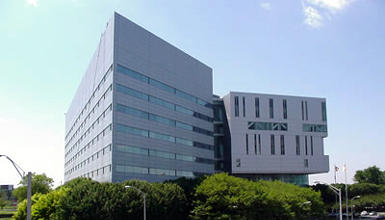 The Trentonian newspaper says a judge has ordered it to stop publishing articles about a child custody case, a ruling that has sparked concerns about press freedom and violation of First Amendment rights.

Superior Court Judge Craig Corson issued a temporary injunction in October against the 30,000-daily circulation newspaper over its reporting on the case of a 5-year-old who allegedly brought drugs to school multiple times.

On Oct. 26, the paper published a piece by reporter Isaac Avilucea, who had obtained court documents about a 5-year-old in Trenton who was placed in foster care after heroin was found in his lunch box. About a month later, crack was allegedly found in one of the boy’s folders.

Corson’s injunction against using the documents was followed by a New Jersey Attorney General’s Office request to continue the order.

The paper said they were immediately filing a motion to unseal the documents related to the case.

NorthJersey.com reports Avilucea got the documents when he was approached by the parents of the boy in question outside the courtroom. Prosecutors claim Avilucea stole the documents, but the paper claims the boy’s parents asked him to write the story.

Avilucea was confronted by state officials in the courthouse after getting the documents, but did not turn them over, and reported on the case despite Corson’s oral injunction from the bench.

After the story was published, the New Jersey Attorney General’s Office filed a motion to continue Corson’s injunction. Judge Rodney Thompson is scheduled to hear arguments for and against the injunction Wednesday in Superior Court.

Prosecutors argue the documents contain sensitive, confidential material -- such as biographical details and addresses -- that could harm the child and damage their investigation.

Attorneys for the paper are arguing that the boy’s parents parted with the documents willingly, and that filing a prior restraint order is a clear violation of well-tested First Amendment rights.

In an editorial, the newspaper writes the information in the complaint document was important to the story.

“The complaint details to whom the drugs may have belonged, complications in charging someone in the crack cocaine case while also explaining why child welfare officials allowed the boy to remain with his grandmother, Ernestine Woodard, after 30 packets of heroin were found in his lunchbox last month,” the editorial stated.

In addition to the editorial merits of the story, the newspaper and others argue a prior injunction against reporting is a clear violation of First Amendment rights, and similar injunctions have been repeatedly struck down in the courts.

The issue was most famously litigated before the Supreme Court in New York Times Co. v. United States over the Pentagon Papers, which detailed the U.S. government’s history in Vietnam from 1945 to 1967, and exposed government deception surrounding the Vietnam War.

The Nixon administration vociferously fought their publication, arguing it would do irreparable harm to national security. The Supreme Court ruled that essentially the government cannot tell the press what it does and does not publish.