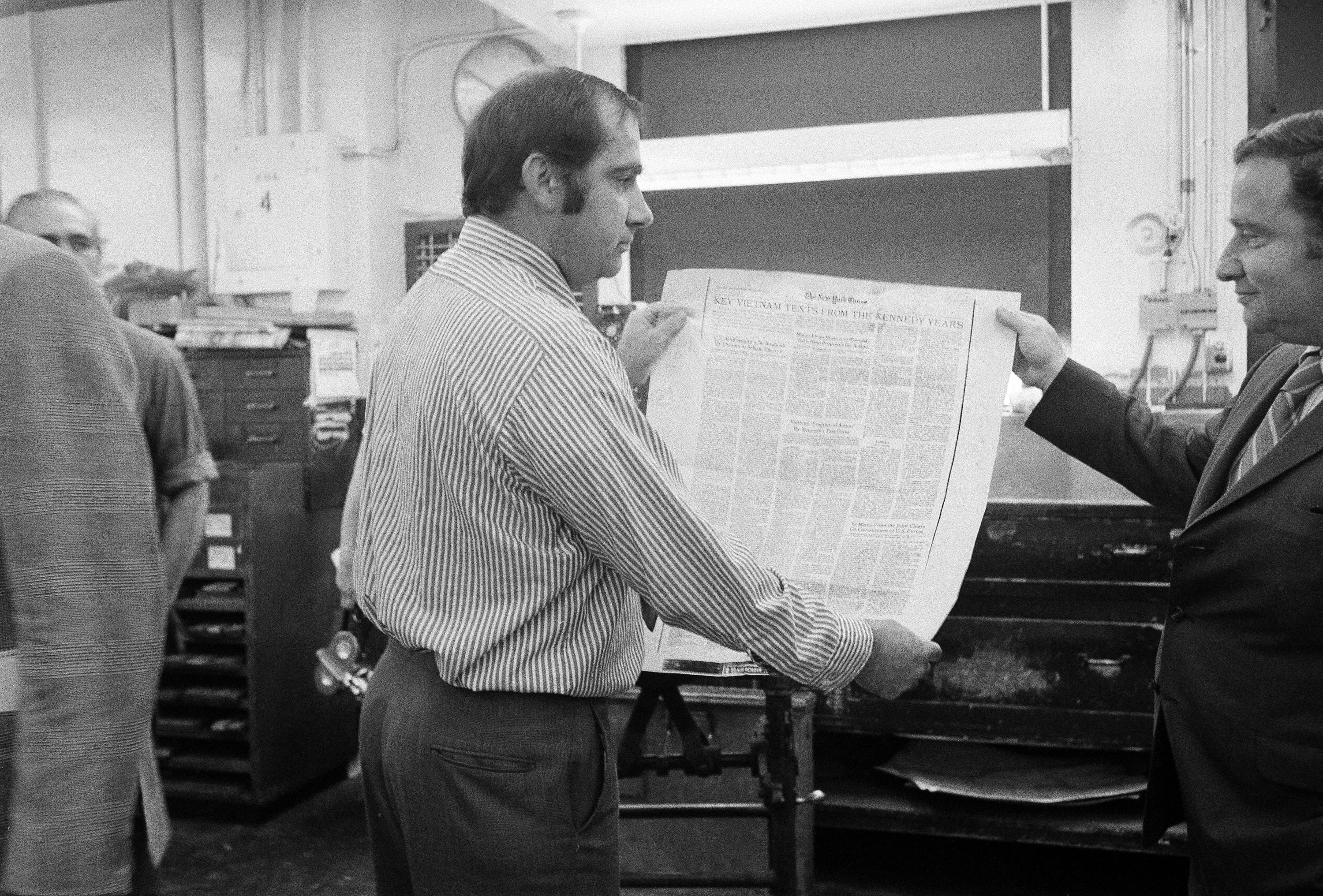 The National Archives on Monday released the complete Pentagon Papers to the public for the first time in history. The documents, which detail the U.S. government's military and political history in Vietnam from 1945 to 1967, were partially leaked in 1971 to expose government deception surrounding the Vietnam War. Today, Americans can read the full 7,000 page document in its entirety without security clearance. (You can read it here.)

George Wilson, the former Pentagon correspondent for The Washington Post, at the time participated in secret discussions related to the appellate court case that resulted from the Nixon administration's attempt to prevent the publication of the Pentagon Papers. (Ultimately, case advanced all the way to the Supreme Court which ruled in favor of publication.) Below, Wilson tells CBS News how he single-handedly torpedoed the government's attempt to convince a judge that publication of the Pentagon Papers would result in irreparable harm to the national security.

In the chambers of the Appeals Court, Admiral Noel Gayler [then the National Security Adviser] gave Judge [David] Bazelon a top-secret letter sealed with red wax which claimed the U. S. in 1971 was still intercepting radio messages being sent to North Vietnamese military units. An intercepted message was in the Pentagon Papers. If that message were printed in The Washington Post, the admiral argued, not only would a vital intelligence asset be lost but American lives might be endangered. Bazelon read the letter, then passed it down the row of prosecutors; then to Post lawyers, and finally to me.

"What do we do now, George?" William Glendon, the Post's lead lawyer, asked me. (I had been cleared as The Post's military consultant for the secret sessions conducted in Bazelon's chambers.)

"Bill. I've read this intercept someplace before," I said.

"Don't fake it here, George," the skeptical Glendon stage whispered to me.

"What are you doing," a government prosecutor asked loudly and deprecatingly, "putting Wilson up against Admiral Gayler?"

"Stall for time, Bill, so I can look through this stuff in my briefcase," I urged.

Bazelon gave us a short time. Under all that pressure, my mind showed me a page from the Fulbright hearings that the Pentagon had cleared for public release. I saw the message in my mind. I also saw in my mind that it had been printed on page 34 in a hearing book cleared by the Pentagon itself. Best of all, I had the right hearing book with the printed intercept displayed on page 34, left hand side, with me. I opened the hearing book and showed the printed intercept to Glendon. He hit a home run with it, shouting out to the assemblage in Bazelon's chambers: "How dare the United States government accuse The Washington Post of endangering the nation by printing something the Pentagon itself has cleared for publication?"

Fred Buzhardt, an old friend who was general counsel for the Pentagon at that time and standing with the prosecutors in Bazelon's chambers, limply asked me for the page number and the title of the Fulbright hearing book which had printed the intercept, except for the time group.

Fritz Beebe, chief counsel for what was then The Post-Newsweek corporation, was exultant over my find. He had witnessed the confrontation in Bazelon's chambers. He invited me to ride back to the Post in the company limo, a first for this shiny pants reporter. I usually took cabs from the court house.

At the victory dinner in Kay Graham's house after the Supreme Court had ruled for the Post, Fritz urged executive editor Ben Bradlee: "Call on Scoop Wilson. He's the one who won the case for us." I made a speech about how it was easy for the Post to take on the federal government, compared to countless papers in the boonies who did not have the money to do it. Therefore, it was our obligation and duty to take on the government for shutting down our newspaper.