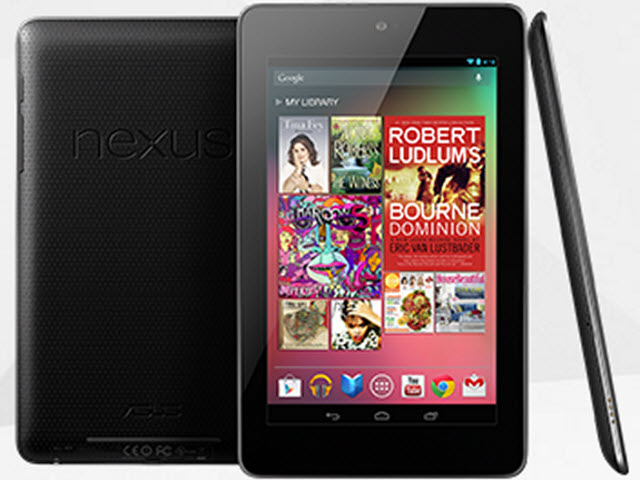 (MoneyWatch) There have been rumors that Google (GOOG) will announce new tablets and phones during an Oct. 29 event. There are various rumors about what will be included. They include a new Nexus 4 phone from LG and a 10-inch tablet.

One rumor I've been able to confirm is that a Nexus 7 tablet will ship with 32 gigabytes of storage, double the current top option of 16 gigabytes. The source has actually seen the devices and said that they are already sitting in back rooms of retail chains, although salespeople are not supposed to mention the product to customers.

There have been reports of some of these new tablets selling at Staples ahead of the official launch date. Apparently the price, according to the source, will be $249, which is the same as the 16 gigabyte model today. The 16 gigabyte model will likely drop to $199; the 8 gigabyte model either disappears from the lineup or may become the $99 tablet that Google is rumored to being ready to release.

Such a set of tablets would undercut the equivalent Kindle Fire models from Amazon (AMZN), which start at $159 and move up to $299.

The question is how this all will play if Apple (AAPL) launches the so-called mini iPad this month, a version with a smaller screen that would likely retail for significantly less than the full iPad with the bigger screen.

Given the iPad's massive consumer recognition, breaking through with less expensive smaller devices could be difficult. For example, third party analysis suggests that Amazon sold 5 million Kindle Fires in the U.S. That's hardly insignificant, but still low compared to the more expensive iPads. If Apple does release a smaller and less expensive device, it could undercut both Amazon and Google and reduce the potential market for their tablets.