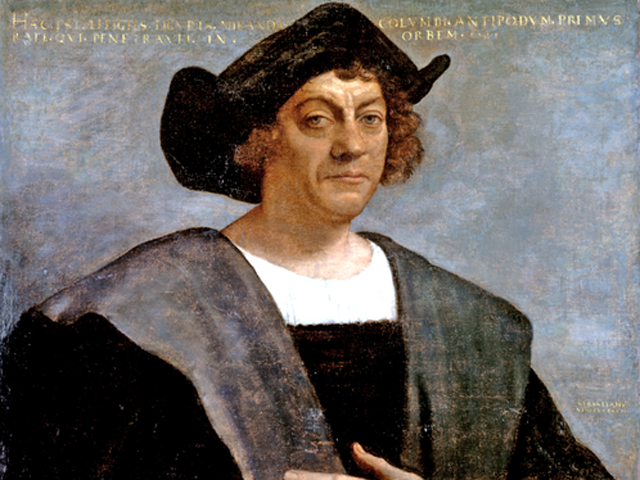 In 1492, Columbus sailed the ocean blue, but when he returned from 'cross the seas, did he bring with him a new disease?

New skeletal evidence suggests Columbus and his crew not only introduced the Old World to the New World, but brought back syphilis as well, researchers say.

Syphilis is caused by Treponema pallidum bacteria, and is usually curable nowadays with antibiotics. Untreated, it can damage the heart, brain, eyes and bones; it can also be fatal.

The first known epidemic of syphilis occurred during the Renaissance in 1495. Initially its plague broke out among the army of Charles the VIII after the French king invaded Naples. It then proceeded to devastate Europe, said researcher George Armelagos, a skeletal biologist at Emory University in Atlanta.

"Syphilis has been around for 500 years," said researcher Molly Zuckerman at Mississippi State University. "People started debating where it came from shortly afterward, and they haven't stopped since. It was one of the first global diseases, and understanding where it came from and how it spread may help us combat diseases today."

The fact that syphilis is a stigmatized sexually transmitted disease has added to the controversy over its origins. People often seem to want to blame some other country for it, said researcher Kristin Harper, an evolutionary biologist at Emory. [Top 10 Stigmatized Health Disorders]

Armelagos originally doubted the so-called Columbian theory for syphilis when he first heard about it decades ago. "I laughed at the idea that a small group of sailors brought back this disease that caused this major European epidemic," he recalled. Critics of the Columbian theory have proposed that syphilis had always bedeviled the Old World but simply had not been set apart from other rotting diseases such as leprosy until 1500 or so.

However, upon further investigation, Armelagos and his colleagues got a shock — all of the available evidence they found supported the Columbian theory, findings they published in 1988. "It was a paradigm shift," Armelagos says. Then in 2008, genetic analysis by Armelagos and his collaborators of syphilis's family of bacteria lent further support to the theory.

Still, there have been reports of 50 skeletons from Europe dating back from before Columbus set sail that apparently showed the lesions of chronic syphilis. These seemed to be evidence that syphilis originated in the Old World and that Columbus was not to blame.

Armelagos and his colleagues took a closer look at all the data from these prior reports. They found most of the skeletal material didn't actually meet at least one of the standard diagnostic criteria for chronic syphilis, such as pitting on the skull, known as caries sicca, and pitting and swelling of the long bones.

"There's no really good evidence of a syphilis case before 1492 in Europe," Armelagos told LiveScience.

The 16 reports that did meet the criteria for syphilis came from coastal regions where seafood was a large part of the diet. This seafood contains "old carbon" from deep, upwelling ocean waters. As such, they might fall prey to the so-called "marine reservoir effect" that can throw off radiocarbon dating of a skeleton by hundreds or even thousands of years. To adjust for this effect, the researchers figured out the amount of seafood these individuals ate when alive. Since our bodies constantly break down and rebuild our bones, measurements of bone-collagen protein can provide a record of diet.

"Once we adjusted for the marine signature, all of the skeletons that showed definite signs of treponemal disease appeared to be dated to after Columbus returned to Europe," Harper said, findings detailed in the current Yearbook of Physical Anthropology.

"What it really shows to me is that globalization of disease is not a modern condition," Armelagos said. "In 1492, you had the transmission of a number of diseases from Europe that decimated Native Americans, and you also had disease from Native Americans to Europe."

"The lesson we can learn for today from history is that these epidemics are the result of unrest," Armelagos added. "With syphilis, wars were going on in Europe at the time, and all the turmoil set the stage for the disease. Nowadays, a lot of diseases jump the species barrier due to environmental unrest."

"The origin of syphilis is a fascinating, compelling question," Zuckerman said. "The current evidence is pretty definitive, but we shouldn't close the book and say we're done with the subject. The great thing about science is constantly being able to understand things in a new light."