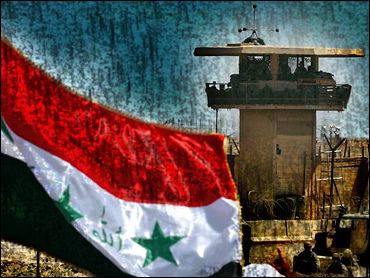 Thirty-nine prisoners have died in U.S. custody in Iraq and Afghanistan since the fall of 2001 and there have been 94 cases of proven or suspected abuse, the Army said in a broad new report giving a more precise and higher estimate of the scale of the abuse.

The Army inspector general's report also gives new details about the alleged abuses, including evidence that troops conspired to make Iraqi prisoners jump off a bridge, that one interrogator hit a prisoner in the head during questioning and that a sergeant told subordinates to "rough up" detainees.

The Army report - which does cover detainees at Guantanamo Bay - concludes there were no systemic problems that caused or contributed to the abuses. All of the wrongdoing was committed by soldiers who violated Army rules and regulations, at times aided by commanders who either encouraged abuses or looked the other way, Inspector General Lt. Gen. Paul Mikolashek said Thursday.

Senate Democrats, pointing to deficiencies in training and inconsistencies in doctrine outlined in the Army report, immediately challenged that finding.

"It is difficult to believe there were not systemic problems with our detention and interrogation operations," Michigan Sen. Carl Levin, top Democrat on the Armed Services Committee, said at a hastily called hearing.

The acting Army secretary and its top general said they took responsibility for the abuses while insisting that they were not sanctioned by Army leadership.

Army Chief of Staff Gen. Peter Schoomaker said mistakes were understandable, though not excusable. Troops must be trained to contain their anger at prisoners who had been trying to kill them, he said.

"It's in the middle of a rumble that this is happening," Schoomaker said.

The prisoner abuse scandal burst into public view this spring, when photographs surfaced showing beatings and humiliations of Iraqis held at the Abu Ghraib prison. Seven Army enlisted soldiers have been charged with abusing detainees at the prison outside Baghdad. One has pleaded guilty and been sentenced to a year in prison and a dishonorable discharge.

Brownlee ordered Mikolashek to review detention practices in February, two months before the pictures appeared, based on internal reports of abuse that had reached the Pentagon.

The Pentagon previously had said it could not provide a definitive number of abuse cases. In May, it said it was looking into 37 possible abuse death cases.

The report added new details about other abuses, including: