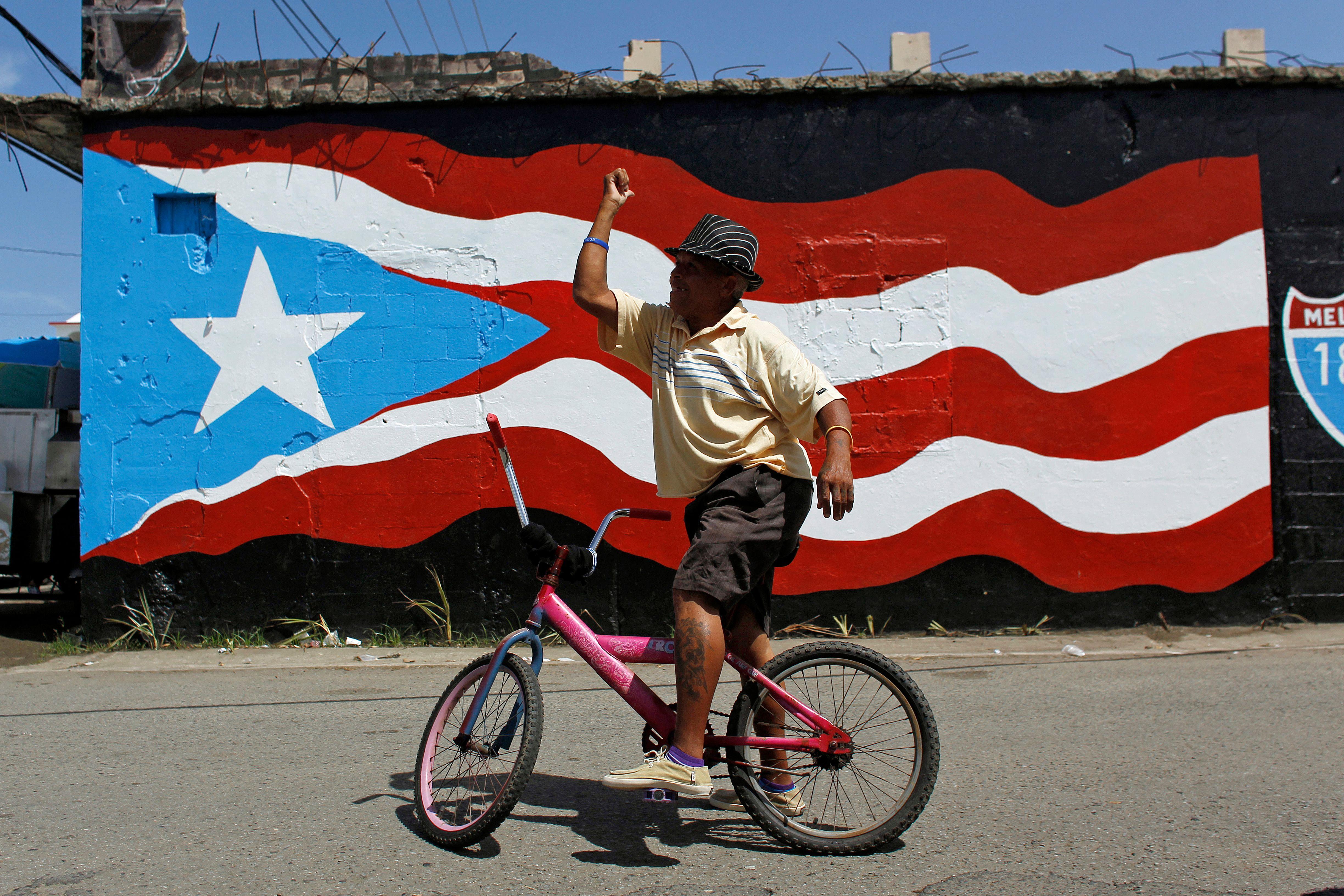 Critics of the Trump administration's response to the hurricanes that ravaged Puerto Rico last year are launching a seven-figure campaign to mobilize displaced Puerto Rican voters ahead of the midterm elections – and planning big demonstrations in New York and Florida to mark the anniversary of Hurricane Maria.

In recognition of the anniversary, a major protest is to take place at President Trump's Mar-a-Lago estate in Florida on Sept. 22, two days after a memorial service and march on Trump Tower in New York, according to organizers.

The events are part of a new project launched by the Latino Victory Project (LVP), a liberal group that supports Latino Democratic political candidates and works to register and mobilize Latinos to vote, and Power 4 Puerto Rico (P4P), an upstart organization that has spent the last year working to draw more attention to the stunted recovery on the island.

LVP, which has spent years raising and spending millions of dollars on behalf of Latino political candidates, now plans to devote at least $1.5 million to locate, register and then turn out displaced Puerto Ricans living in Florida and other states, including Georgia and Pennsylvania. The project could be especially critical to Democratic chances in Florida, home to competitive gubernatorial, Senate and House elections this year. Both major parties and several other political groups are investing millions of dollars to woo former residents of Puerto Rico, where political activism is a big part of the island's culture.

Florida Gov. Rick Scott, who is now running to defeat Sen. Bill Nelson, D-Florida, is already spending millions of dollars in Spanish-language television ads especially in the Orlando area, where the majority of Florida's Puerto Rican population resides. Nelson and Scott have made multiple trips to the island in the past year to show their support – hoping that island residents will let family and friends living in the mainland U.S. about the outreach.

While Florida is on the verge of becoming the mainland state with the largest group of Puerto Rican transplants, several years of economic uncertainty and chaotic response to natural disaster has forced hundreds of thousands to relocate to other states as well. Higher numbers are moving to parts of Georgia, Pennsylvania, Texas and North Carolina, leading political activists in both major parties to believe they could help shore up candidates in local or statewide races. Puerto Ricans voters remain an influential voting bloc in New York and New Jersey, two states that have been preferred mainland destinations for much of the past century.

Luis Miranda, a longtime New York-based Democratic political operative and LVP's board chairman, said in a statement that the "gross negligence" of the federal response to last year's hurricanes "must never be repeated."

"By raising awareness of the crisis and empowering our community we can begin to repair the damage that has been done to my beloved Puerto Rico," Miranda said.

Melissa Mark-Viverito, director of Power 4 Puerto Rico and the former speaker of the New York City Council, said the march in New York and the protest at Mar-a-Lago are all part of a plan to keep the plight of her native island in the news.

"We have a fiscal crisis that exists compounded by the emergency of the hurricane," she said in an interview ahead of Monday's formal announcement. "People don't have jobs to go back to, people don't' have homes that have been rebuilt properly and there are families that continue to be displaced because of medical issues. Events leading up to the one-year anniversary are really going to highlight the reality that Puerto Rico is living."

In addition to events in New York on Sept. 20, Mark-Veverito said her group is also planning to have activists in Washington meeting with lawmakers to boost federal assistance to Puerto Rico.

The Sept. 22 protest is expected to include large placards detailing some of the more troubling statistics from the hurricane's aftermath, including the number of months some parts of the island went without electricity; the growing suicide rate; and the number of closed schools and hospitals. Local faith leaders are also working on a plan to place small crosses on a beach near Mar-a-Lago to commemorate the number of lives lost in the storm. It is being held on the 22nd, a Saturday, because "we wanted to make sure it was on a Saturday where it would be easier to facilitate the mobilization of people to that location," Mark-Viverito said.

Puerto Rican authorities last week said in a report to Congress that there were 1,427 more deaths "than normal" in the wake of Hurricane Maria and Hurricane Irma, which churned on a path just north of the island two weeks before Maria hit last September.

But the report said that the 1,427 deaths in the four months after the storms "may or may not be attributable to the hurricanes." It said the figure topping 1,400 was based on data from the four years before 2017, when the two hurricanes hit the island.

The report, which also details an ambitious recovery plan for the island, noted that an initial official estimate said 64 lives were lost, and that the official number is being reviewed as part of a George Washington University study, which was commissioned by Puerto Rico Gov. Ricardo Rosselló.

The campaign between LVP and P4P hopes to identify and endorse Puerto Ricans living in Florida and other states who are seeking political office. That includes working on behalf of Rep. Darren Soto, D-Florida, the first Puerto Rican elected to Congress from Florida.

Finally, the new project will continue LVP's work of recruiting and training displaced Puerto Ricans interested in running for office. The American Dream Project is a partnership with NextGen, a group founded by billionaire liberal activist Tom Steyer.

More details on the new campaign are set to be announced later Monday.