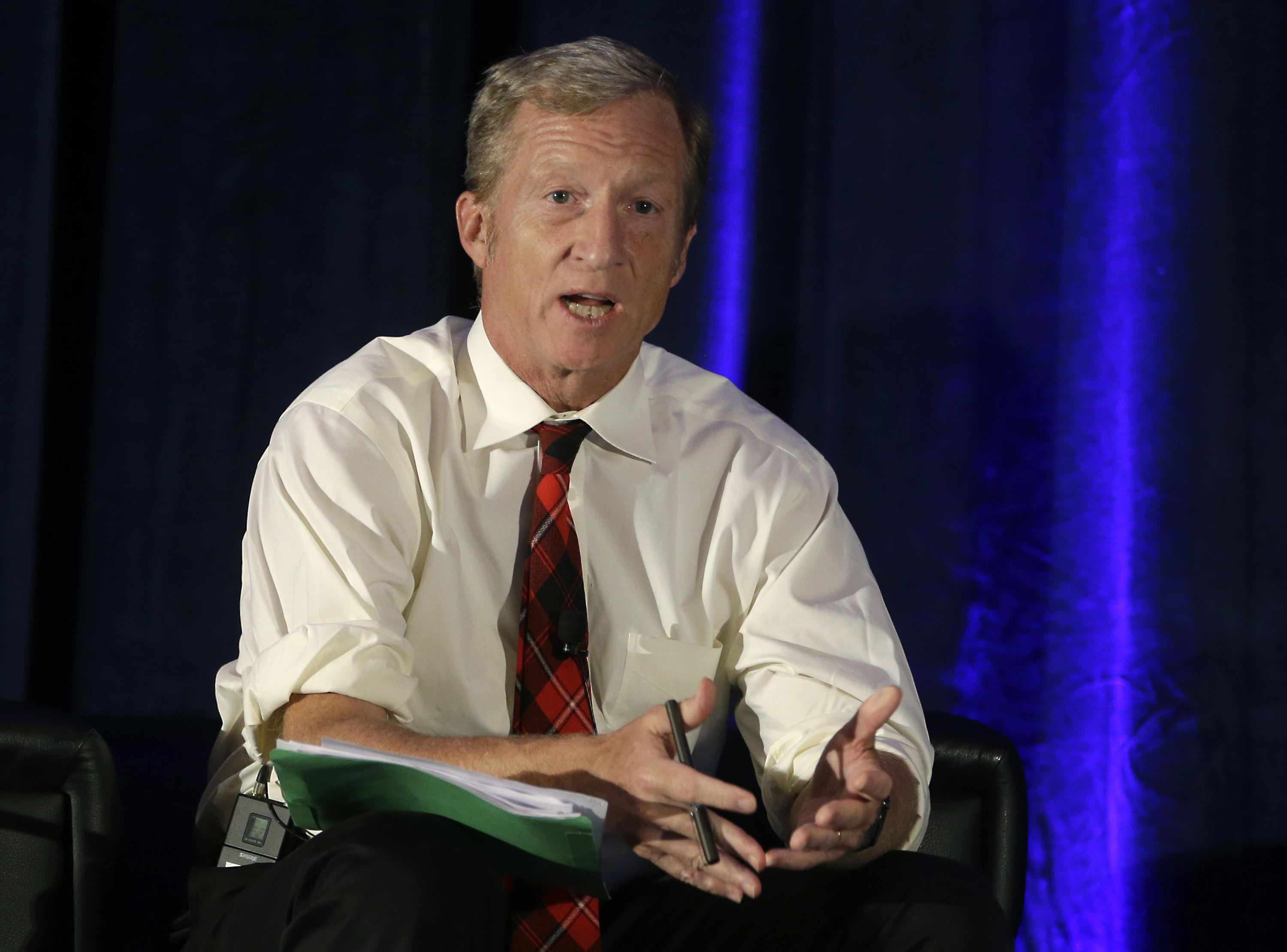 Billionaire activist and Democratic donor Tom Steyer announced Monday that he doesn't plan to run for office this year and instead will focus on mobilizing young voters to turn out and help elect progressive candidates.

"The task which I feel called to do is organizing and mobilizing America's voters," Steyer said at a press conference in Washington, D.C. "I'm not going to run for office in 2018 -- that's not where I can make the biggest difference."

He said that 2018 is going to be a fierce debate between "two radically different visions of America" and he wants to spend it by ensuring a "just, inclusive and prosperous America" and help Democrats take back control of the House next year.

Steyer added that he is redoubling his efforts with his "Need to Impeach" campaign, which he said resonates with voters in every state.

"They want to hear impeachment in the national debate," he said. "We are really focusing on removing this president."

He unveiled his impeachment campaign in October.