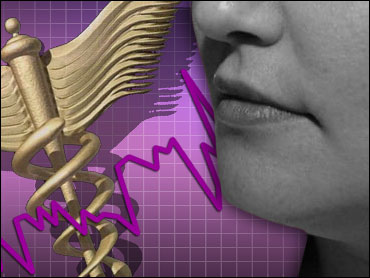 An unfortunate combination of two interactive proteins may be behind the familiar redness and irritation of the common skin disease rosacea.

Until now, many of the nearly 14 million Americans who suffer from rosacea could tell you what triggers make their condition worse, like spicy foods, heat, alcohol, or even embarrassment. But researchers say they didn't know what exactly caused rosacea.

A new study suggests that overproduction of two inflammatory proteins results in abnormally high levels of a third protein, which causes rosacea's symptoms, including visible blood vessels, bumps, or pimples.

"It's like having lots of gasoline ... and a match," says Richard L. Gallo, M.D., professor of medicine and chief of the division of dermatology at the University of California, San Diego, in a news release. "A trifecta of unfortunate factors in people with rosacea."

Rosacea is more likely to occur in people with fairer skin. Facial redness and swelling are characteristic features, which can make it be confused with acne.

There is no cure, but treatments are used to help lessen signs of rosacea. These can include oral antibiotics and topical drugs.

In the study, published in Nature Medicine, researchers looked at why people with rosacea have elevated levels of small antimicrobial peptides (protein-building blocks) that are part of the body's natural defense system.

They looked at cathelicidin, which normally protects the skin against infection. People with rosacea had higher than normal levels of cathelicidin as well as another group of enzymes called stratum corneum tryptic enzymes (SCTE).

Researchers found mice injected with these proteins developed increased inflammation in their skin, and these proteins reacted to the same triggers as rosacea.

"Too much SCTE and too much cathelicidin lead to the abnormal peptides that cause the symptoms of this disease," says Gallo. "Antibiotics tend to alleviate the symptoms of rosacea in patients because some of them work to inhibit these enzymes. Our findings may modify the therapeutic approach to treating rosacea, since bacteria aren't the right target."


Living with rosacea? Find support and information on WebMD's Skin Care: Share Your Tips board