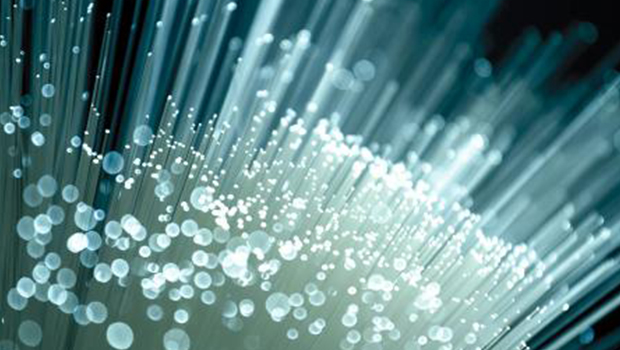 A team of Caltech researchers may have developed a way to tremendously increase the speed of the Internet. It all boils down to a single-frequency laser.
Why lasers? Light is one of the best ways to transmit information, as is done via optical-fiber cable. But for laser lights to tap into this potential, they must be as close to a single frequency as possible. It's a challenge that researchers have been attempting to tackle for years.
The discovery could significantly increase the rate of data transmission in the optical-fiber network, the "backbone of the Internet," according to the press release.
Dr. Christos Santis, a postdoctoral student, and graduate students Scott Steger led the team, working out of the lab of Dr. Amnon Yariv. Yariv's lab is also responsible for developing the laser that's currently used to power the worldwide optical-fiber network.
Developed more than 40 years ago, the distributed-feedback semiconductor (S-DFB) laser once offered "unparalleled spectral purity." But as the world has come to rely so heavily on the Internet, and demand for bandwidth continues to increase, the S-DFB is no longer sufficient.
"What became the prime motivator for our project was that the present-day laser designs—even our S-DFB laser—have an internal architecture which is unfavorable for high spectral-purity operation. This is because they allow a large and theoretically unavoidable optical noise to comingle with the coherent laser and thus degrade its spectral purity," Yariv said in the release.
Five years in the making, the newly developed laser has a range of frequencies 20 times narrower than the S-DFB laser. One of the key differences is that the new laser does not absorb light. Absorbing light, as the S-DFB's III-V semiconductors did, leads to decreased spectral purity.
The new laser uses the same material to convert current to light, but it stores it in a new silicon layer. The silicon layer does not absorb light, allowing for greater spectral purity.
"This purity can never be absolute -- a limitation of the laws of physics -- but with the new laser, Yariv and his team have tried to come as close to absolute purity as is possible," the press release stated. It should allow videos, photographs and other large files to be transmitted at much faster rates.
The findings are published online in the February 10-14 edition of the Proceedings of the National Academy of Sciences.