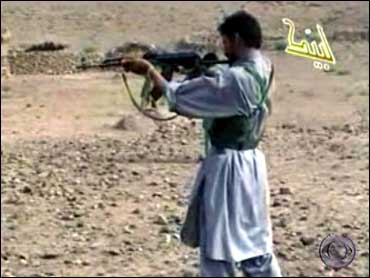 Five and a-half years after 9/11, Osama bin Laden and his chief deputy, Ayman al-Zawahiri, remain at large, CBS News chief investigative correspondent Armen Keteyian reports. To most Americans, they are the unquestioned face of terror in this country — and the prospect of finding and identifying others ready to replace them is an intricate, ever-evolving puzzle.

"There are a new brand of leaders who have emerged over the past year, and I think those are the ones who are more difficult to identify," says John Brennan, former Director of National Counterterrorism Center and a CBS News consultant.

But CBS News has learned the identity of the man who replaced Khalid Sheikh Mohammed as the operations leader of al Qaeda — an Egyptian named Khalid Habib, a man a top FBI official today called "one of the five or six most capable, most experienced terrorists in the world."

Al Qaeda operatives, once scattered, are regrouping in mountainous Western Pakistan — fertile ground for creating what intelligence officials describe as a "never-ending stream of insurgents."

"These are people who make even bin Laden appear moderate. The new generation of jihadists are more radicalized, more intent for dramatic violence," says Paul Cruickshank of the NYU Center on Law and Security.

This generation has, in turn, sparked the growth of as many as 50 associated groups in places like North Africa and Southeast Asia.