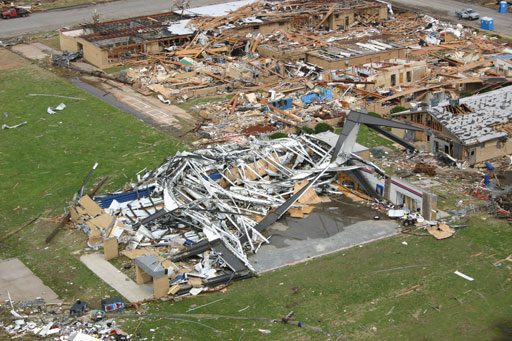 No one's yet succeeded in prying loose the details of the secret project under development by Manchester, New Hampshire, inventor Dean Kamen, code-named "Ginger" and "IT" and in January widely believed to be a new kind of scooter that would be more than a toy.

But a new report suggests the engine that powers the scooter, and not the scooter itself, may be the thing that's truly revolutionary.

Investigative journalist Adam Penenberg, author of a book on industrial espionage, reportedly says he's found evidence indicating that Kamen is working on a Stirling engine, an invention engineers have been trying to perfect for over 150 years.

The Boston Globe reports that Penenberg, in an upcoming Inside Magazine article, says "People are transfixed by the scooter, but they are missing the bigger picture."

Speculation now centers on the theory that Kamen has built, or is trying to build, a Stirling engine which would be small enough and inexpensive enough to allow homes and businesses to generate their own power without relying on power grids such as the often maxed-out power system in California.

Kamen has made it clear that he and his company, DEKA Research & Development, do not plan to reveal the details of their secret project until next year.

But some of the biggest names in business, including Steve Jobs of Apple Computer and Jeff Bezos of Amazon.com, have offered financial support for whatever it is that's cooking in Kamen's workshop.

Kamen, the holder of over 100 patents in the U.S. and abroad and the founder of three medical device companies, won the National Medal of Technology last year for inventions that have advanced medical care.

The best known include an insulin pump and the i-bot, a wheelchair that can drive through sand and climb stairs.

Inside Magazine says the engine Kamen's believed to be developing would be emission-free, and calls the scooter "the first generation of a new mode of transportation that will compete with and possibly replace automobiles," with ramifications affecting the environment, the energy business and global politics.

Among the many scientists following the Kamen guessing game with interest is Brent Van Arsdell, an aeronautic engineer in Wichita whose professional career is devoted to getting the word out about Stirling Engines.

In an interview with CBSNews.com, Van Arsdell, president of the science education company American Stirling, says that while the engines themselves aren't new, a new way of using the engines could indeed change the world.

Van Arsdell says the basic model was invented in 1816 by Church of Scotland minister Rev. Robert Stirling, to provide a safe alternative to steam engines, which in those days often exploded, maiming and killing nyone who happened to be nearby.

Stirling engines are a type of heat engine - that is, running on heat as opposed to air pressure or hydraulics. Unlike other kinds of engines which take in more air each cycle, Stirlings reuse the same air and save some of the heat to be used in the next cycle.

"Stirling engines are important because they have the maximum possible theoretical efficiency," explains Van Arsdell. "They're more important to the modern world because they can be built to run indefinitely. You can literally build one that will run for years before having to shut it down."

He says that's because they "can be extremely clean-burning" and "have a very small number of moving parts."

But they aren't right for every kind of machine.

The engines are used now on submarines built by the Swedish company Kockums as well as in cryogenics and in some night vision devices.

Van Arsdell notes that a major obstacle in efforts to widen use of the Stirling engine has been the fact that the "hot side of the engine gets up to the average temperature of the flame. So you can't use a cheap metal, it will very quickly burn through. You need to use a modern jet engine alloy."

He says "that's why even though it was invented over 150 years ago, it wasn't really possible to build a great Stirling engine back then, because the materials didn't exist."

Van Arsdell, who teaches about Stirlings with models including one which is powered only by the heat in the palm of one's hand, says says they could be used for power generation in homes and businesses.

If that's what Kamen is working on, says Van Arsdell, "it's an application breakthrough - the killer application for Stirling engines."

"You need to build a good Stirling engine, capable of running for twenty years without maintenance, but those things are doable," says Van Arsell. "There's no question that it can be done."

By Francie Grace © MMI Viacom Internet Services Inc. All Rights Reserved. This material may not be published, broadcast, rewritten, or redistributed. The Associated Press contributed to this report