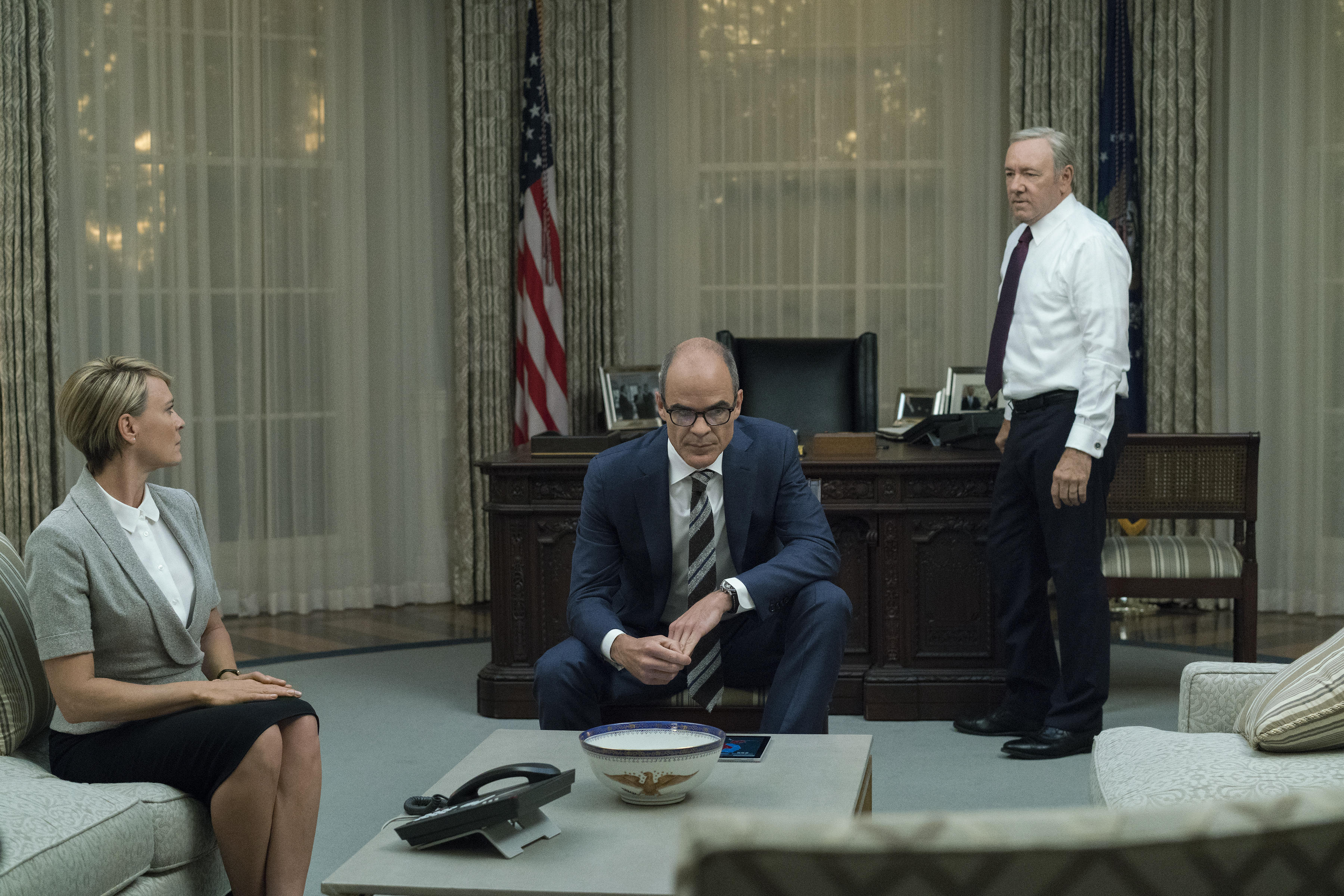 LOS ANGELES — Netflix is exploring a "House of Cards" spinoff. The news comes just after the streaming service announced that the show would end after its sixth season, amid fallout from Spacey's alleged misconduct toward a 14-year-old actor in the 1980s. The company said the decision to end "House of Cards" came months ago and was not a response to Anthony Rapp's recent allegations that Spacey made a sexual advance on him when he was a teenager.

Variety reports that Netflix is moving forward with plans for a spinoff and has a few ideas in the running. Netflix is reportedly considering a show focused around Doug Stamper, the political aide played by Michael Kelly in the first five seasons of "House of Cards," and two other concepts.

The final "House of Cards" episodes are in production, with a release date yet to be announced. Variety reports that Spacey is not currently on set.

Spacey has apologized for the incident, which he said he doesn't recall but which could have stemmed from "drunken behavior." He also spoke publicly for the first time about being gay, a statement that prompted significant backlash from gay rights advocates.