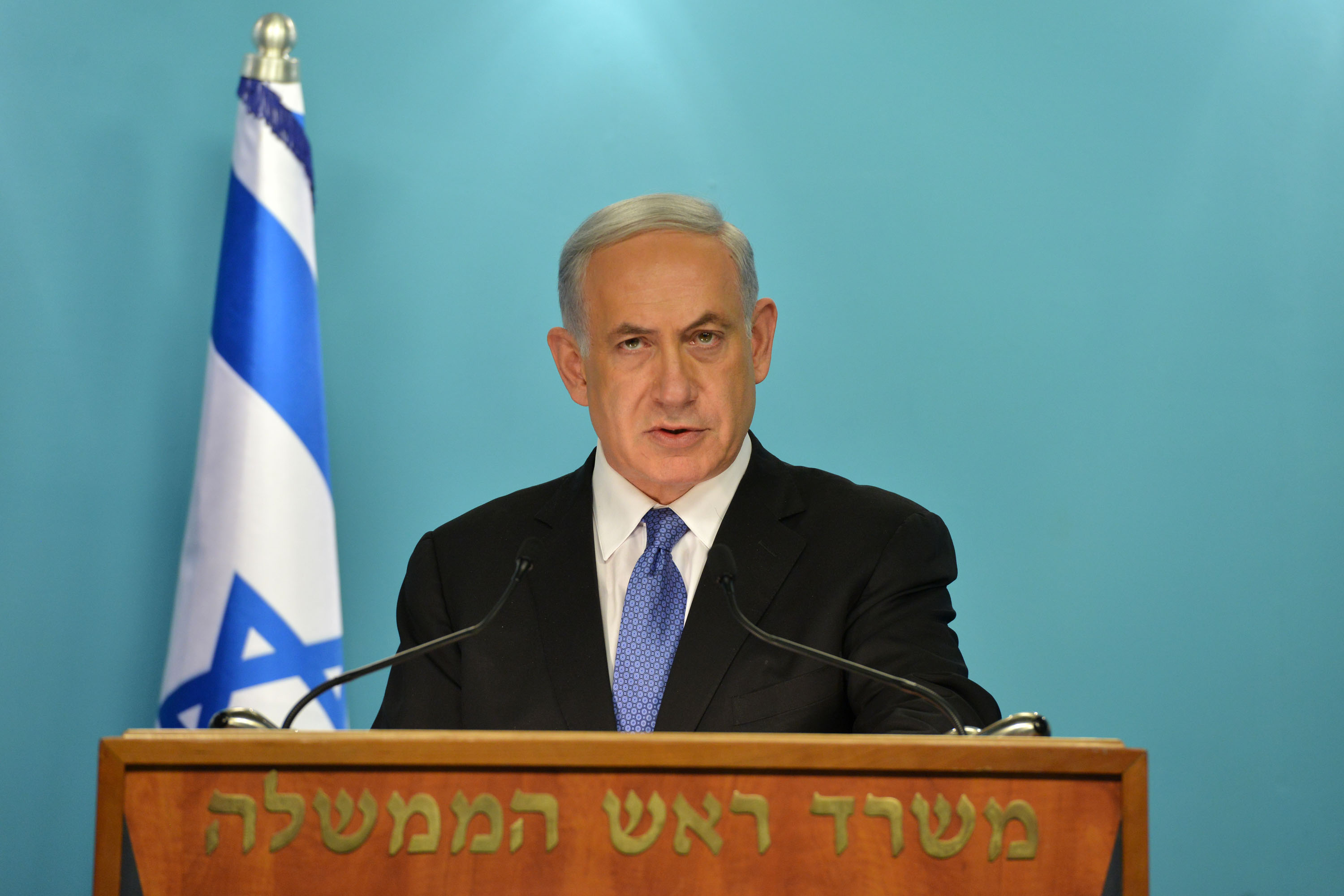 Israeli Prime Minister Benjamin Netanyahu made the rounds Sunday on America's political talk shows, criticizing the recent nuclear agreement that the U.S. and other world powers have struck with Iran.

"I think for the preeminent terrorist state of our time to have a free pass, an easy pass to nuclear weapons endangers Israel, it endangers the region, endangers the world, it endangers everyone listening to me right now," Netanyahu said Sunday on ABC, adding that Iran intends "to use it to pump up their terror machine worldwide and their military machine that is busy conquering the Middle East now."

"Nothing has been asked of Iran, to change its aggressive and terrorist policies, nothing. And I think it's important to change the deal, to toughen up the deal, to get a better deal," the newly re-elected prime minister continued.

The Israeli leader, continuing his media blitz of U.S. news outlets, repeated the warning to CNN about Iran's "terror machine."

The prime minister worried that the lifting of crippling sanctions from the country would mean that "billions and billions of dollars flow into the Iranian coffers, not for schools or hospitals or roads, but to pump up Iran's terror machine throughout the world."

When asked about the alternatives to the framework, Netanyahu insisted to the cable network that there was a "third alternative" to settling with a bad deal or declaring war.

"[T]hat is: standing firm, ratcheting up the pressure, until you get a better deal," Netanyahu said. "And a better deal would roll back Iran's vast nuclear infrastructure and require Iran to stop its aggression in the region, its terror worldwide, and its calls and actions to annihilate the state of Israel. That's a better deal. It's achievable."

Instead, the Israeli leader says, the accord brokered in Lausanne, Switzerland is one where "what has been illegitimate is being legitimized."

"Iran's nuclear program is being legitimized," Netanyahu told CNN. "And they're given the ability not only to maintain their infrastructure, but to -- within a few years to increase it."

And despite rumors of worsening relations between the leaders of Israel and the United States, Netanyahu denied that there was any "personal issue" between President Obama and himself.

"It's a difference of policy, not a clash of personalities," Netanyahu said. "I trust that the president is doing what he thinks is good for the United States. But I think that we can have a legitimate difference of opinion on this."

"I'd like the U.S. and other members of the P5+1 to get a better deal. There is still time," the prime minister said, repeating his call to "ratchet up the sanctions" on NBC. "This is a dream deal for Iran and a nightmare deal for the world."

"Is there a better deal to be had? I think so. What I would suggest is if you can't get there with this deal is to keep the interim deal in place, allow a new president in 2017, Democrat or Republican, to take a crack at the Iranian nuclear program," Graham told CBS News' "Face the Nation."

The current accord was "the best deal Barack Obama could get with the Iranians because they don't fear nor do they respect him and our allies in the region don't trust the president," according to the possible 2016 presidential candidate.

"The best deal I think comes with a new president," the South Carolina senator said. "Hillary Clinton would do better. I think everybody on our side except maybe Rand Paul could do better."

But not all U.S. lawmakers stood behind the Israeli prime minister. Sen. Dianne Feinstein, D-California, criticized Netanyahu over his outspoken reactions to the negotiations.

"I think he's said what he's had to say," the ranking Democrat on the Senate Select Committee on Intelligence said on CNN.

"I wish he would contain himself," Feinstein said, adding that Israel's opposition to the deal wasn't "helpful."