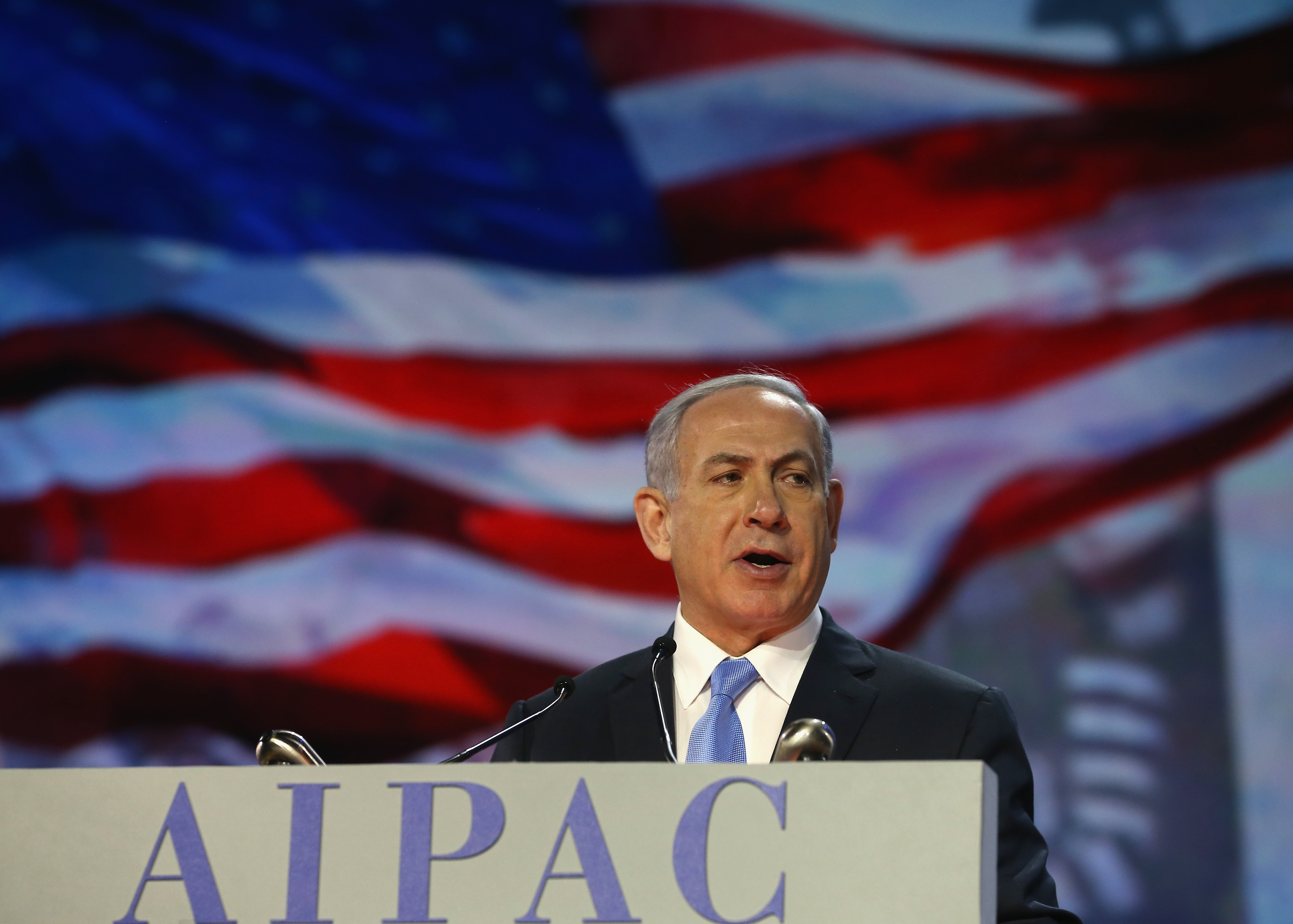 Israeli Prime Minister Benjamin Netanyahu said Monday that his speech to Congress on Tuesday is "not intended to show any disrespect to President Obama or the esteemed office that he holds."

His planned address a joint session of Congress has become a controversial flash point in Washington. Netanyahu was invited by House Speaker John Boehner, R-Ohio, who, in an apparent breach of protocol, did not consult the White House first. President Obama will not meet with Netanyahu, citing a precedent that U.S. officials have a longstanding practice of not meeting with foreign leaders so close to their elections. Israel's elections take place on March 17.

Acknowledging the controversy, Netanyahu said, "Never has so much been written about a speech that hasn't been given."

Netanyahu is expected to lobby against the talks between six world powers and Iran to curb Iran's nuclear ambitions, a deal he says will endanger Israel's security. He said he would not preview the content of the speech, but rather the purpose.

"Iran envelops the entire world with its tentacles of terror," Netanyahu said. "As prime minister of Israel, I have a moral obligation to speak up in the face of these dangers while there's still time to avert them."

"There's not a single day - not one day - that I didn't think about the survival of my country and the actions that I take to ensure that survival," he added.

But his opposition to the talks has created tension with the current administration. In an interview on "CBS This Morning" co-host Charlie Rose's PBS program last week, President Obama's national security adviser, Susan Rice, called Netanyahu's visit "destructive." Boehner has accused the administration of attacking the Israeli prime minister.

But Netanyahu told the cheering crowd of 16,000 that U.S.-Israel relations remain strong.

"You're here to tell the world that reports of the demise of the Israeli-US relation is not only premature, they're just wrong," he said. Later in the speech, when he said the U.S. and Israel are like family, he added, "Our friendship will weather the current disagreement as well to grow even stronger in the future."

Susan Rice, President Obama's national security adviser says a bad nuclear deal with Iran is worse than no deal at all.

Modifying a quote used by President Ronald Reagan, Rice says the U.S. approach to Iran is "distrust, but verify." She says any U.S. deal must verifiably cut off any pathway for Iran to develop a nuclear weapon.

"I want to be very clear: a bad deal is worse than no deal. And, if that is the choice, there will be no deal," she said in remarks to the AIPAC Annual Meeting on Monday.

Samantha Power, the U.S. Ambassador to the United Nations, highlighted the strength of the U.S. commitment to Israel during her remarks before Netanyahu.

"Our commitments to our partnership with Israel are bedrock commitments rooted in shared, fundamental values, cemented through decades of bi-partisan reinforcement. This partnership should never be politicized, and it cannot and will not be tarnished or broken," she said.

But she also pushed back on the idea that American leaders were being shortsighted by engaging on nuclear talks.

"We believe diplomacy is the preferred route to secure our shared aim; but if diplomacy should fail, we know the stakes of a nuclear-armed Iran as well as everyone here," Power said. "We will not let it happen."

Secretary of State John Kerry on Monday said he was concerned about the possibility that details of the ongoing negotiations would be made public, seemingly a warning to Netanyahu ahead of his speech to Congress. Kerry is in Switzerland, where spoke at the U.N. Human Rights Council and is set to meet begin a new round of nuclear negotiations with Iranian Foreign Minister Mohammed Javad Zarif.

"We are concerned by reports that suggest selected details of the ongoing negotiations will be discussed publicly in the coming days," he told reporters. "I want to say clearly, doing so would make it more difficult to reach the goal that Israel and others say they share in order to get a good deal. Israel's security is absolutely at the forefront of all our minds but rightly so is the security of all the other countries in the region, so is our security in the United States."