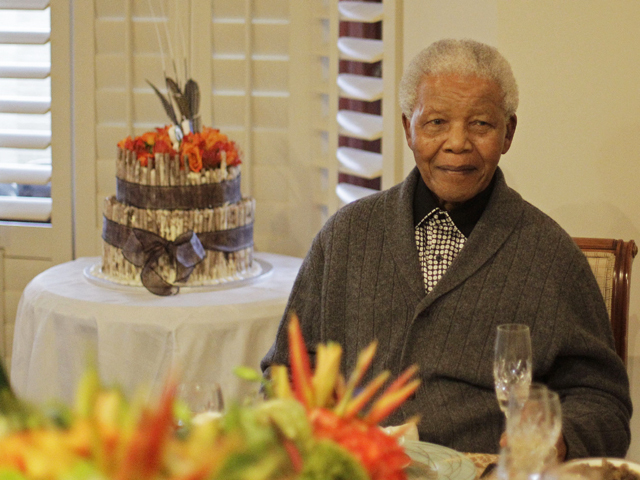 Pretoria, South Africa Southfork has nothing on Qunu, and the fictional Ewings of television's "Dallas" have nothing on the real live Mandelas of South Africa.

The family soap opera currently being played out as Nelson Mandela lies clinging to life -- barely, by all accounts -- may have screen writers the world over taking notes. You couldn't write it better.

The saga has been bubbling along in the background for years. In a play for power and profit, one of Nelson Mandela's grandsons, Mandla, had been not so quietly trying to shift the locale of future Mandela tribute and tourism from the little hamlet of Qunu, where Mandela grew up, built his retirement home and where he has said he wants to be buried, to another hamlet about twelve miles away called Mveso, near where Mandela was born.

Both places are in the middle of nowhere; rural backwaters down in the Eastern Cape province. But they matter.

To shift the future Mandela family base to Mveso, where Mandla is considered the local chief, he instigated a cunning plan. He took it upon himself to move the remains of three of Nelson Mandela's deceased children, who had been buried in the family plot in Qunu, to Mveso. There, he's been involved in a project -- along with other agencies -- to build a hotel and other tourism facilities. A kind of Mandela theme park was in the making.

Now, though, as the fading family patriarch lies gravely ill in a hospital, a combination of modern avarice and ancient tradition has come into conflict. Mandela could not rest in peace, elders of the family trust said, unless when the time comes, he is buried alongside his children.

One branch of the family has taken Mandla to court, accusing him of grave tampering and insisting that he return the remains he removed back to the Qunu family plot. On Wednesday, a judge ordered Mandla to do exactly that. He counter-sued, accusing other family members of trying to profit from the Mandela brand themselves.

It has all become an unseemly spectacle, and a highly embarrassing one for the family and the country.

Writers at South Africa's Daily Maverick lamented Wednesday that the "tawdry saga might have been comical had it not been a tragic sideshow to the continued hospitalisation of Nelson Mandela -- the man whose greatness created the theater for Mandla and the rest of the Mandela cast to star in the farce over his burial site."

The friction in the Mandela family had been exposed before. Two of its members are suing the trustee of the Mandela trust to get their hands on his money. Others have launched clothing lines and a wine label based on the family connection and the value of the Mandela name.

The soap opera ingredients are everywhere: a universally respected family head whose offspring and their offspring are at war, strong-willed beautiful women, colorful wayward grandchildren, lots of money.

Somehow, though, the image of Nelson Mandela himself remains unaffected. He has long acknowledged that his decades-long struggle against apartheid, his 27-year imprisonment, his relentless work holding his movement -- and then the country -- together through its transition, all took their toll on his family. And many in the family have said they understand and accept what he had to do.

But there is a lot of sad head-shaking here. And a lot of quiet dismay that a man who has done so much seems to be facing his final days in an atmosphere that does not provide the dignity he deserves.