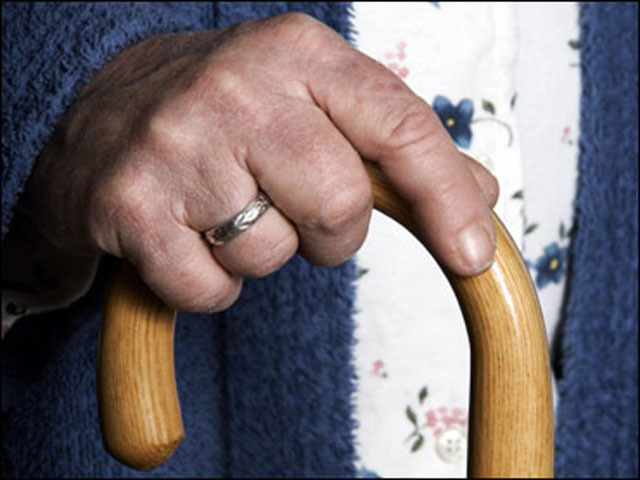 Four in 10 adults care for a loved one suffering from poor health, up from 30 percent in 2010.

The Pew study also found that 75 percent of adults aged 65 and older suffer from a chronic condition such as high blood pressure, diabetes or heart disease.

"This has been recognized as a problem that has increased probably over the last almost 20 years, that we've seen a rising number of individuals with multiple chronic conditions," said Siu.

The Pew study shows that as the U.S. population ages and medical advances save and extend more lives, care giving is likely to become more of a common role than ever before.

Both men and women are equally as likely to become caregivers. Those aged between 30 and 64 are the most likely to provide care; a majority of caregivers are college-educated, married and employed full time.

The research shows that caregivers turn to the Internet to inform themselves of illnesses, with 46 percent saying they go online to decipher a medical condition that they or someone they are caring for may have.

"We ought to be educating not only patients but their caregivers about many of these issues, that's why they're going online, because they don't have that information," said Siu.

The Alzheimer's Association estimates that there are 2.3 million Americans currently providing long-distance care for a relative or friend.

On average, they spend nearly $10,000 out of pocket each year, almost twice the amount as those who live near the patient.

And, along with the financial weight of being a caregiver, there's a psychological one too.

"Increasingly, the burdens and the stresses of care giving have been documented. ... We're seeing studies that have shown depressive symptoms and other evidence of stress in caregivers," said Siu.

However, Siu believes the greatest concern may be for those individuals who do not have family or friends to help them.