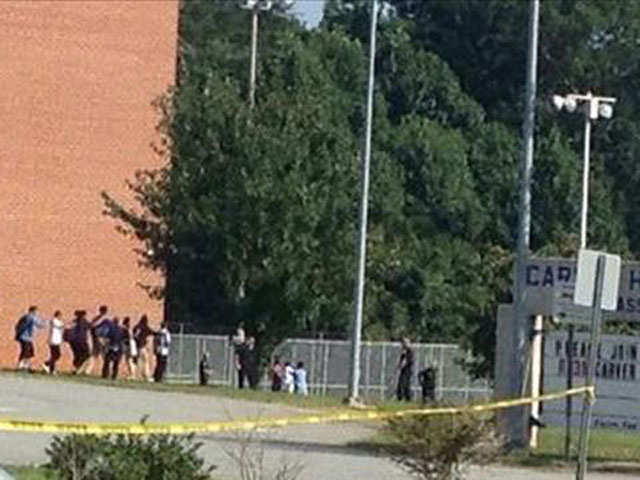 (CBS/AP) WINSTON-SALEM, N.C. - Authorities say there has been a shooting at a high school in Winston-Salem, N.C. and that a student is in custody, CBS affiliate WFMY reports.

Winston-Salem-Forsyth County Schools spokesman Theo Helm said Friday afternoon that the shooting occurred at Carver High School, which is on the city's northeast side.

One person has been shot, according to Chief Barry Rountree with the Winston-Salem Police Department. He said the injured person is a student at the school and has been transported to Wake Forest Baptist Medical Center with non-life threatening injuries.

One report said the shooting occurred around 2:30 p.m., slightly more than an hour before classes would have been dismissed for the day. Rountree reportedly said the shooting took place at the end of a planned fire drill.

According to the station, a school resource officer was able to take the student into custody without incident, police say. The school was placed on lockdown Friday afternoon.

Police said it is not clear whether the students involved were friends or had any sort of argument prior to the shooting.

The high school has an enrollment of approximately 700 students.