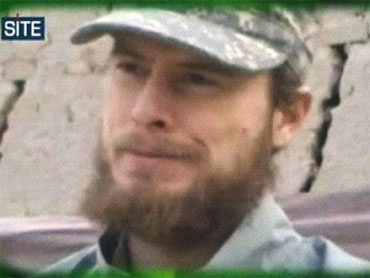 The release of a video showing a U.S. soldier held by Afghan insurgents only inspires further efforts to find the man, the NATO command in Afghanistan said Thursday.

The Taliban posted a video Wednesday of a man identified as Pfc. Bowe Bergdahl, who was captured in Afghanistan last June. It shows him pleading to be returned home and saying the war in Afghanistan is not worth the human cost.

"The continuing use of Private First Class Bowe Bergdahl as a means of propaganda is a deplorable act and only fuels our efforts to find him and bring him home," NATO spokesman Rear Adm. Gregory Smith said in a statement.

"The insurgents who hold Bowe are obviously using him as a means to ultimately cause pain to his family and friends," Smith said. "It continues to reflect the cruel tactics designed to deceive the Afghan people and the international community of their true intentions."

Bergdahl disappeared June 30 in eastern Afghanistan and is the only known American serviceman in captivity.

The seven-minute video, the third released of Bergdahl since his capture, shows him doing a few push-ups to demonstrate that he is in good physical condition. There was no way to verify when the video was taken.

Subtitles in the video offer to exchange Bergdahl for prisoners held by international forces in Afghanistan.

"Unfortunately, the arrogant American rulers are not willing to take any step in this regard," the message reads.

Smith said efforts to find Bergdahl would continue, but gave no indication of progress.

Bergdahl, who was serving with a unit based in Fort Richardson, Alaska, was 23 when he vanished five months after arriving in Afghanistan. He was serving at a base in Paktika province near the border with Pakistan in an area known to be a Taliban stronghold.

The Taliban also released a video of Bergdahl on Christmas Day.

Bergdahl's family has released statements pleading for his release and urging him to "stay strong."