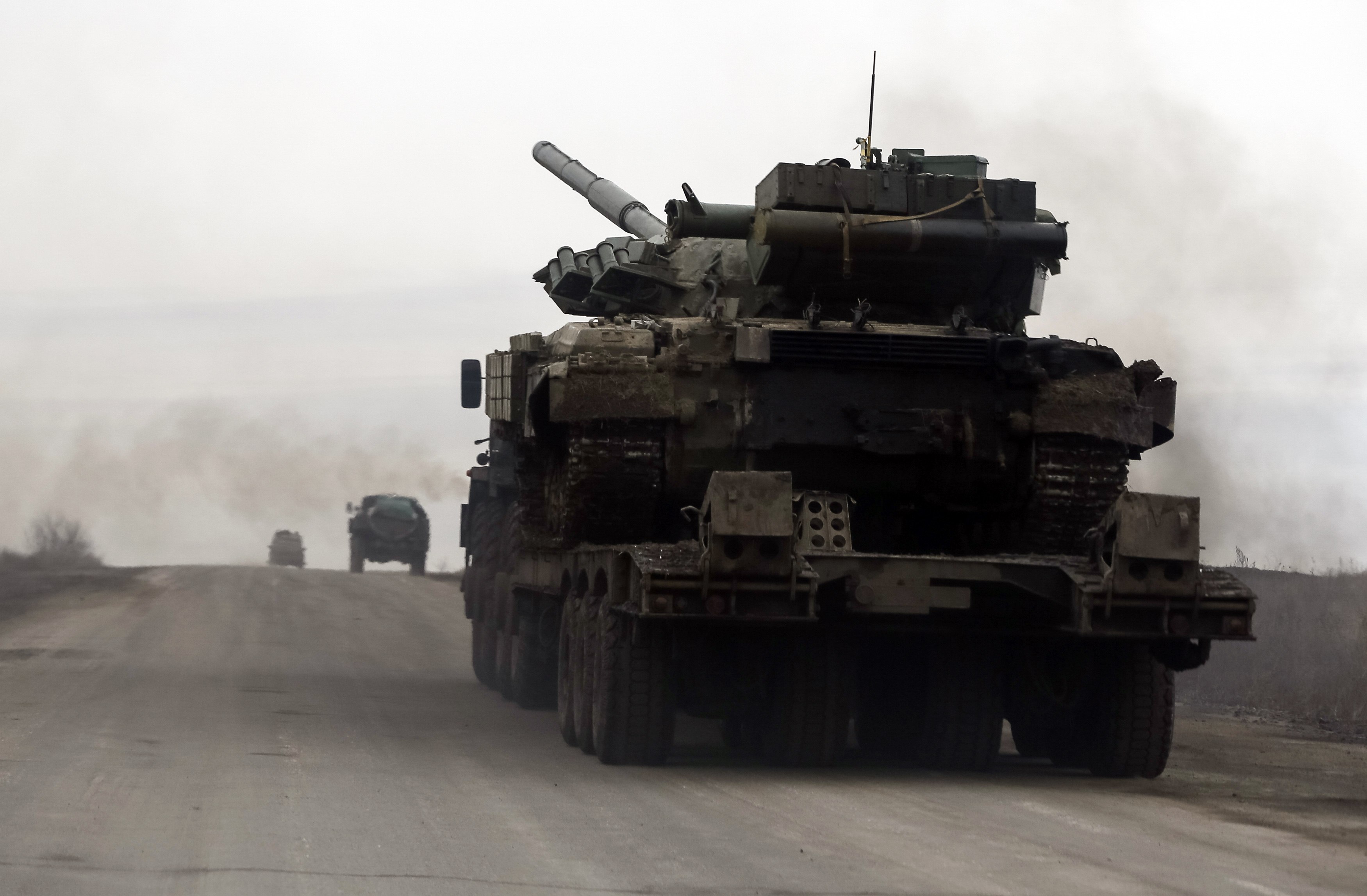 BRUSSELS -- The top NATO commander warned Thursday that any move to provide Ukraine with lethal defensive weapons must take into account any possible angry reaction from Russia.

U.S. Air Force Gen. Philip Breedlove said that any action the U.S. or other Western nations take "could trigger a more strident reaction from Russia."

His remarks come amid signals that the U.S. is considering giving Ukraine defensive weapons to help protect forces along the border from escalating assault by Russian-backed separatists. He and other U.S. leaders insist there is no military solution to the conflict, but say that Ukraine has the right to defend itself.

"Everything we do we have to look and evaluate as to will (it) advance the ball toward that political solution that we have to find here," Breedlove told The Associated Press in an interview here. "So all manner of aid has to be taken in light of what we anticipate would be the Russian reaction."

Breedlove would not talk about what advice he gave the administration or his NATO leadership, but he said the situation in eastern Ukraine is deteriorating and any action the U.S., takes must help move the conflict toward a political solution.

Douglas Lute, U.S. ambassador to NATO, said Wednesday that there are Russian intelligence operatives and military personnel, both in and out of uniform, serving in eastern Ukraine and providing a parallel command structure alongside the separatists.

"We also assess that there are Russian soldiers in southeastern Ukraine today operating the more sophisticated Russian hardware that's has been provided to the separatist movement," said Lute, pointing to electronic warfare weapons and air defense systems.

Other NATO allies, however, are expressing unease and even outright opposition to any move to provide weapons to the Ukrainians.

Canada, a close U.S. ally that is also home to a large minority community of Ukrainian origin, has no plans to supply any sort of weaponry to Ukraine, the Canadian defense minister said Thursday morning.

"We've been very clear in our support for Ukraine," Robert Douglas Nicholson said as he arrived at NATO headquarters in Brussels for the day-long meeting of alliance defense ministers. "We've signed a defense cooperation agreement, and we have been sending considerable non-lethal aid to Ukraine over the last number of months, as well as assistance in other forms, and that's what we're going to continue."

In a newspaper interview, German Defense Minister Ursula von der Leyen said giving the Ukrainians arms to help them defend themselves could have unintended and fateful consequences.

"Weapons deliveries would be a fire accelerant," von der Leyen was quoted as telling the Sueddeutsche Zeitung daily. "And it could give the Kremlin the excuse to openly intervene in this conflict."

In other remarks to reporters, Breedlove said officials are concerned about the inclusion of nuclear-capable Russian aircraft in exercises around the border. But he said the more bothersome development is they are seeing more Russian aircraft in larger and more capable groups flying in locations where they have not gone before.,

Breedlove, however, said he sees no need for a so-called "red phone" to communicate with Russian counterparts.

He said he has well-established communications with Moscow that is reliable and will be used when needed.