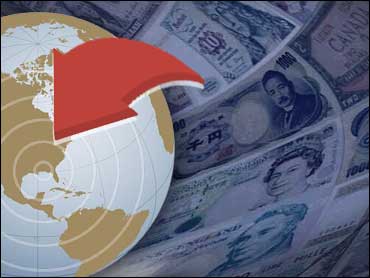 Some of the nations offering aid to the United States after Hurricane Katrina are reporting delays in getting a green light to send help. But a senior State Department official said Washington was evaluating its needs and had not rejected those donations.

"The worst thing is to take things and let them sit on the ground and rot," Harry K. Thomas Jr., the State Department's executive secretary, said in Washington.

For four days, a C-130 transport plane ready to lift emergency supplies to Katrina victims has stood idle at the Satenas air force base in southern Sweden.

The aid includes a water purification system that may be urgently needed amid signs deadly diseases may be spreading through fetid pools in New Orleans, and blankets for those left homeless.

"We have to get some kind of signal (from the United States) in the next few days," said Karin Viklund of the Swedish Rescue Services Agency. "We really hope we will get it."

More than a week after Canada first offered to send military support, three Canadian warships and one coast guard ship departed for the Gulf Coast on Wednesday.

Although the government in Ottawa has been careful not to criticize the slow response, newspaper editorials asked why Washington seemed reluctant to accept Canadian aid.

The United States has accepted offers of nearly $1 billion in assistance from some 95 countries, Thomas said.

In Switzerland, aid officials expected an answer to their aid offer by Tuesday night. They met Wednesday afternoon to discuss what to do while waiting for a response.

Poland, Austria and Norway also had not heard back on their aid offers, and countries in Asia also were waiting for replies.

India, which regularly is hit by flooding unleashed by monsoon rains, has a planeload of supplies waiting but nowhere to send it.

"The plane is parked at the airport here and we are awaiting instructions on where to send the medicines and food items," an External Affairs Ministry official said Wednesday, declining to be identified under government briefing rules.

India said it would give $5 million to the American Red Cross on Thursday in Washington. New Delhi also offered to send military medics and water purification equipment.

"The offer to help is on the table. We are awaiting Washington's response," the official said.

Taiwan is waiting to hear from the United States to decide how it wants to spend the island's $2 million offer before transferring the money, Foreign Affairs Ministry spokesman Michel Lu said.

South Korea has pledged $30 million and initially said it would send about 40 rescue workers and 100 tons of goods — including blankets, diapers, crutches, bunk beds and wheelchairs — to the United States by this weekend.

But Foreign Ministry spokesman Lee Kyu-hyung said Wednesday the delivery likely will be delayed until next week as "preparations are not going well." He declined to elaborate.

Japan said it was transferring $200,000 to the Red Cross and had offered up to $300,000 in supplies such as tents, blankets, generators and portable water tanks, which are stored in Florida.

But Tokyo was still waiting for Washington to identify which supplies are needed, a Foreign Affairs official said.

However, some countries said they had received detailed requests for help from U.S. authorities and started shipping supplies.

European Commission spokeswoman Barbara Helfferich said "the coordination effort is going much, much better because aid is now leaving and aid is arriving."

She said glitches are to be expected at the start of a major aid effort.

"The Europeans and the Americans had to learn to work together," she said. "Coordination is the most difficult thing in any relief effort."

The British government said it started sending some 500,000 military ration packs with food Monday, and it was working closely with U.S. authorities in the recovery effort.

A separate group of 90 technicians departed earlier Wednesday from the U.S. Ramstein Air Base in western Germany with 15 large-capacity pumps to help clear floodwaters from residential areas, he said.

Russia will send an estimated $760,000 worth of humanitarian aid in three planes scheduled to begin leaving Moscow as early as Wednesday for Arkansas, said Sergei Vlasov, spokesman for the Emergency Situations Ministry. That aid includes 121 tents, 4,000 blankets and 10,000 food packages, he said.