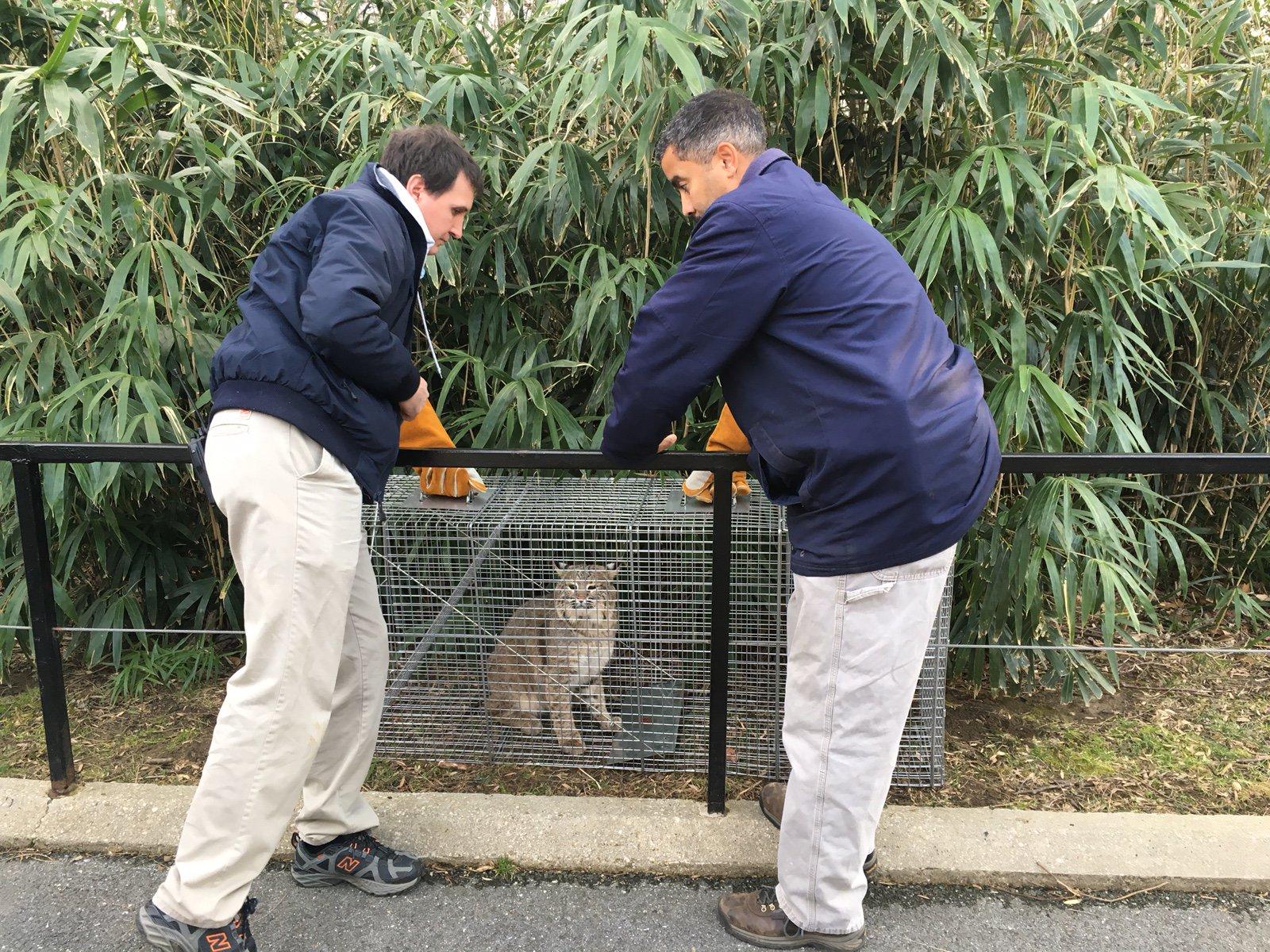 Ollie, the bobcat who was declared missing from the National Zoo on Monday, has been found, the zoo announced on Wednesday.

She was found on the National Zoo property, the zoo tweeted.

On Wednesday afternoon, after the zoo had given up searching for her, Ollie was spotted by a visitor crossing a walkway near the zoo’s bird house, said Craig Saffoe, the zoo’s curator of great cats.

Saffoe and another zookeeper set some traps and walked away, and minutes later, they were told Ollie had been caught.

“She was watching us and waiting for us to walk away. She never came out to say ‘Hi.’ She was waiting to see what kind of goodies we left for her,” Saffoe told reporters. “She came in, she ate a couple of goodies and she left a lot of goodies sitting in the crate. She wasn’t starving.”

Brandie Smith, the zoo’s associate director of animal care, said Ollie appeared to be in good health but would undergo a full examination Thursday morning. The bobcat had a minor cut on her left paw that didn’t require treatment, Smith said.

Bobcats look a lot like house cats, only bigger and with short, stubby tails. Ollie is about 7 years old and weighs 25 pounds.

Bobcats are secretive, largely nocturnal animals and coexist peacefully with humans throughout the United States. That, however, didn’t stop District of Columbia public schools from canceling recess for a day while Ollie was out, out of what was called “an abundance of caution.”

Zoo officials said they were overjoyed to have Ollie back and added they were in no rush to put her back on exhibit in a space she shares with two male bobcats. Ollie was believed to have escaped from a hole in the mesh netting that surrounds her enclosure.

“She came right back home. She didn’t go too far,” Saffoe said. “Did she escape because she wanted to be free? I don’t know. I think she wanted to go out and have a little bit of fun, see what it was like on the outside.”

The National Zoo said after she went missing that she was “absolutely capable of surviving, even thriving” in the area. She is believed to be about 7 years old.

Bobcats are native to North America, including the greater Washington area. They prey mostly on small rodents and birds.

Although the zoo had stressed that bobcats are not dangerous, some Washington, D.C.-area schools canceled recess on Tuesday while the bobcat was believed to still be on the loose.