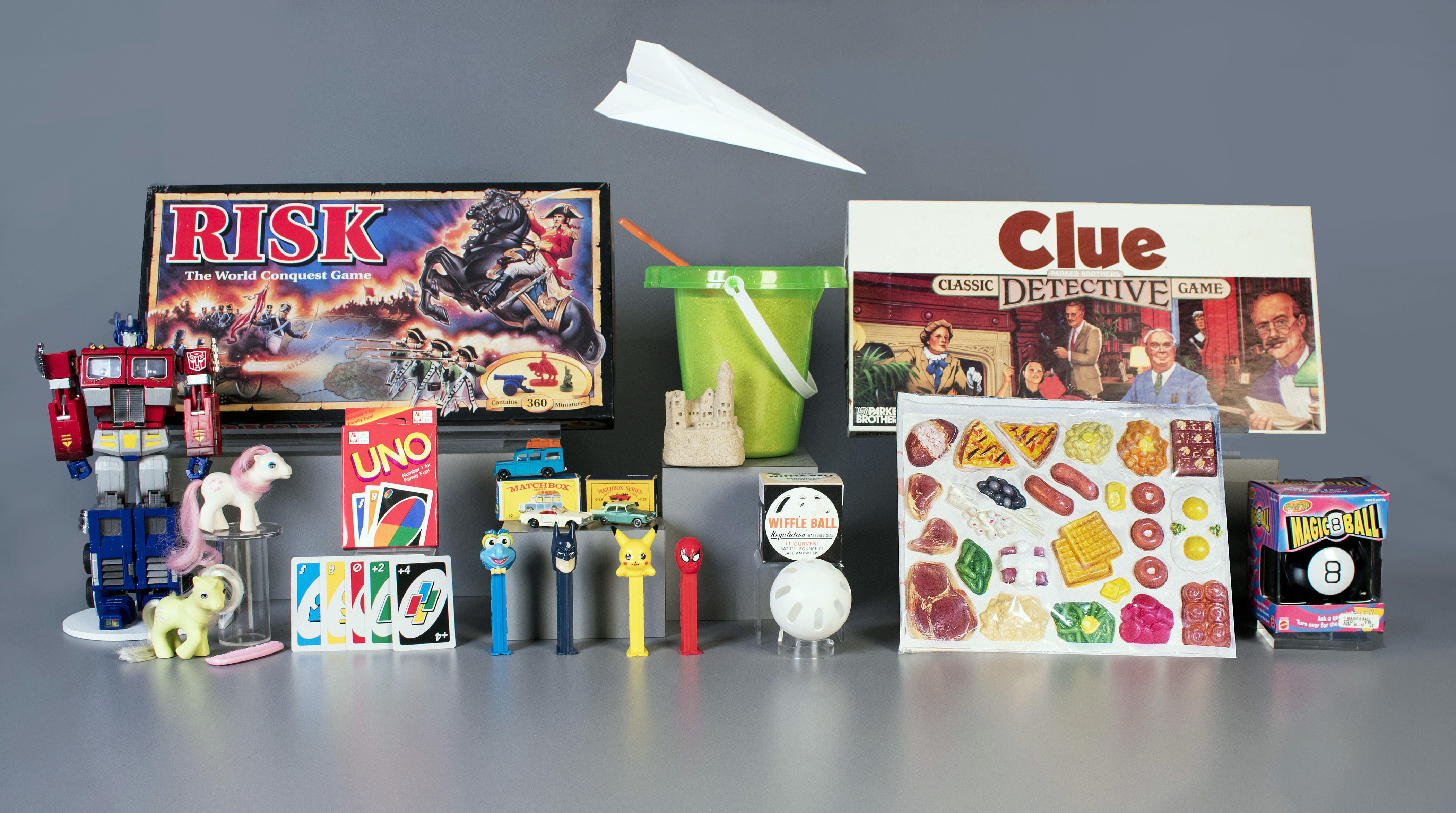 ROCHESTER, N.Y. -- No-frills toys including the paper airplane, sand and play food are among 12 finalists vying for a place in the National Toy Hall of Fame.

The contenders for the Class of 2017 were announced Tuesday.

Also up for the honor are the board games Risk and Clue, the Magic 8 ball, Matchbox cars, My Little Pony, the PEZ candy dispenser, Transformers, the card game Uno and Wiffle Ball.

Two or three toys will be inducted Nov. 9 into The Strong museum in Rochester, where the hall is located.  Anyone can nominate a toy. The inductees are chosen on the advice of historians, educators and others for their longevity and success and ability to inspire creative play.

"What I love about Fisher-Price Little People and Dungeons & Dragons is they are two faces of the same kind of play," said curator Christopher Bensch in an interview. "Fisher- Price Little People is a tool that empowers some of the youngest kids to make stories and make characters to play in that farm or airplane, and D&D empowers adults and older kids to do that same thing."

The 2017 winners will join 63 prior inductees, including the dollhouse, dominoes, bubbles and Big Wheels.

About this year's finalists, according to the National Toy Hall of Fame:

• Clue: The game that challenges players to solve a murder was introduced in 1947 and remains one of the top 10 best-selling board games of all time.

• Magic 8 Ball: Over the past 70 years, millions of people have posed questions and waited for a floating "ask again later," ''signs point to yes" or other answer.

• Matchbox Cars: The miniature cars debuted in 1952 and by 1960 were selling at a rate of 100 million a year. They remain a top seller for Mattel.

• My Little Pony: The miniature pastel ponies were introduced in the 1980s and reintroduced in 2003. They outsold Barbie for several years at their peak.

• Paper airplane: Leonardo Da Vinci may be among the most famous to make flying machines out of paper, writing about it in the 15th century.

• PEZ: What began as a breath mint in 1927 was transformed into a small brick of candy dispensed by a collectible mechanical box featuring pop-culture characters.

• Play food made of various materials has been filling the plates at pretend tea parties and picnics for generations.

• Risk: The war and strategy board game was published in the United States in 1959. Its innovative mechanics ignited renewed interest in strategy games in the 1970s.

• Sand: Historians believe even the earliest humans played in the sand, and records from the 1800s document the building of sandcastles and other sculptures.

• Transformers: The mid-1980s line was marketed with an elaborate back story supported by a Marvel comic book series, cartoon series, animated movies, electronic games and goods including its own cereal. The latest movie was released in June.

• Uno: Easy to learn and quick to play, the card game has players dispose of the cards in their hands.

• Wiffle Ball: The perforated plastic ball has been hit and thrown since 1953. Inventors determined that eight oblong slots provided the best performance.