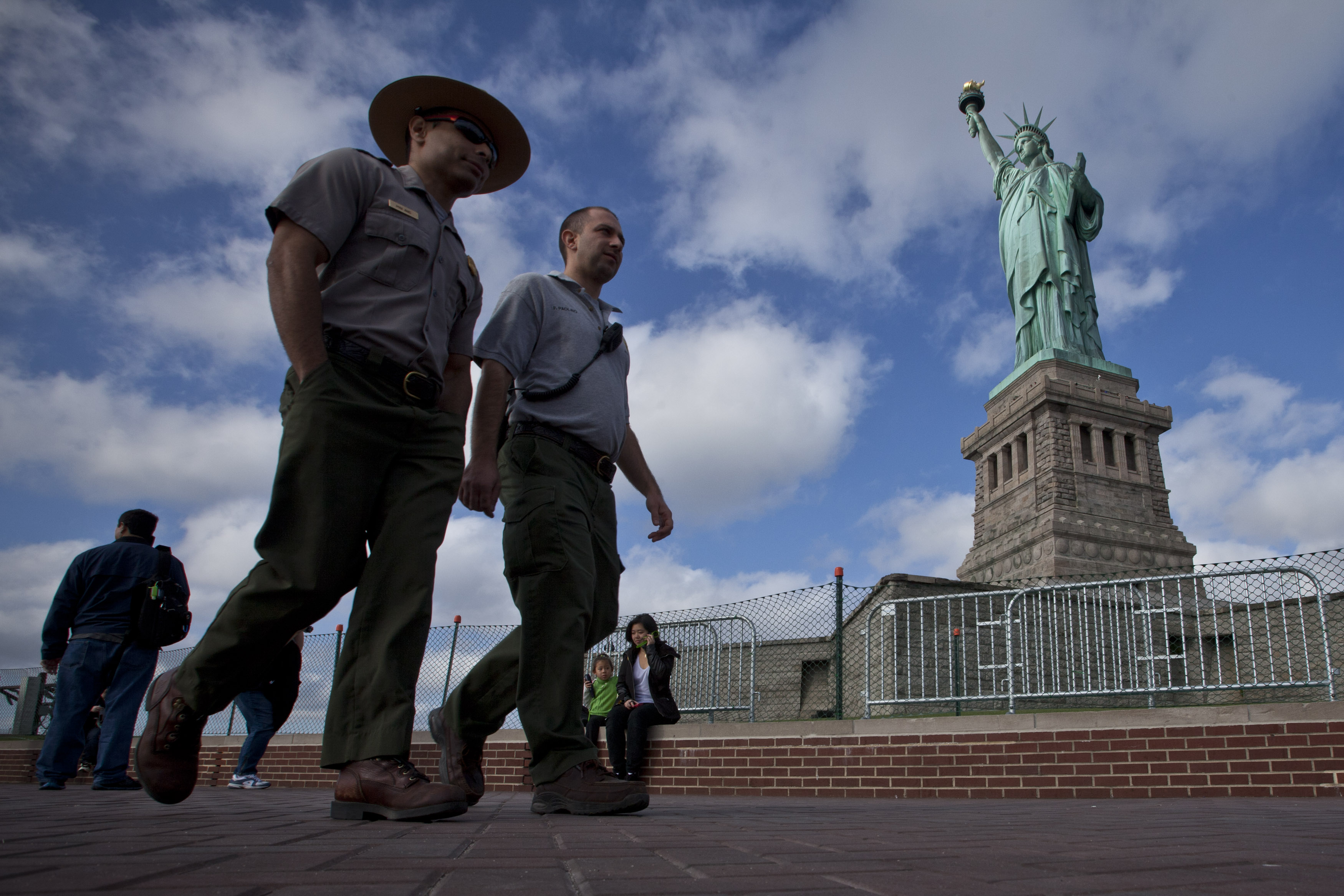 While leaders in the Senate on Wednesday morning werefinalizing a deal to end the government shutdown, Democrats and Republicans in the House were taking some final swipes at each other -- specifically, for the closure of certain National Park Service parks and monuments.

The NPS represents just one-fifteenth of one percent of the federal budget, but its curtailed services during the shutdown -- particularly the barricades put up around the World War II Memorial in Washington -- have become a symbol held up by both Democrats and Republicans as an example of what's wrong with Washington.

"Why were veterans turned away from the Vietnam Veterans Memorial?" House Oversight and Government Reform Committee Chairman Darrell Issa, R-Calif., asked Wednesday at a hearing convened to find out whether the National Park Service (NPS) closures during the shutdown were made as painful as possible for political reasons.

"Why were members of the Americans' finest generation in their 80s and 90s turned away and told they could not visit what would be undoubtedly in many cases their last time at those monuments?" Issa asked. "Why were private businesses and nonprofits operating near park land shuttered?"

Democrats at the joint hearing, hosted by the Oversight Committee and the House Natural Resources Committee, lambasted Republicans for blaming the NPS for the negative impacts of the government shutdown.

"The Republican majority closed down the federal government in a vain attempt to repeal or delay the Affordable Care Act," Rep. Peter DeFazio, D-Ore., said. "We're 15 days into a Republican-led government shutdown, and now Republicans want to investigate why the national parks are shut down... We're having a hearing that is at best nonsensical."

The congressman whipped out a handheld mirror and held it up to the Republicans sitting next to him.

"I'm going to demonstrate, if the Republican side will look at me, I will show you who's responsible," he said. "Right here, here you are. Here is who's responsible for shutting down the national parks and memorials."

The closed parks and monuments became a flashpoint on the very first day of the shutdown, when a group of World War II veterans had to move some barricades to access the World War II Memorial. An unnamed Park Service ranger told the Washington Times that he and his colleagues were "told to make life as difficult for people as we can" during the shutdown.

NPS director Jonathan Jarvis told the congressional committees Wednesday that when the shutdown when into effect, he had to immediately cut off any services not necessary to protect "life and property" to comply with the Antideficiency Act (a law from the 1800s that forbids the federal use of any funds that haven't been authorized by Congress).

Groups or individuals were still permitted on park grounds to exercise their First Amendment rights, he said. The law enforcement staff who were exempted from furloughs were told to take a "low-key approach," Jarvis said, and told "not to confront" visitors on federal grounds but simply inform them of the closures.

To comply with the Antideficiency Act, Jarvis said, the NPS also cut off funding to services it provides -- such as utilities maintenance or trash collection -- to nonfederal entities. So while there were reports the Park Service tried to shut down Mt. Vernon, Jarvis said that was not the case -- they barricaded a parking lot that is technically part of the George Washington Memorial Parkway, under NPS jurisdiction.

"We did not try to shut down Mt. Vernon," he said, adding, "There are many parking lots at Mt. Vernon."

Jarvis acknowledged that about a week into the shutdown, the NPS re-opened services in about a dozen cases where they found they could do so without violating the Antideficiency Act.

"I appreciate that you discovered you were wrong on Day One," Issa said, criticizing Jarvis for failing to plan ahead and determining in advance of the shutdown which services could stay open.

Democrats on the committee did ask Jarvis about the Park Service's already-strained budget. The director said the NPS maintenance backlog exceeds $11 billion in work on things like water systems, waste systems and roads. The NPS has been in "steady decline" because of budget shortfalls, he said, and is "not providing the level of visitor service the public really expects and deserves."

Issa and other Republicans have charged that the closure of parks and monuments, and nearby services, has been more egregious this year than it was during the 1995-1996 shutdown, but Denis Galvin, who served as the NPS deputy director during that era, suggested otherwise.

"I have been struck by the similarities between that 1995-96 event and today's," Galvin said. "Did we barricade monuments and memorials then? Yes, Lincoln and Jefferson were barricaded. It was at the holiday season, so we had the Festival of Lights going on on the Ellipse. That was closed and a chain-linked fence was put around it. The much-discussed World War II Memorial did not exist then, but if it had, I think we would have barricaded it."

Shutdown plans, he said, are by their very nature "hastily prepared by people who hope they will not have to be used."