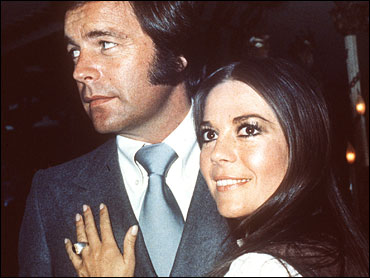 NEW YORK (CBS) Twenty-eight years after the mysterious drowning death of screen star Natalie Wood, the captain who sailed with her the night she died, and Wood's sister, Lana, are asking the Los Angeles County Sheriff's Office to reopen the case, according to a CNN report Monday.

"I just want the truth to come out, the real story," Lana Wood told CNN.

Lana Wood said she believes a big argument between Natalie Wood and her husband, actor Robert Wagner, preceded Wood's drowning, although she does not think the death involved foul play.

Dennis Davern, former captain of the yacht the couple was on, has written that he believes Wood's death was a direct result of the argument.

In his own book, "Pieces of My Heart," Wagner acknowledged he and Wood had a fight on the boat.

Though investigators have not responded to the request for reopen the case, according to CNN the sheriff has said in recent years that the case was closed and that the Los Angeles County Coroner's Office ruled Wood's death an accident.

As a young star, Natalie Wood appeared in movies such as "Rebel Without a Cause" and most notably had the lead role in "West Side Story."

Ironically, Wood had a paralyzing fear of water but, while filming "Splendor in the Grass," learned to overcome that fear. The boat she was on the night she died was called "The Splendor," to honor her conquering her fear. On the night of November 29, 1981, Wood went overboard and drowned.

"The star's drowning death is one of Hollywood's most enduring mysteries," says CNN.