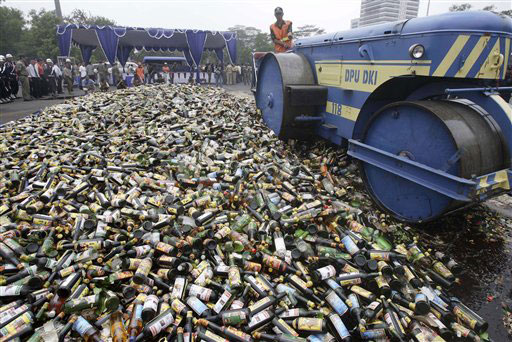 Senate candidate Hillary Rodham Clinton is "cold-blooded and hotheaded" and a "shrill and scheming person" who is trying to "lie her way into high office," New York's Republican Party chairman says.

In a fund-raising letter, a copy of which was obtained Thursday by The Associated Press, William Powers excoriates Clinton as "abrasive and annoying, brash and bitter, calculating and scheming, distant and deceitful, polarizing and power hungry."

A spokesman for Powers, a major supporter of Rep. Rick Lazio's Senate campaign against the first lady, said the party chairman reads every fund-raising letter he sends out and is "adamant about what's gone into every one."

"He believes what's in them," Powers aide Dan Allen said.

Clinton campaign spokesman Howard Wolfson, saying "these kind of personal attacks have no place in politics," called on Lazio to disavow the letter.

There appeared little chance of that.

"The letter is Chairman Powers' letter and it reflects his opinions," Lazio campaign spokesman Dan McLagan said. "He's more than capable of expressing his opinions himself and is welcome to do so."

The letter provided further evidence of just how negative the Senate campaign in New York has become in the less than eight weeks since Lazio entered the race in the wake of Mayor Rudolph Giuliani's withdrawal in the face of prostate cancer and marital problems. Clinton and her supporters have already launched more than a half-dozen television ads attacking Lazio.

In fact, McLagan said Thursday that instead of complaining about the Powers letter, "Mrs. Clinton should focus on cleaning up her own house. ... This is typical of her and her campaign, to lash out at others in order to hide their own negative attacks."

Nonetheless, the Powers' letter appeared to ratchet up the rhetoric.

"In her ruthless quest for pwer, she claims to be a 'New Democrat,' but she's a fraud, a phony and a pretender," Powers' letter says.

Warning that the first lady is "a hard-core, hard-line, hard-nosed ultraliberal who uses people and hates Republicans," Powers says Clinton must be stopped "because if she becomes Senator Hillary Rodham Clinton, it's only a matter of time before she attempts to become President Hillary Rodham Clinton. Our nation couldn't survive that."

The letter, directed at "caring, commonsense conservatives from across America," says Clinton is "a deeply flawed politician."

Just last week, Lazio found himself answering questions about his own fund-raising letter that said, "If you're like most Republicans, you believe that Hillary Clinton and her husband have embarrassed our country and disgraced their powerful posts."

Lazio initially said he hadn't read the letter that went out over his signature and hadn't actually written it himself. He later took responsibility for the letter, but insisted that because he wasn't using such language in his stump speeches or in television ads, it really didn't violate his pledge to keep his campaign positive.

Meanwhile, the Brennan Center for Justice at New York University's School of Law, filed a complaint on behalf of the state's Green Party with the Federal Election Commission over a Conservative Party TV ad that ran in early June boosting Lazio. The complaint claimed the ad, which featured snapshots of Lazio and his family, violated federal election laws and the use of "soft money" for "issue advocacy" advertisements.

"It is impossible to find the issue advocated in the ad, other than Congressman Lazio's fondness for Long Island's beaches and his status as a lifetime New Yorker," a statement from the Brennan Center said.

Conservative Party Chairman Michael Long has said the TV ad is a legitimate use of soft money because it is aimed at building up the party and does not directly advocate voting for Lazio.