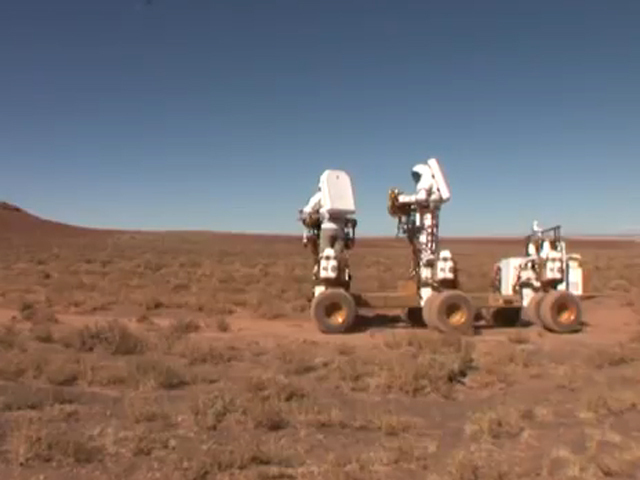 NASA needs the next generation of astronauts and is going into full-force recruiting mode. But will it attract the best and brightest after ending its 30-year-old space shuttle program?

NASA, CBS News correspondent Whit Johnson noted on "The Early Show," is no longer flying its own ships and is undergoing a difficult transition.

To hire new astronauts, the agency is pulling out all the stops, releasing a flashy recruiting video on YouTube this week.

The agency is recruiting through January. This will be the first astronaut candidate class since the space shuttle fleet retired last summer, which NASA admits has left some with the misconception that Americans are no longer flying into space.

When asked if it's going to be difficult to recruit the next generation of astronauts, Sen. Bill Nelson (D-Fla.) said it's not going to be hard, with thousands of applications expected to come in. He added space travel is "deep in the hearts of the American people."

Nelson, an astronaut himself in 1986, spent six days orbiting Earth aboard the Space Shuttle Columbia.

Nelson, recalling his mission, said, "When you look at the planet, you don't see political divisions and religious divisions and ethnic divisions. You see one planet -- that we're all in this together."

NASA continues to send astronauts to the International Space Station. They just have to board a Russian ship to get there, something the agency hopes to remedy through the use of private companies by the end of the decade.

The long-term goal, however, may be more appealing to new recruits: a voyage beyond Earth's orbit, landing mankind on an asteroid by 2025, then Mars in the mid-2030s.

Of the roughly 3,500 applicants NASA is expecting, only about 15 will be chosen for training and, NASA points out, one of them could be the first person to leave a footprint on Mars.