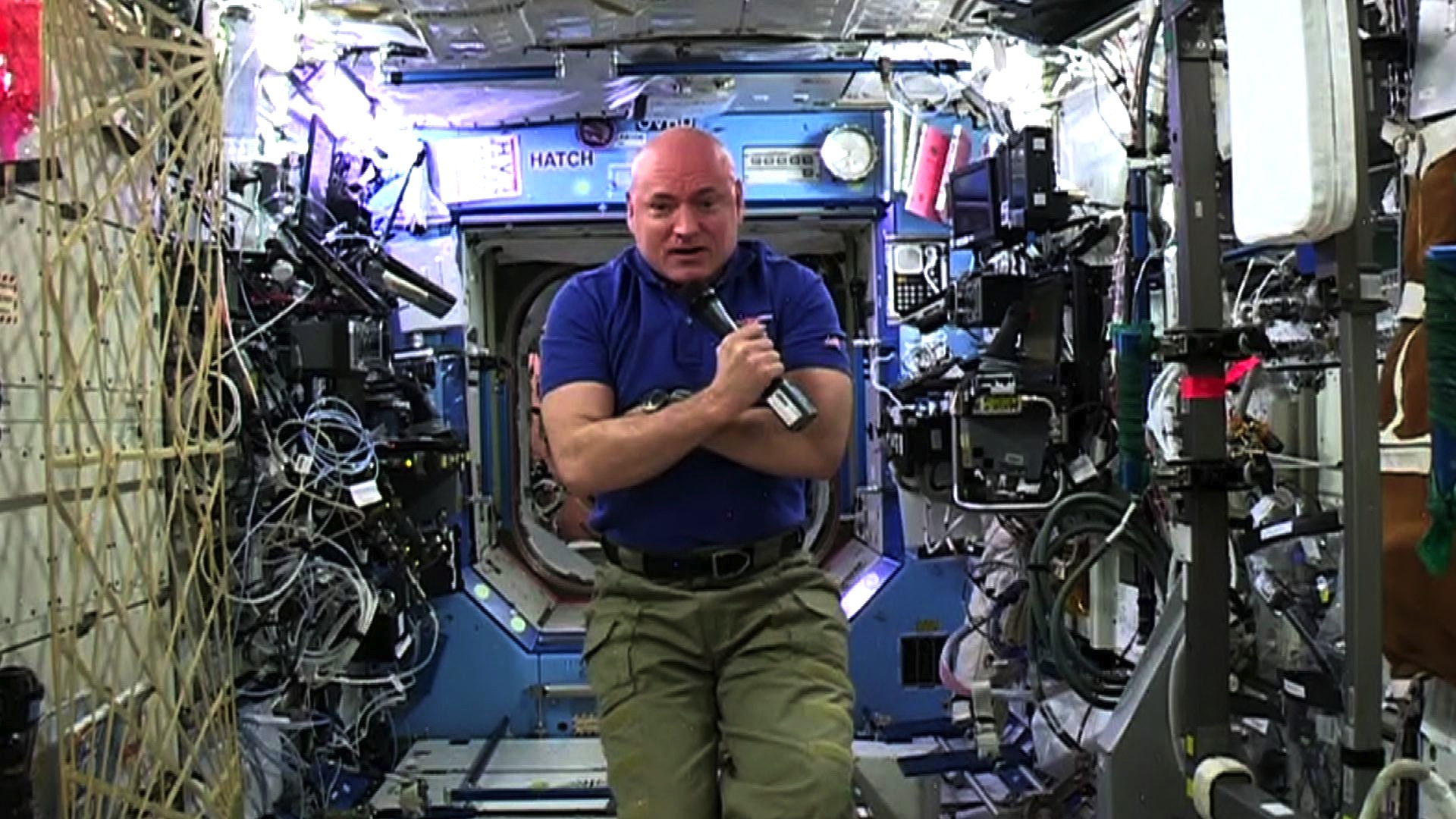 NASA Commander Scott Kelly has spent much of 2015 aboard the International Space Station, a world apart from his home, his friends, and his family back on Earth. In an interview with "Face the Nation," moderator John Dickerson asked Kelly whether he's been following the 2016 presidential campaign, despite being so far removed from the process.

"We have the news on pretty much all the time, unless we're watching something specific, and we have coverage about 50 minutes every hour. So I do follow it very closely, and I have to say, it's been very interesting," said Kelly.

"I also heard you watched 'Game of Thrones' while you were up there," Dickerson continued, referencing the notoriously violent HBO fantasy series. "How long do you think you'd last up there if you worked with your colleagues the way they do on 'Game of Thrones'?"

"I'd like to think I would last a long time, but you never know," Kelly replied. "But the good news is we don't work that way. We actually get along very well. You know, it's an international space station. We have crew members from both the U.S. and Russia and now the United Kingdom with Tim Peake from the U.K....It's great to see that, on this space station, that we can work across cultures in a very cooperative way."

You can see more of the interview with Kelly this Sunday on "Face the Nation." Check your local listings for airtimes.

Gottlieb predicts "broad immunity" among children as more get vaccinated