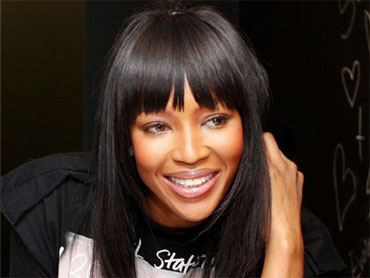 NEW The driver who accused supermodel Naomi Campbell of assaulting him said Thursday through his lawyer that he "got angry and overreacted" and regrets involving the police.

"This whole thing has been blown out of proportion and I apologize to Ms. Campbell for causing that to happen," driver Miodrag Mejdina said.

Mejdina told police Tuesday that Campbell hit him from behind and his head struck the steering wheel of the car, causing bruising under his right eye. He pulled over in midtown Manhattan and got out to speak to a traffic agent, who alerted police. Campbell was not at the scene when officers arrived, police said.

Police consulted with the Manhattan district attorney's office and issued a harassment report, which doesn't carry any penalty, because no officer witnessed what took place between the driver and Campbell. The 27-year-old Mejdina decided not to press charges.

Campbell, whose feisty temper has led to previous legal troubles, issued a statement saying she was pleased that Mejdina had apologized and that she wanted to move on.

"I have worked very hard on correcting my previous wrongdoings and I will not be held hostage to my past," she said.

Campbell, 39, has faced a series of lawsuits and criminal cases accusing her of attacking her household employees and two police officers at London's Heathrow Airport.

She pleaded guilty in the Heathrow case in June 2008 after prosecutors said she cursed, kicked and spat at police in a rage over a missing piece of luggage; she was sentenced to 200 hours of community service.

She also did a week of community service sweeping floors and scrubbing toilets in a Manhattan garbage-truck garage in 2007 after pleading guilty to misdemeanor assault for hurling a cell phone at her maid because of a vanished pair of jeans.

In 2000, Campbell pleaded guilty in Toronto to an assault charge for beating an assistant who said the model whacked her on the head with a phone.

A few of Campbell's former aides and maids have sued her, accusing her of violent outbursts; some cases have been settled on undisclosed terms.

Campbell, of Britain, became one of the world's highest-paid models after being discovered at age 15.