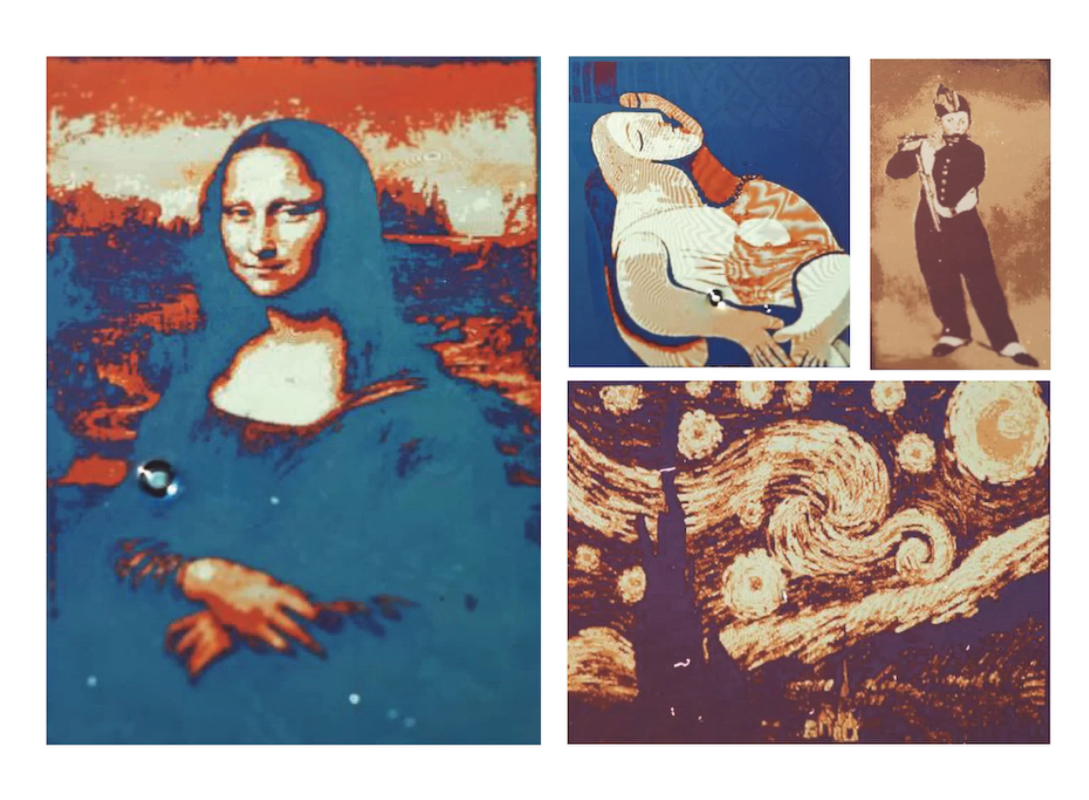 Laser printers that "sculpt" images at miniscule scales could one day make color photos that don't fade over time the way ink does, according to a new study.

Researchers at the Technical University of Denmark made a sheet of polymer and semiconductor metal that reflects colors that never fade, using tiny structures that diffract, absorb and reflect light of different wavelengths. A coating made of the material would never need repainting, and the resulting image would retain its vibrancy over time, the scientists said.

This printing process also allows people to choose more specific colors, because exact wavelengths can be selected, meaning there's less guesswork involved with mixing pigments and comparing color charts, the researchers said. The same technique could be applied to making watermarks or even encryption and data storage, the researchers said. [The 10 Weirdest Things Created by 3D Printing]

In this technique, the images are printed with a laser, which is fired at a sheet made of plastic on one layer and germanium on top of that. The sheets are made by depositing nanometer-thin layers of polymer and germanium into shapes, small cylinders and blocks, none measuring more than 100 nanometers across. (For comparison, an average strand of human hair is about 100,000 nanometers wide.)

Similar to what a laser printer does, the laser reshapes the tiny structures by melting them. Varying the intensity of the laser at tiny scales melts the structures differently, so they take on different geometries.

This is why the image resolution can be so fine, the researchers said. An image from an inkjet printer or laser printer typically consists of 300 to 2,400 dots per inch. A nanometer-size pixel is thousands of times smaller, meaning a resolution of 100,000 dots per inch, the researchers said. In fact, the whole collection of pixels resembles a miniature city of skyscrapers, domes and towers.

When white light hits the various shapes, it can reflect, be bent or diffract, the researchers said. Since the shapes are so small, some won't reflect certain wavelengths, while others will scatter or bounce the light. The result is that a person sees a color, depending on the specific pattern of shapes, according to the study.

Butterfly wings and bird feathers work in a similar way, Zhu said. Tiny structures cover butterfly's wing or a bird's feather, scattering light in specific ways, making the colors that people see. Butterfly wings, though, transmit some of the light, creating iridescence, the researchers said. Zhu and his colleagues got more specific than that — the combination of germanium and polymer means they can control which wavelengths of light are reflected from a given spot or not, so they don't produce the iridescent effect. This means vibrant, single colors where they want them, the researchers said.

Since the colors are built into the very structure of the sheets, they won't fade the way pigments do when exposed to light, the study said. Ordinary paint, for example, fades when sunlight hits it, because the ultraviolet light breaks down the chemicals that make up the pigment. On top of that, paint or ink can oxidize or come off when exposed to solvents, such as heavy-duty detergents. (Just drip water on an inkjet image, and you can watch the ink become dilute and run.) On old masterpieces, there's even a phenomenon called "metal soaps" based on the complex chemistry that occurs as paints age, according to Chemical & Engineering News.

Using their technique, Zhu and his colleagues made small pictures of the Mona Lisa and a portrait of Danish physicist Niels Bohr, as well as a simple photograph of a woman and a bridge, each measuring about 1 inch across.

To mass produce this kind of printer, researchers would need to make laser technology smaller and might need a different material for the layers of sheets, the researchers said. That material would need to have a high refractive index, meaning it bends light a lot and absorbs light at the wavelength chosen for the laser, they added. In their experiments, the scientists chose green light for the wavelength and experimented with silicon for the material, which Zhu said doesn't absorb green laser light as efficiently.