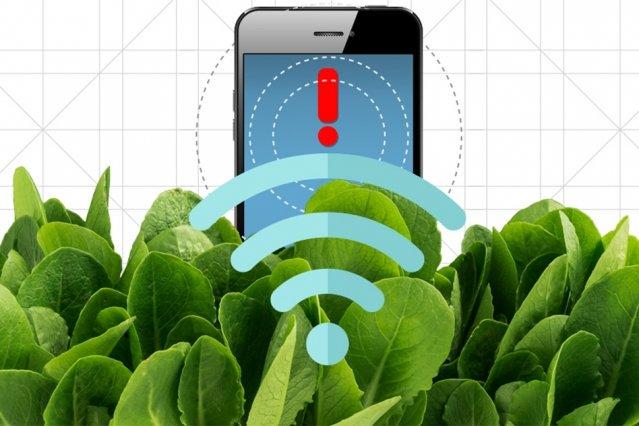 From your childhood dinner table to “Popeye,” spinach has long had the image of a healthy superfood that will make you strong. Now it turns out, with a little scientific engineering, the vegetable could have another power: the ability to detect explosives.

Researchers from MIT embedded spinach leaves with carbon nanotubes — microscopic tubular structures made up of carbon molecules — that turn the plants into living sensors. The nanotubes are attached using a technique called vascular infusion, which involves applying a solution to the underside of the leaf.

“The goal of plant nanobionics is to introduce nanoparticles into the plant to give it non-native functions,” research team leader Michael Strano, the Carbon P. Dubbs Professor of Chemical Engineering at MIT, said in a press release.

The carbon nanotubes enable the plants to sense chemical compounds called nitroaromatics, which are used in explosives like landmines. When a nitroaromatic compound is present in groundwater that is absorbed by the plant, the nanotubes embedded in the spinach leaves release a fluorescent signal. The signal can be picked up by an infrared camera. A small computer device attached to the camera can even relay the results to a user’s smartphone.

“Plants are very good analytical chemists,” Strano said. “They have an extensive root network in the soil, are constantly sampling groundwater, and have a way to self-power the transport of that water up into the leaves.”

So, what is the point of all of this? Strano calls the experiment “a novel demonstration of how we can overcome the plant-human communication barrier.” Essentially, the researchers believe that, ultimately, this kind of technology could be used to detect environmental pollutants or warn of oncoming conditions like drought.

Strano’s team has been doing work like this before. In the past, they used carbon nanotubes to detect many different kinds of molecules, from hydrogen peroxide to the nerve gas sarin.

Moving forward, this kind of experiment could be replicated by a cellphone, rather than the small computer, if the phone could be fitted with a small infrared filter.

Currently, the scientists need to be within a few feet of the plant (no more than about 1 meter away) to pick up a signal. They are hoping to achieve detection from a greater distance in future experiments.

The researchers say this work shows how plants could ultimately serve as great collaborators in helping people better understand the environment around them.

“These sensors give real-time information from the plant. It is almost like having the plant talk to us about the environment they are in,” said lead author Min Hao Wong, an MIT graduate student. “In the case of precision agriculture, having such information can directly affect yield and margins.”

The research was published in the Oct. 31 issue of Nature Materials.