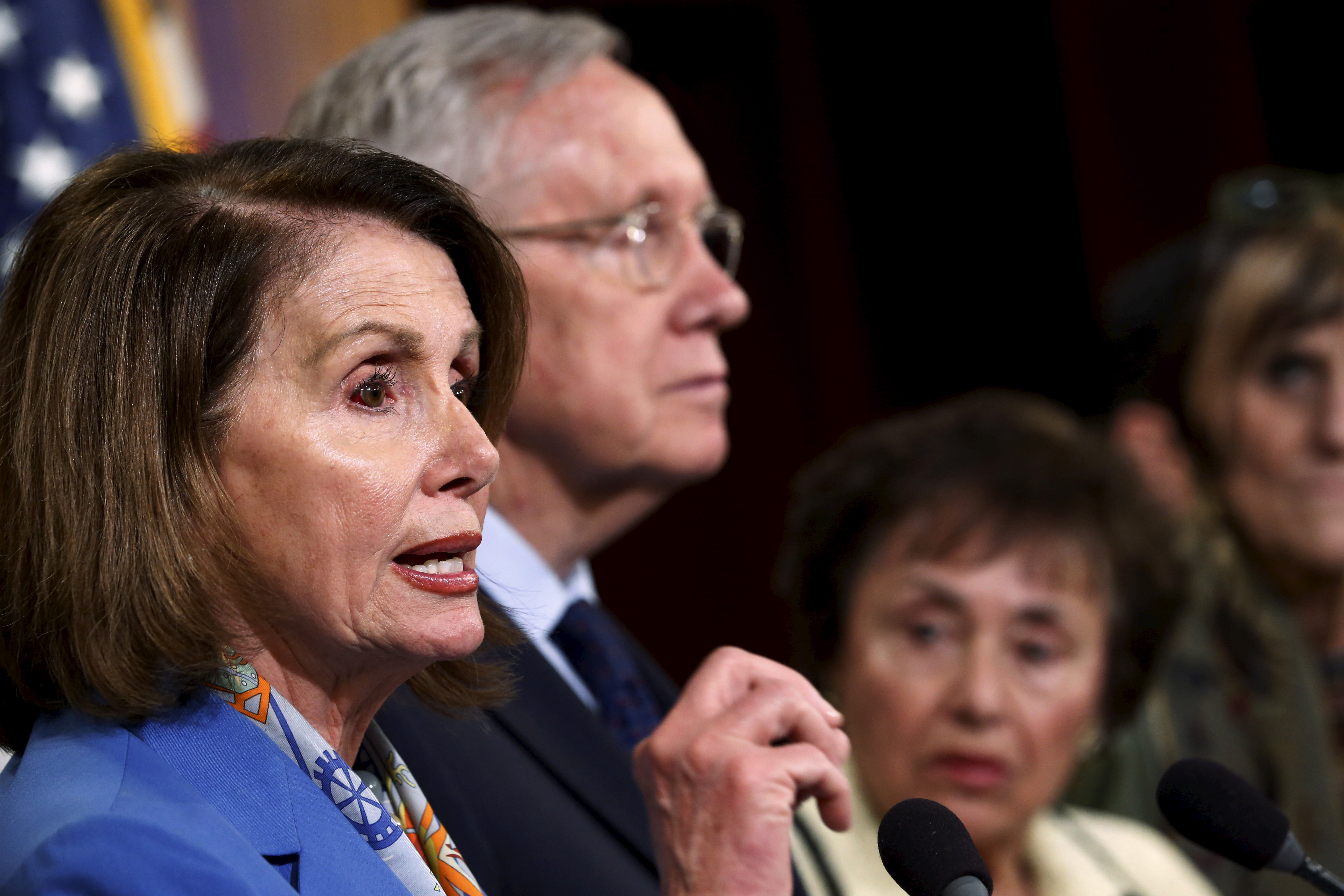 House Minority Leader Nancy Pelosi said Friday that Donald Trump might be playing "the joker's card" when he has said Hillary Clinton is playing "the woman's card" as a presidential candidate.

"I don't know what card he is playing, I mean what, the joker's card? That doesn't even count in a deck of cards," Pelosi told reporters at her weekly press conference when asked to react to Trump's latest remarks.

"It's not a winning message. The winning message is 'I think you should support me because I think I can do the best job, and here's what I can do,' and I think that's what Hillary Clinton is presenting. Perhaps some of the Republicans do not recognize a skilled leader when they see one. But that's exactly what Hillary Clinton is," added Pelosi, who has not yet endorsed a candidate in the Democratic race.

Pelosi said it would be a "wonderful, glorious thing to have a woman president of the United States," but said that shouldn't be the credential to get elected. Instead, she said it should be their leadership, knowledge and strategic thinking.

"I think Hillary Clinton is playing the experience card," she said.

"I think the only card she has is the woman's card," he said. "She has nothing else going. Frankly, if Hillary Clinton were a man, I don't think she would get five percent of the vote."

"The only thing she has got going is the woman's card," he added. "The beautiful thing is, women don't like her. Look how well I did with women tonight."

Clinton said Tuesday, "If fighting for women's health care and paid family leave and equal pay is 'playing the woman card,' then deal me in!"

But on Trump's claim that women "don't like" Clinton, a CBS News national poll from earlier this month found that Clinton leads Trump 58 percent to 31 percent among registered women voters. The poll also found 69 percent of women have a negative view of Trump while only 19 percent view him favorably. Meanwhile, 45 percent of registered women voters said they view Clinton unfavorably while 37 percent view her favorably.