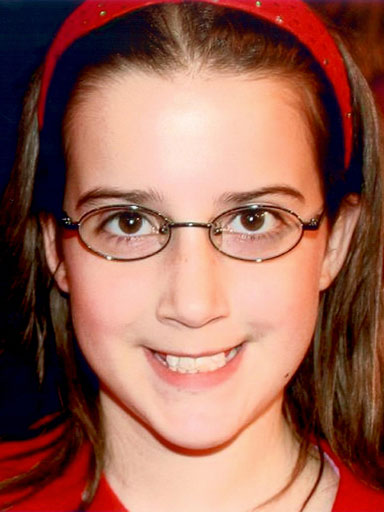 A pastor at Metro Church in Winter Springs, where Nadia's family attends, said a church member conducting a search for the girl located her sometime Tuesday morning. She was covered in mosquito bites, but appeared to be OK otherwise, the pastor said.

Patricia Guobadia, a spokeswoman for the Bloom family, said she was notified of the news via a text message from a friend.

Earlier on Tuesday, authorities began a fifth day of searching for Nadia, who vanished while riding her bike last Friday and was last seen in the Barrington Estates subdivision in Winter Springs, near Orlando.

Nadia's bike, with her helmet attached to it, was found last Friday near a wooded area that backs up to the subdivision, prompting a massive search of the area. The missing fifth-grader, who has an autism-related disorder called Asperger's syndrome, attends Lawton Elementary School in Oviedo.

Before Nadia disappeared, police said she read a book entitled "Lanie," about an adventurous girl who camps in her back yard.