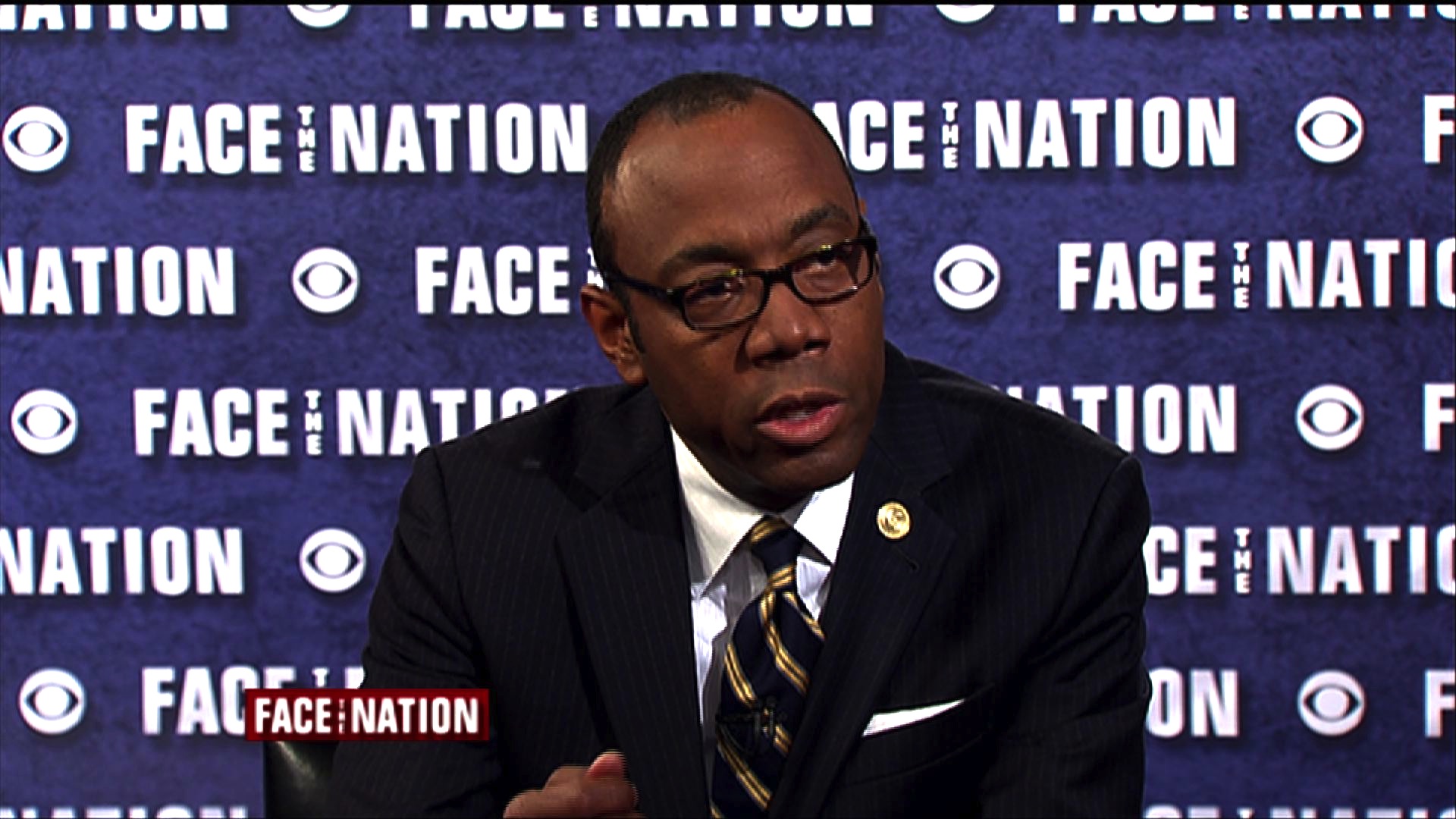 NAACP President Cornell Brooks said it is "critically important" that a special prosecutor be appointed to investigate the death of Michael Brown, the unarmed black teenager who was shot by a white police officer last week.

Browns' death has resulted in a week of clashes between protesters and police in the St. Louis suburb of Ferguson, Mo., even as Gov. Jay Nixon attempted to restore the peace by instituting a curfew over the weekend.

Nixon said in a separate interview on "Face the Nation" Sunday that the local prosecutor assigned to the case "has a real opportunity to step up" in the aftermath of the shooting, and that a dual investigation by the Justice Department and FBI ensures that justice will be served.

But Brooks said there is a need for a special prosecutor to restore credibility with the mostly black residents of Ferguson.

"It is critically important for a prosecutor to be appointed," Brooks said on "Face the Nation." "It is critically important for the Justice Department to remain active and engaged because this county, this municipality both have a long history of troubled relationships with the community. And so as a matter of community credibility, as a matter of credibility with respect to the nation they need to step up."

He said the local investigation, from the lack of engagement with the community to the local police department's decision to release a surveillance video that purportedly showed Brown robbing a convenience store, has been "very troubling."

Nixon said the release of the video, which federal law enforcement opposed, had an "incendiary effect" in Ferguson.

"They want to see justice served here, it speaks well of the president and the attorney general that the Justice Department is on the ground," he said. "The NAACP has been working with the FBI agents to identify and bring forward witnesses. That says to me that the Justice Department is not operating from Washington but in Ferguson, Missouri. That speaks well of the potential for this investigation to result in justice."

He also said it was "incredibly encouraging" that the Justice Department announced that it would perform a second autopsy on Brown to ensure an independent examination.

Brooks said the police's use of heavy military gear to help contain the protests "absolutely" added to the unrest in the wake of Brown's death.

He said Americans across the country are asking themselves, "How is it the in the wake of this controversy we respond with armored vehicles with militarization, as opposed to explanation, conversation, community engagement?"

But Rep. Mike Rogers, a former FBI agent and the chairman of the House Intelligence Committee, said that sometimes police officers do need tactical gear because they are outgunned.

"As a former F.B.I. agent, law enforcement officer, you're taught about that force continuum, and when do you escalate force? Obviously your first goal is to deescalate the problem. It appears that they may have reacted a little quickly on that force continuum when they decided to deal with certainly the protesters. Hard to say, sitting a thousand miles away," Rogers said. "But I will tell you that you have to at least police officers with the ability to have something to meet those particular challenges."