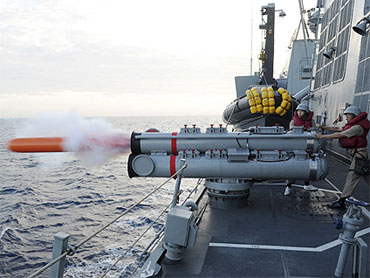 North Korea's military has threatened to retaliate against South Korea over its planned naval drills this week near the disputed sea border with North Korea.

The North's official Korean Central News Agency reported Tuesday that the military will crush the naval drills with a powerful physical blow and warned all civilian ships to stay away from areas near the sea border.

The South Korean drills are planned for Thursday through Monday.

In July U.S. and South Korean warships and helicopters practiced anti-submarine maneuvers off the Korean, readying defenses against the kind of weapon that allegedly sank a South Korean navy vessel earlier this year.

The destruction of the Cheonan in March, which has been blamed on North Korean torpedo, killed 46 sailors in the worst military disaster for the South since the 1950-53 Korean War.