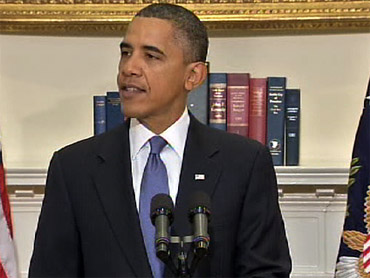 North Korean leader Kim Jong Il said Friday the communist nation could return to international nuclear disarmament talks as early as next month — ending its yearlong boycott — if it gets appropriate respect from the United States.

The Bush administration dismissed Kim's overture and described the offer to return to the talks as "just more North Korean rhetoric," saying they weren't being taken seriously.

Kim also said "if the regime's security is guaranteed, there is no reason to possess a single nuclear weapon," according to South Korean Unification Minister Chung Dong-young, who returned to Seoul after meeting the North Korean leader in Pyongyang.

North Korea announced earlier this year it possesses nuclear weapons, but Kim said Pyongyang would rejoin the Nuclear Nonproliferation Treaty and allow inspections by the U.N. nuclear watchdog agency if the nuclear standoff was resolved, Chung told a news conference.

North Korea pulled out of the treaty after the latest nuclear crisis erupted in late 2002, when U.S. officials accused the North of running a secret uranium enrichment program in violation of an earlier agreement between the two countries.

The North Korean leader also offered an olive branch to Washington amid the usually heated rhetoric between the sides, saying he "has no reason to think badly" of President Bush, Chung said.

At the State Department, spokesman Sean McCormack added: "The fact remains that North Korea needs to return to the talks, without preconditions, and engage in discussions in a constructive manner."

Bush recently referred to Kim using the honorific "Mr." — a softened tone after earlier comments labeling the North Korean leader a "tyrant" and lumping his country in an "axis of evil" that included Iran and Saddam-era Iraq.

But Chung said Kim told him "if it is certain that the United States is respecting the North as a partner, North Korea could come to the six-party talks as early as July, but it has to be further negotiated with the United States."

On Friday, Kim said North Korea "was trying to stand against the United States because it looked down on us," according to Chung. "North Korea has never given up or refused the six-party talks," Kim said.

Kim added that a 1992 declaration between the two Koreas calling for the peninsula to be free of nuclear weapons remained valid — noting that it was one of the last wishes of his father, North Korea's founding ruler Kim Il Sung.

Chung was the first top South Korean official to see the reclusive Kim, who took power after his father's 1994 death, in more than three years. He was leading a South Korean government delegation that had been in Pyongyang since Tuesday for anniversary celebrations of a landmark summit between Kim and former South Korean President Kim Dae-jung in June 2000 — the first and only such talks between leaders of the Koreas, which remain technically at war.

During their meeting Friday, Kim and Chung agreed on the need to resume military talks between the sides. They also said family reunions between relatives separated by the heavily fortified inter-Korean border — which have been stalled for 11 months — would be continued Aug. 15 at North Korea's Diamond Mountain tourist resort, the only place in the communist nation that South Koreans can freely visit.

American officials have said repeatedly they have no intention to invade the North, and Secretary of State Condoleezza Rice has said Washington recognizes North Korea as a sovereign nation.

Rice said Thursday it wasn't enough for North Korea to return to the disarmament talks, but that Pyongyang should commit to discussing the dismantling of its nuclear program.

"The ball is in the North Koreans' court," Rice said in Washington before leaving on a weeklong trip to the Middle East and Europe.

North Korea bragged in February that it had nuclear weapons and have made moves this year that would allow it to harvest more weapons-grade plutonium, adding to a stockpile experts believe is already enough to build about six nuclear bombs.

Kim agreed late Thursday to the meeting proposed by the South Koreans, saying he wanted to see officials traveling with Chung who he had previously met. Among the Seoul delegation was Lim Dong-won, a former South Korean intelligence chief who met Kim Jong Il as a presidential envoy in April 2002, the last top South Korean official to meet the North Korean.

Chung delivered a message to Kim from South Korean President Roh Moo-hyun calling for resolution of the nuclear issue and improved relations between the divided Koreas.

A brief report from the North's official Korean Central News Agency about the meeting said Kim "expressed thanks" and sent regards to Roh and Kim Dae-jung, characterizing the session as a "cordial talk."