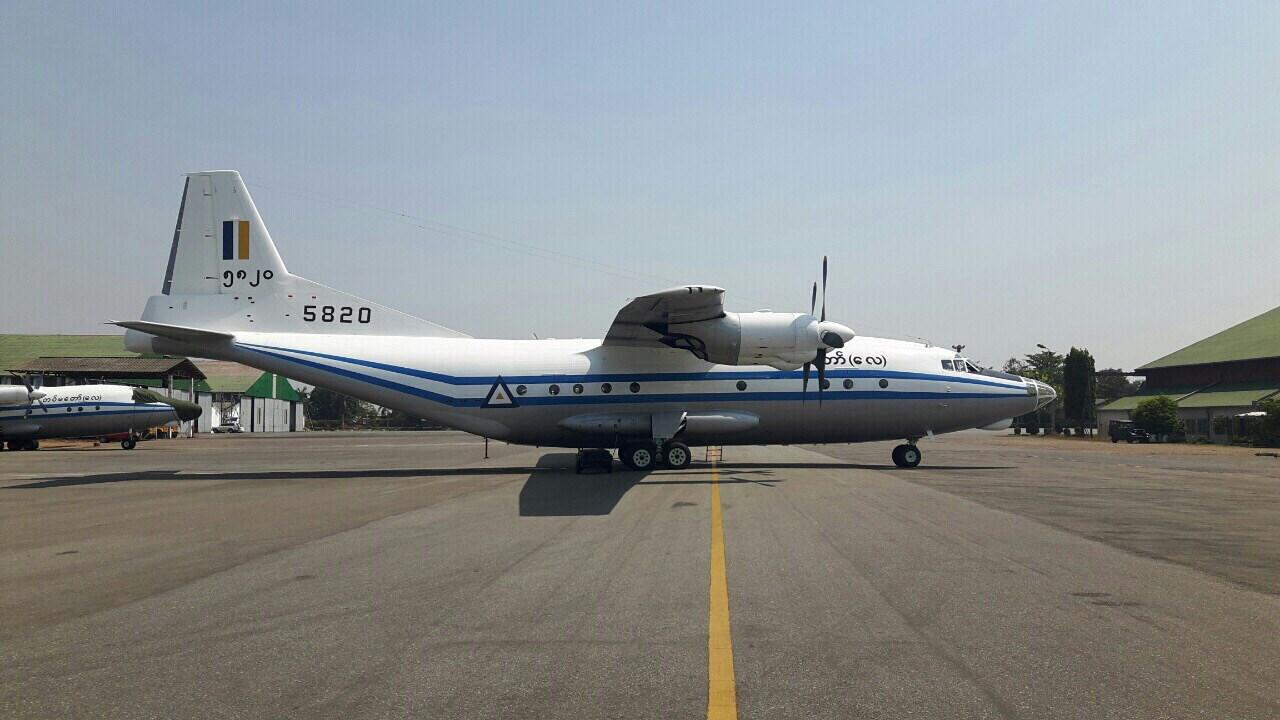 YANGON, Myanmar -- A military transport plane with 120 people on board went missing Wednesday on a flight bound for Yangon from southern Myanmar, also known as Burma, a military spokesman said. There were fears it may have crashed into the ocean because its route would have taken it over the Andaman Sea.

Gen. Myat Min Oo said the Chinese-made Y-8 turboprop aircraft was carrying 106 passengers - mostly families of military personnel - and 14 crew members when it went missing Wednesday afternoon. In an earlier statement, the number of passengers was said to be 90. It is not unusual for such flights to carry civilians to offset transportation costs for military families stationed in the somewhat remote south.

"The military plane went missing and lost contact after it took off from Myeik, and now the military has started a sea and air search with naval ships and military aircraft and is preparing for rescue operations," he said.

It was raining at the time, but not heavily, he said.

Myeik, also known as Mergui, is a city in southeastern Myanmar on the Andaman coast.

An announcement posted on the Facebook page of the commander of the military, Senior Gen. Min Aung Hlaing, said the flight took off from Myeik at 1:06 p.m. and contact with it was lost at 1:35 p.m., when it was believed to be about 20 miles to the west of Dawei, formerly known as Tavoy.

The area is about 440 miles north of the last primary radar contact with Malaysia Airlines Flight 370, which vanished on a flight from Malaysia to Beijing on March 8, 2014, with 239 people on board. That plane is believed to have flown far off course and crashed into a remote area of the Indian Ocean.

The military announcement said Myanmar received the Y-8 plane in March last year, and since then it had logged 809 flying hours.

In a second announcement Wednesday night, the commander's office said six navy ships and three military aircraft were searching for the missing plane.