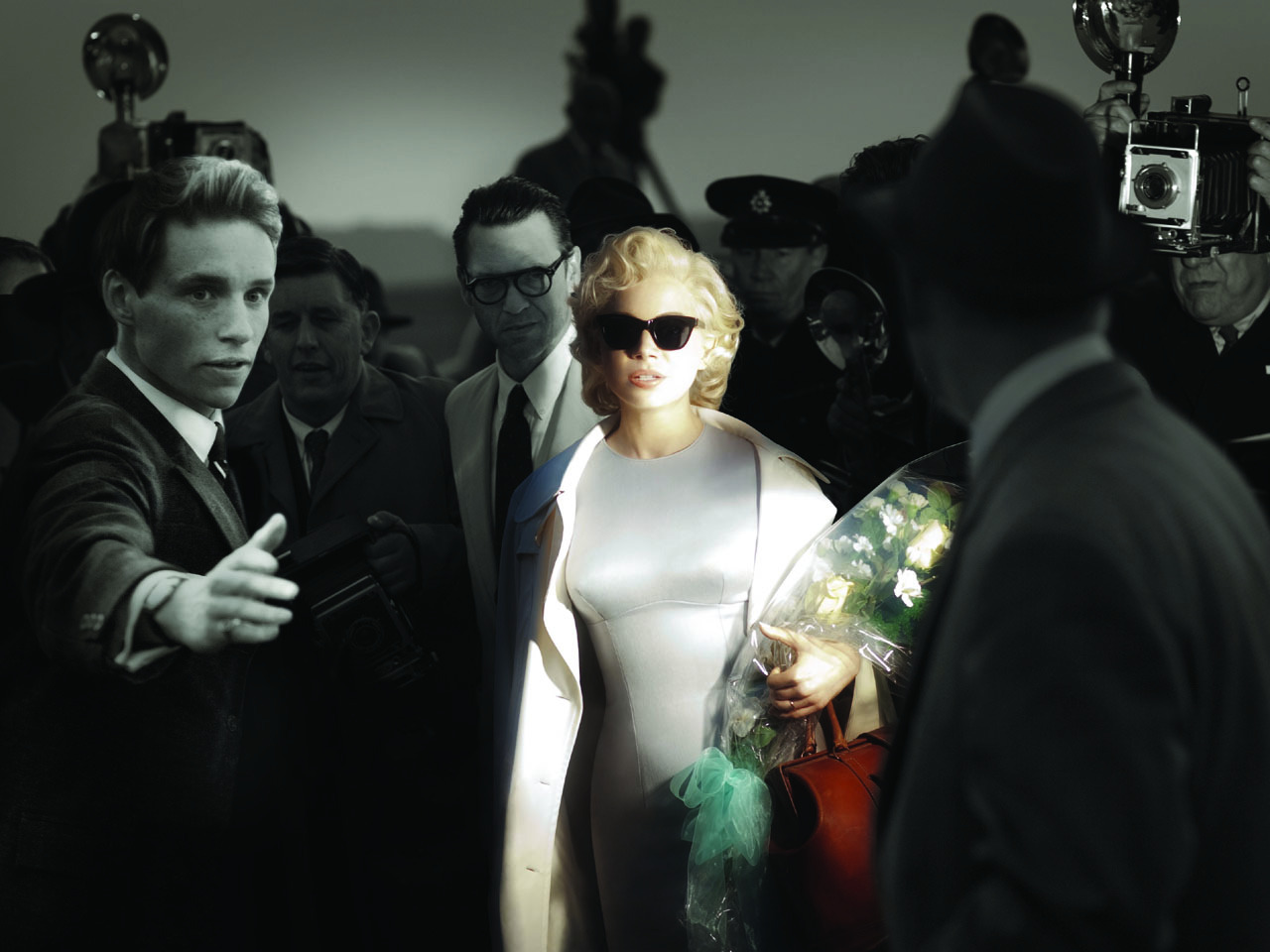 (CBS) Michelle Williams has the good sense to interpret, not replicate, legendary sex symbol Marilyn Monroe in the tell-all drama "My Week With Marilyn." And that makes her and the movie clear winners

Based on a memoir by Colin Clark, the film explores an intimate Monroe's life, a one week interlude during the summer of 1956, when Monroe, arguably the most famous woman in the world at the time, first set foot in England to film "The Prince and the Showgirl." That musical comedy famously united her with Sir Laurence Olivier (Kenneth Brannagh), a stalwart of the British stage and screen, who co-starred and directed the Monroe film.

During that same summer, Colin Clark (Eddie Redmayne), a 23-year old, well-heeled graduate of Oxford with filmmaking aspirations landed a position as a third assistant director on Olivier's set. Some four decades later, Clark penned a novel in diary format recounting his experiences .

One week, however, was missing from Clark's account. It is the events of that one week that formed the basis for his second memoir, years later, about an intimate, emotional week he spent getting to know the legend that was Marilyn Monroe.

Clark becomes a fixture on a set fraught with tension. Olivier, trying to revive a somewhat stalled career, had pinned his hopes of a comeback on the sexy gyrations and com-hither smile of his beautiful, flirtatious co-star. What he does not bargain for is the insecure, vulnerable and, at times, desolate Marilyn he is confronted with.

Olivier's artistic sensibilities are shattered when he has to deal with Monroe's brand of method acting. Her divaesque, moody spells, enabled by her acting coach, Paula Strasberg (Zoe Wanamaker), make him want to explode. He finds her common practice of keeping everyone waiting intolerable..

The only one who seems to make any headway with Marilyn is Clark and he quickly becomes her sole confidant on set. The situation causes him to bear the brunt of Olivier's anger and the snide comments of cast and crew. He must also try and explain his adulation for Monroe to his new girlfriend, smartly played by Emma Watson.

Director Simon Curtis and screenwriter Adrian Hodges have created a fascinating portrait of Marilyn Monroe that is quite removed from the fun, full-of-life character she honed. Williams does an outstanding job morphing herself into the buxom blonde.

At the exact age Monroe was when she made the jaunt to England, Williams is genius in her performance. She captures precisely the essence of a neurotic, vulnerable girl, who behind all the sexual bravado and flashing cameras feels small and insignificant.

She smartly skirts the trap of of ever trying to become the character she plays. No one could portray Marilyn as well as Marilyn portrayed the image she created for herself.

Williams also does an excellent job of singing and dancing, delivering a strong rendition of "Heat Wave."

Kenneth Brannagh is brilliant as a brooding Olivier, overwrought with the assignment of having to coddle Monroe, while tackling his art and his own problems. The supporting cast, which includes Julia Ormond as Vivien Leigh, Dame Judi Dench, Emma Watson and Dominic Cooper lend great character and authenticity to the piece. Dench, in particular, is a real scene stealer, as the distinguished senior character actress on set.

Oscar buzz has been building steadily over Williams' performance and with good reason. She's the darling of a bio-drama that seems just the cup of tea for a discerning voting academy. Look for Williams' name to be front and center when the Academy Award nominations are announced next year.