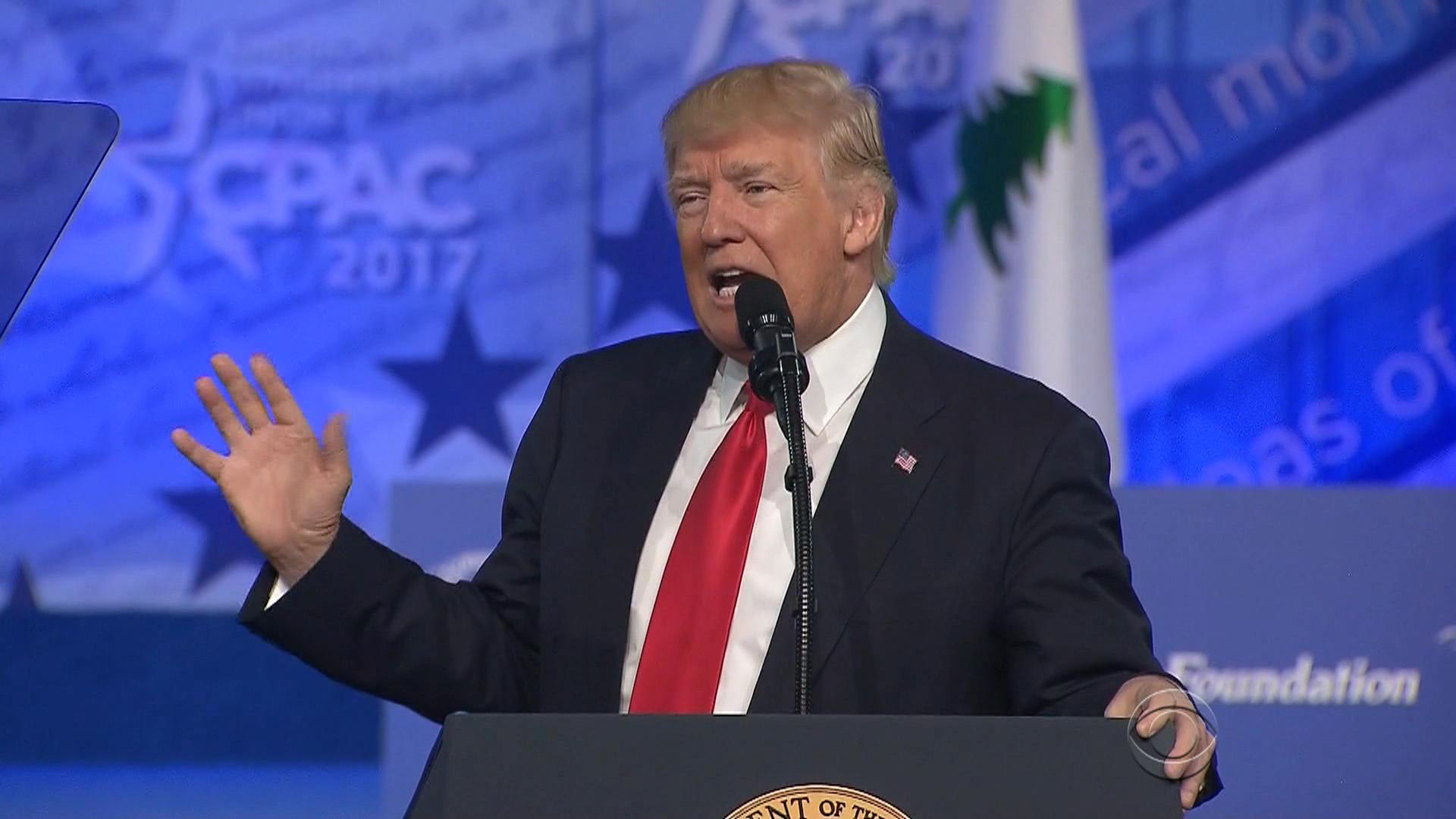 A key pillar of Donald Trump's campaign for the White House was his promise to ban Muslim immigration to the United States. Shortly after Mr. Trump took office, he signed an executive order restricting travel to the U.S. by refugees and by travellers from seven countries: Syria, Iraq, Iran, Sudan, Libya, Sudan and Somalia.

After that version was blocked by the courts, the president signed a new order which dropped Iraq from the list of suspended countries, exempted visa holders, and eased the language on Syrian refugees. However, the new ban has also been blocked, and two cases are being argued before federal appeals courts this week. The 4th Circuit, in Richmond, Virginia, heard the first case Monday.

Spicer responded that he was "not aware of what's on the campaign website."

At the time, Mr. Trump's campaign site still had an active link to a statement titled "DONALD J. TRUMP STATEMENT ON PREVENTING MUSLIM IMMIGRATION." The website the "Way Back Machine" shows the original statement made by the Trump campaign in December 2015, shortly after the San Bernardino mass shooting:

Now, the page appears to have been wiped of all Muslim ban language, barring the original URL, which still reads "preventing Muslim immigration." A page featuring a photo of Mr. Trump and a "contribute" button takes the statement's place:

While the Trump administration argued in court the secular nature of the ban --  that it was attempting to prevent immigration on basis of national origin rather than blatantly banning an entire religious group -- this contradicted his campaign website's claims, which explicitly called for a "total and complete shutdown of Muslims entering the United States" with an unspecified timeline, effectively lasting "until our country's representatives can figure out what is going on."

On Monday, the 4th Circuit questioned the statements made by the Trump campaign, referencing the now-blank webpage specifically.

"He's never repudiated what he said about the Muslim ban: it's still on his website," said Judge Robert King on Monday.

The Trump administration argued that these statements made on the campaign trail should not be considered when reviewing the constitutionality of the ban.

This is not the first time language regarding the Muslim ban has been wiped from Mr. Trump's campaign website.  Shortly after winning the presidential election in November, the same statement disappeared and the page redirected to Mr. Trump's campaign homepage, where visitors were prompted for donations. The language on preventing Muslim immigration was later restored.