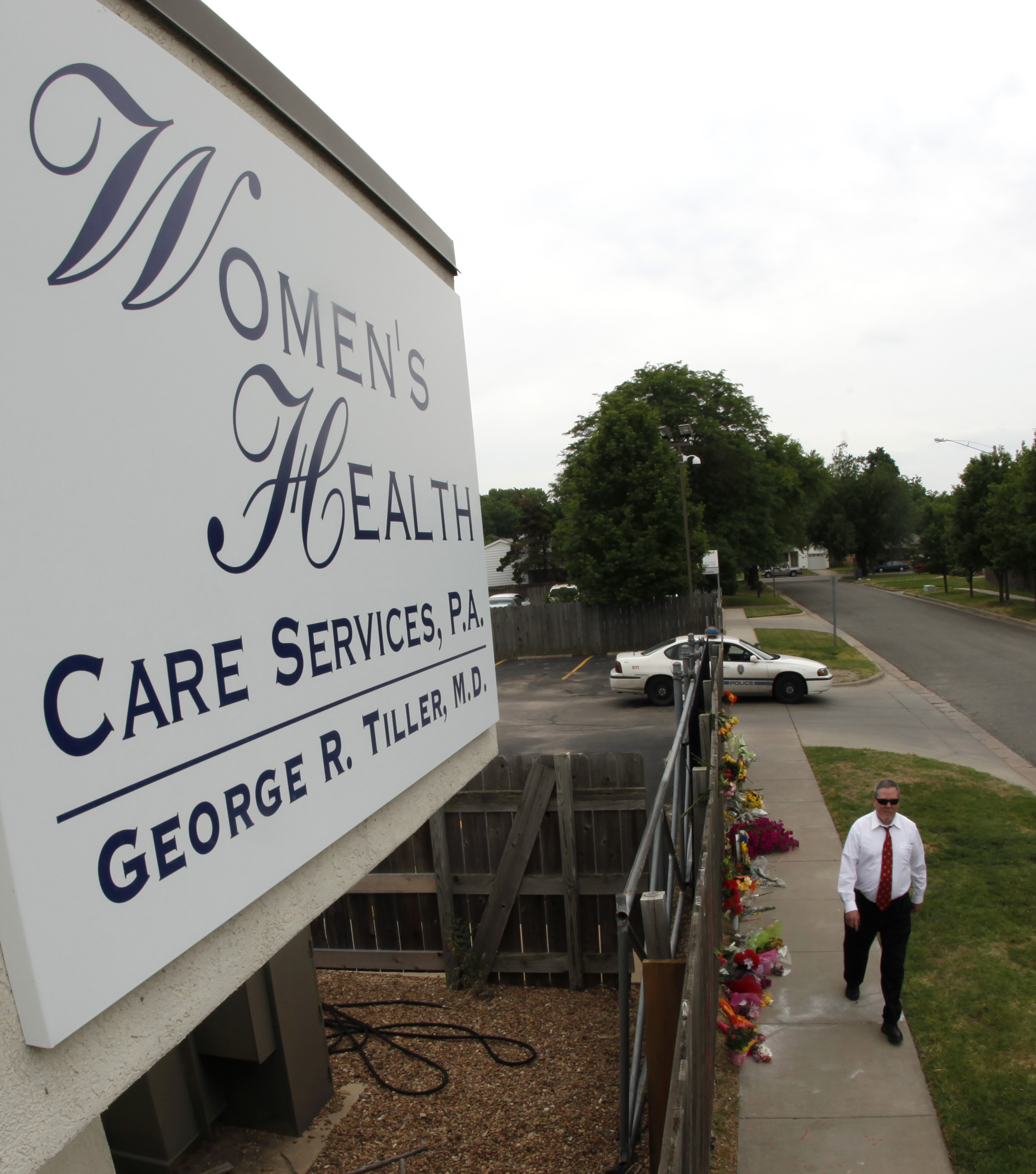 (AP) TOPEKA, Kan. - The shuttered Wichita abortion clinic formerly operated by the late Dr. George Tiller has been bought by an abortion-rights group that intends to reopen it as a family and women's health center that will offer abortions, among other services, the group's executive director said Wednesday.

Burkhart, a former Tiller employee who also founded a separate Trust Women political action committee, has said for months that she was trying to raise money for a new clinic in Wichita. All of Kansas except for the Kansas City area -- has been without an abortion clinic since an anti-abortion zealot murdered Tiller at the doctor's church in May 2009.

Tiller was among a few U.S. doctors known to perform abortions in the final weeks of pregnancy, but Burkhart said the new clinic won't offer such services, largely because Kansas legislators have tightened restrictions on late-term procedures. But she said the new clinic will perform abortions earlier in pregnancy as part of a wide range of obstetrical and family care.

Burkhart declined to discuss the details of the sale, but property tax records available online list the appraised value of the property as $734,100. Burkhart said she can't say yet exactly when the new clinic will open or how many doctors will work there.

Kansas has three abortion clinics, but all are in the Kansas City area. The Wichita Eagle first reported the sale of Tiller's former clinic, based on public records.

The limited liability company that owns the property, Kellogg Investments, filed a document Tuesday with the Kansas secretary of state's office, listing a new agent, Topeka attorney Robert Eye, who declined to comment Wednesday. The same one-page document lists the Trust Women Foundation as the only member of the company, and it is signed by Burkhart and dated Monday.

Kellogg Investments previously had been operated by the Tiller family, and after Tiller's death, his widow was the only person listed as owning 5 percent or more of the company.

"The family is no longer involved," Thompson told The Associated Press, saying she had no other details.

Abortion opponents have been watching for signs that a new clinic would open in Wichita, and earlier this months, anti-abortion groups said the expected Burkhart to open one early next year.

"It is tragic Burkhart appears poised to re-engage in destroying unborn children and exploiting women for money," Mary Kay Culp, executive director of Kansans for Life, said in a statement Wednesday.

In a recent advertisement circulated by email to abortion-rights supporters, Trust Women said it was looking for medical staff experienced in first and early-second trimester abortions and planned to open its clinic between mid-November and January 2013.

Burkhart said the group looked at seven or eight buildings but concluded others were not the correct size or needed too much renovation. Tiller's former clinic, with 8,800 square feet of space, had been listed for sale starting in 2010.

"We never looked at renting," Burkhart said. "Frankly, this building was the best building. It made the most sense for us."

But when Tiller operated the clinic, it was the site of regular protests by abortion opponents, including large "Summer of Mercy" demonstrations both in 1991 and 2001. Burkhart was a clinic employee and ran ProKanDo, a PAC formed by Tiller, from 2002 to 2009.

Burkhart acknowledged the building's past was an issue in the search for a new clinic site but said the good that can come from reopening it as a medical center "outweighs any stigma that people might see."