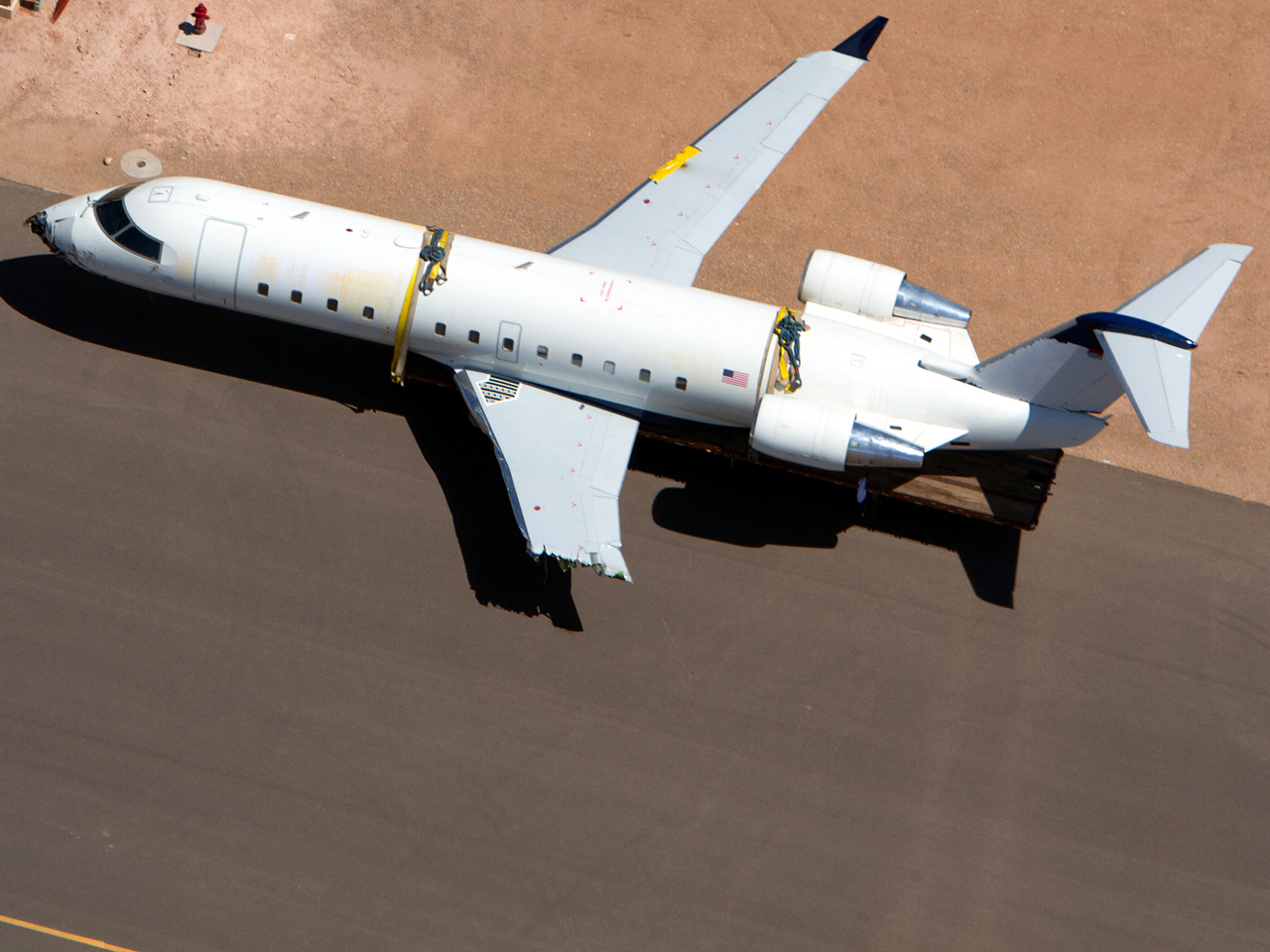 Turns out, it was as easy as using a rug to scale a razor wire-topped security fence at a small Utah airport in the middle of night, slipping past security, boarding an idle, empty 50-passenger SkyWest Airlines jet and revving up the engines.

He crashed the plane in a parking lot and shot himself in the head, never getting off the ground. But the incident has raised concerns that nation's airports may not be as safe as they should be.

The incident could force government officials to take a new look at airport security, CBS News correspondent Bob Orr reported on "CBS This Morning" Wednesday. While the Transportation Security Administration has to approve all airport security plans, the airports themselves are responsible for policing the perimeters.

But the kind of incident involving a trained pilot may be especially hard to prevent.

"Commercial aircraft are not locked up," said Mark Rosenker, a former chairman of the National Transportation Safety Board. "A pilot that's rated in the aircraft can get on board, get into the cockpit, power up the aircraft and be able to fly it single-handedly should he need to."

At least one aviation security expert says it might be time to revisit TSA's protocols.

"Maybe we need to implement some more levels of perimeter security because any type of security incident like this is a lesson to both the good guys and the bad guys. They read the papers just as much as we do," said Jeff Price, an aviation security expert and aviation professor at the Metropolitan State University of Denver.

The former assistant security director at Denver International Airport said that even after Hedglin gained access to the airfield early Tuesday, he shouldn't have been able to get aboard the plane.

"It should have been locked and secured if it wasn't in use," Price said.

TSA spokeswoman Jonella Culmer said the agency is "currently reviewing perimeter compliance" at the St. George Municipal Airport, which is about 120 miles northeast of Las Vegas.

Local authorities were investigating the breach, but Mortenson said the facility meets all Federal Aviation Administration and TSA security requirements. He said, however, the entire perimeter isn't observed at all times, "and I would dare say it isn't at any airport in the country."

SkyWest spokeswoman Marissa Snow said Hedglin was a pilot for the airline since 2005 but had been on administrative leave since July 13, the day police found the body of his girlfriend, Christina Cornejo, in Colorado Springs, Colo.

Authorities say she had been stabbed multiple times. Hedglin was the key suspect but he hadn't been charged.

Colorado Springs police said they asked SkyWest to deactivate his access cards in case he showed up at the airline anywhere in the country. How the 40-year-old was able to gain access to the plane remained unclear.

The Gazette of Colorado Springs, citing court records, reported that Hedglin dated Cornejo for four years and was arrested in March after he was accused of harassing her.

The records show that a restraining order was issued against Hedglin, and he was set for trial in August. He was released on $10,000 bond.

Attorney Steven Rodemer, who represented Hedglin in that case, said he was facing misdemeanor charges of criminal mischief, theft and harassment, but felony charges were dismissed Thursday.

Rodemer said he hadn't seen Hedglin since their last court date that day.

A police officer making rounds at the airport early Tuesday found a motorcycle with the engine running outside the perimeter fence, Mortenson said. As he searched for the owner, the officer came upon the idling plane and called SkyWest.

The airline sent an employee to turn off the engine. Inside, Hedglin was found with a gunshot wound to his head.

Snow noted that an inexperienced person could not have operated the plane, but she did not explain how Hedglin got aboard. "It involves sophisticated procedures and requires an extensive amount of training to even know how to start the plane," she said.

"If you defeat one layer of security, there are supposed to be other layers in place to prevent criminal or terrorist attacks," Price said. "Today, perimeter security at airports, it's just a fence. They're not required to have intrusion protection systems, and they're not required to have closed circuit TV to monitor the fence because the current level of risk doesn't warrant it.

"But maybe that needs to be looked at," he added.

Hedglin was a member of the Colorado National Guard, where he was a part-time soldier who worked as a cook. He had no specialized military training and was never deployed, Capt. Darin Overstreet said.

SkyWest officials said the CRJ200 plane Hedglin stole was not in service at the time. The aircraft is made by Bombardier and is capable of flying up to 534 mph with a range of 1,700 miles. Normally it has a two-person flight crew and a single flight attendant.

A dozen flights leave or arrive at the St. George airport each weekday, according to the airport's website. Most run between southern Utah and Salt Lake City, with two flights connecting St. George and Los Angeles.