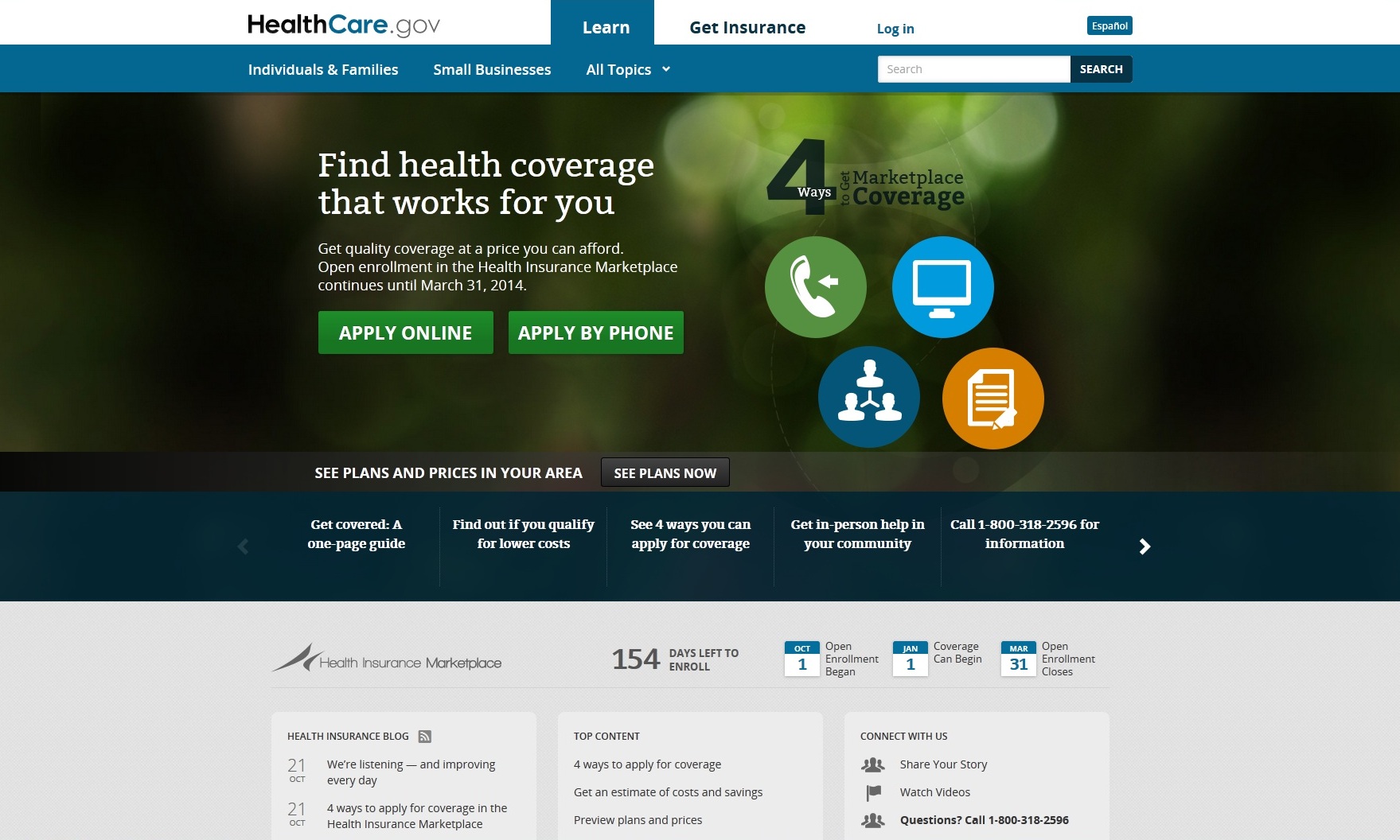 Fewer than one in five uninsured Americans have visited the state-based, online Obamacare portals to consider getting insurance, according to a new Gallup poll.

The new Obamacare marketplaces have been open since Oct. 1 -- HealthCare.gov serves as the online portal for the marketplaces in 36 states, while the rest of the states are running their own websites. Open enrollment on the new marketplaces lasts through March. Most Americans will have to get insurance before then, or they will be fined by the IRS (the penalty for not having health insurance is $95 in the first year.

The survey doesn't say why uninsured Americans aren't visiting the marketplaces, but the ongoing technical problems on HealthCare.gov and some state-based sites have likely been a factor. The Obama administration has said that HealthCare.gov should be running smoothly for the "vast majority" of Americans by the end of November.

Once the site is fixed, the administration is planning a more aggressive media campaign to encourage more people to sign up for plans on the marketplaces. Administration officials also say they expect many people to put off enrollment until the last minute.

An earlier Gallup survey found that less than half of uninsured Americans who plan to get insurance (44 percent of them) plan to look for it on the new marketplace. Meanwhile, one in four uninsured people told Gallup they're more likely to pay the fine than get coverage.

The administration has yet to release figures on just how many people have enrolled in insurance on the new marketplaces so far. However, the incremental reports that have been released so far aren't encouraging. Sens. Chuck Grassley, R-Iowa, and Orrin Hatch, R-Utah, on Friday released enrollment data from the four insurance companies in the Washington, D.C. marketplace showing that just five people in the District have enrolled so far.

"With numbers like these, it's no wonder the Obama Administration hasn't wanted to release how many people have signed up for ObamaCare," Hatch said in a statement. "Whether it's significant problems with the website, people being forced off the coverage they had or skyrocketing costs, these numbers are even more proof of what a disaster ObamaCare is and why it should be delayed."

The senators said the new mandate requiring people to obtain insurance starting in 2014 should be delayed as Obamacare problems are addressed. At least one Democrat agrees -- Sen. Joe Manchin, D-W.V., on Thursday joined Sen. Mark Kirk, R-Ill., to introduce a bill that would delay the mandate until 2015.

The administration has said that people have plenty of time -- another five months -- to sign up. However, the administration is working with state insurance commissioners, CBS News chief White House correspondent Major Garrett reports, to try to help at least some people who have been dropped from insurance plans that don't meet new Obamacare coverage standards. The administration is attempting to tweak regulations, Garrett reports, to help people who were dropped from their plans but now only qualify for plans they can't afford.

At an event in Atlanta Friday, Health and Human Services Secretary Kathleen Sebelius reportedly said on the issue, "We're looking at a number of options where there may be an opportunity for that number of people to look at plans that they have right now. But there isn't any specific proposal at the table immediately."

Sebelius has come under fire amid the technical problems plaguing HealthCare.gov. On Thursday, 10 Senate Republicans -- including Sen. Lamar Alexander, R-Tenn., the top Republican on the Senate Health, Education, Labor, and Pensions (HELP) Committee -- sent a letter to President Obama requesting that he "immediately relieve Secretary Sebelius of her duties as Secretary of Health and Human Services."