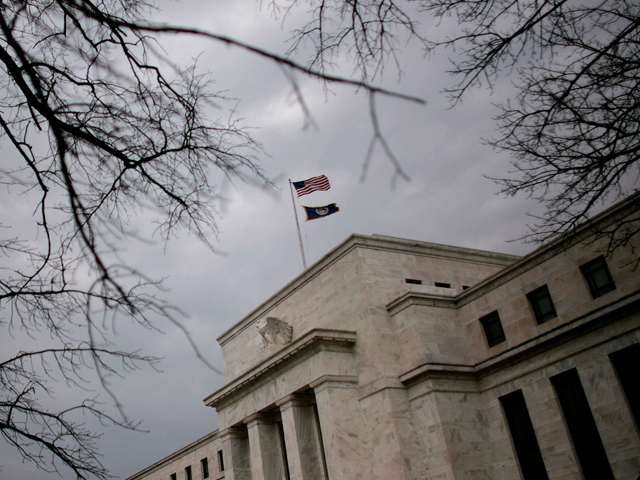 (MoneyWatch) The pace of new home constructionin the U.S. rose 2.3 percent last month, and that was before the Federal Reserve's recent move to ease interest rates helped push mortgage rates to record lows. But while this should be good news for the housing industry, mortgage refinancing continues to outpace applications for new home loans. There is reason to think that pattern may continue, potentially hindering the Fed's efforts to breathe life into the housing sector.

Fed Chairman Ben Bernanke said last week that the Fed will start purchasing $40 billion a month in mortgage-backed securities. This is the third round of so-called quantitative easing, under which the Fed buys debt securities in hopes of lowering long-term interest rates low and stimulating spending. QE3, as the latest initiative is dubbed, also aims to encourage investors to invest in riskier assets, such as stocks, in pursuit of higher returns.

Mortgage rates have declined since the Fed announcement. The average rate on 30-year fixed-rate mortgages fell to a record-low 3.72 percent last week, down from 3.75 percent the previous week, according to the Mortgage Bankers Association.

Poverty remains level, but incomes fallWhat do Americans think of the rich?Is the U.S. economy healing or coughing blood?

But the trade group also said the total number of mortgage applications slipped 0.2 percent. On a seasonally adjusted basis, the MBA's purchasing index -- a weekly measure of the number of mortgage applications submitted to buy a home--was down 4 percent from a week earlier. Although these rates can vary widely from one week to another, since the start of 2012 the less-volatile four-week moving index has either held steady or dropped.

One reason why fewer borrowers are seeking new mortgages is that banks have tightened lending standards. Many people who want to buy a home do not qualify because of poor credit histories. And with the U.S. economy still on shaky ground, many consumers who could get a mortgage remain hesitant to take on new debt.

Local issues are also impeding regional housing markets. Some regions, which experienced only moderate declines in the price of real estate, are seeing a shortage of desirable homes for sale. Lower interest rates are unlikely to do much to boost sales in those areas.

In addition, there are concerns that banks are delaying passing on interest rate cuts to consumers. Even though rates are already the lowest in a generation, they could be even lower.

In the past year, lenders have taken advantage of these rates by increasing the amount they earn from the spread between what it costs them to borrow money and what they charge customers. Banks earn money from mortgages by lending to borrowers at one rate, then bundling them and selling them as mortgage-backed bonds that pay interest at a lower rate.

However, even a lower rate can't make more people eligible to borrow, put more properties on the market or make consumers more confident in the economy.