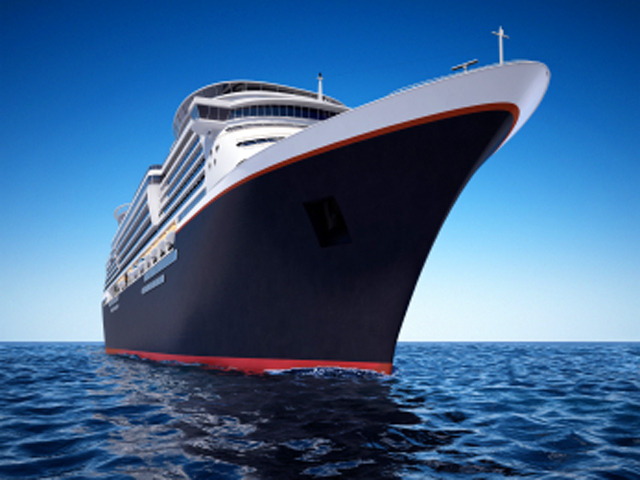 (MoneyWatch) The Federal Reserve announced aggressive moves to boost the economy Wednesday, sending the stock market sharply higher. The Fed said it would purchase $40 billion a month of mortgage-backed securities to spur economic growth and help reduce unemployment (aka "quantitative easing," "QE" or "large-scale asset purchases.") Unlike like the previous two iterations of bond buying, where the Fed put a limit on the amount of bonds it would purchase, the Fed says it will keep buying the securities until the job market shows substantial improvement.

The central bank also announced that it would continue "Operation Twist", whereby the Fed sells short-term bonds and uses the proceeds to buy longer-term bonds in order to keep longer-term interest rates lower. The combination of QE3 and Operation Twist means that the Fed will be buying $85 billion of bonds each month through the end of the year. Finally, the Fed extended its plan to keep short-term interest rates at record-low levels through mid-2015, from its previous time horizon of the end of 2014.

Full text of the Federal Reserve's statement Fed to spend $40B a month on bond purchases Mark Thoma: Here's the Fed's reasoning behind the move

The purpose of QE, when the Fed goes into the market and buys bonds, is to push down longer term interest rates, encouraging more lending and borrowing, which ultimately should spur new economic growth. At least that's the theory. Critics say it doesn't work, and predict it will lead to inflation down the road.Now that QE is going be with us for a while, here is a handy "QE Cheat Sheet":

The Fed buys U.S. Treasury bonds and mortgage-backed securities, which drives up prices, pushes down interest rates and reduces the availability of these bonds in the market. With fewer bonds available, investors turn to alternate assets, like corporate bonds. This part is important: When investors buy corporate bonds, they are lending money to companies. According to the Fed, the availability of corporate credit was an essential component in promoting the economic recovery, especially during the height of the financial crisis in 2008-2009, and the byproduct of an improving economy is a rising stock market.

Another desired outcome of QE is to push more money into the banking system, which then prompts banks to lend more to consumers and businesses. The Fed hopes that those loans translate into home and auto purchases and increased business spending, all of which contribute to economic growth.

One note: In the GW lecture, Bernanke stressed that asset purchases are not government spending, because the assets the Fed acquires are ultimately sold back into the market. In fact, as of March, the Fed had made $200 billion, which benefited taxpayers by reducing the federal deficit.

How much has the Fed spent on these bonds? At the height of the financial crisis (Nov. 25, 2008), the Fed announced that it would purchase $100 billion of government sponsored entity bonds (GSEs) and $500 billion of mortgage backed securities (MBS). In March 2009, the Fed expanded the program to a total of $1.25 trillion. The Fed announced QE2 on Nov. 3, 2010, which added another $600 billion in bond purchases to the Fed's balance sheet.

QE3 build-up: QE3 has been widely anticipated since the summer, when data indicated that the U.S. economy was slowing down. In his semi-annual testimony before lawmakers in July, Chairman Ben Bernanke was asked what would prompt the Fed to act; and he responded that the Fed would focus on whether a sustained recovery in the labor market was occurring (not yet) and whether prices are falling (they have drifted lower recently).

But it was not until the end of the summer when the Fed Chairman spoke more explicitly about QE3. In Jackson Hole, Wyo., on Aug. 31, Bernanke said "The economic situation is obviously far from satisfactory," and the weak labor market is "a grave concern not only because of the enormous suffering and waste of human talent it entails, but also because persistently high levels of unemployment will wreak structural damage on our economy that could last for many years."

Did QE/QE2 work? During the Jackson Hole speech, Bernanke cited a Federal Reserve Board study that found that the first two rounds of QE may have "raised the level of output by almost 3 percent and increased private payroll employment by more than 2 million jobs, relative to what otherwise would have occurred."

[For econo-geeks, here's a snippet from the study: "The first phase of the Federal Reserve's asset purchases reduced the general level of long-term interest rates by around 50 basis points...Phase 1 of the program by itself is estimated to boost the level of real GDP almost 2% above baseline by early 2012, whereas the full program raises the level of real GDP almost 3% by the second half of 2012. This boost to real output in turn helps to keep labor market conditions noticeably better than they would have been without large-scale asset purchases. In particular, the model simulations suggest that private payroll employment is currently 1.8 million higher, and the unemployment rate 3/4 percentage point lower, than would otherwise be the case; by 2012, the incremental contribution of the program is estimated to grow to 3 million jobs."]

In addition to increasing GDP and decreasing unemployment, the other benefit of QE, according to Joe Gagnon, Senior Fellow at the Peterson Institute for International Economics, is that it "inspired confidence and ...it convinced financial markets that the United States wouldn't turn into Japan, which they were worried about."

On the consumer side, Gagnon noted that lower rates that resulted from QE allowed some people to refinance higher interest debt, reducing monthly payments and improving monthly cash flow. Additionally, when QE pushes up other asset prices, like stocks, it makes "people feel better off".

What's the downside to QE? The big fear about QE is that it could create inflation. As John Hussman recently noted, while there is no inflation currently (inflation has averaged about 3.8 percent since 1950. The most recent CPI report showed that inflation over the past 12 months for all items was 1.4 percent in July and the index for all items less food and energy rose 2.1 percent), it could return with a vengeance in the future. To combat future inflation, Bernanke has said that the Fed would simply "remove liquidity" from the economy by selling the bonds it has purchased under QE. However, the sale of trillions dollars of bonds on the open market would likely drive up interest rates and slow down the economic recovery.