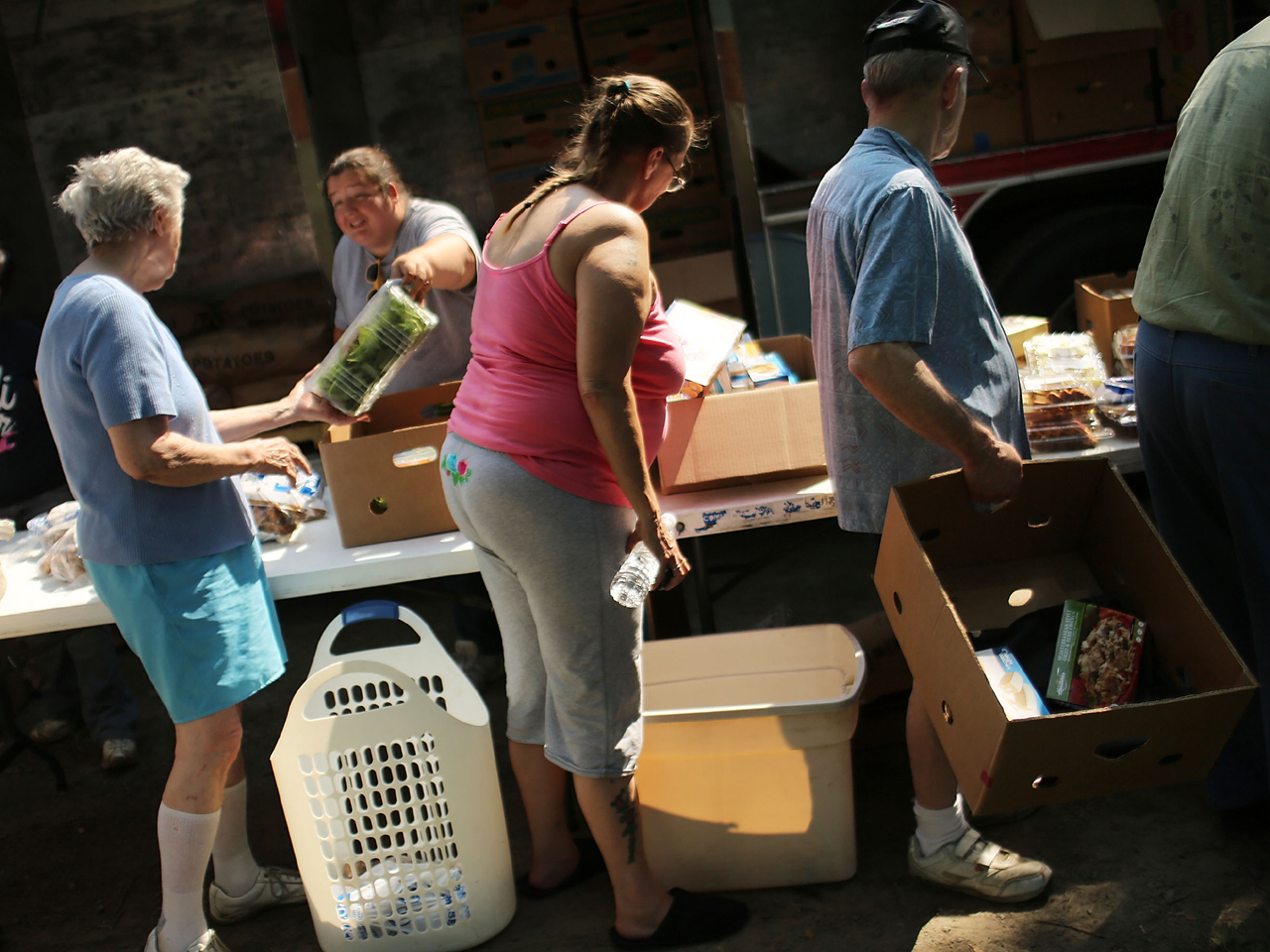 (MoneyWatch) The number of Americans living in poverty remained level in 2011, the first time in five years the rate did not rise, the U.S. Census Department said Thursday. But tempering the news, a surprise given the state of the economy, is that median U.S. incomes declined for a third straight year, that amounts to the the longest period following a recession without a wage rebound in the past 45 years.

The bureau reported that 46.2 million Americans, or nearly 1 in 6, lived below the poverty line in 2011 (see chart at bottom) Although that is 100,000 fewer than the previous year, it is not considered statistically different from the official rate in 2010. Nearly 22 percent of people under 18 were impoverished, the hardest hit of all age groups, according to the bureau. By comparison, 12.4 percent of people 18 and older lived in poverty.

The latest numbers represent an increase of 9.7 million people from 2006, when 36.5 million, or 12.3 percent of the U.S. population, were in poverty. The government considers any individual earning less than $11,484 annually to be living in poverty. For a family of four, the earnings threshold is $23,021 per year.
Is the U.S. economy healing or coughing blood?
What do Americans think of the rich?During recovery, most new jobs offer low wages

That decline primarily hit low- and middle-income earners. The top 20 percent of the population in terms of earnings saw an increase of 1.6 percent in 2011. People in the top 5 percent -- those with annual income of more than $186,000 -- saw their wages increase by 5.3 percent over the previous year. Income earner in the 20-80 percent bracket saw an average decrease of 1.7 percent. Earnings were flat for those in the bottom quintile.

Despite the static poverty level, the percentage of people without health insurance coverage continued to decline last year, dropping to 15.7 percent from 16.3 percent in 2010. The number of uninsured also decreased to 48.6 million in 2011, from 50.0 million the previous year.