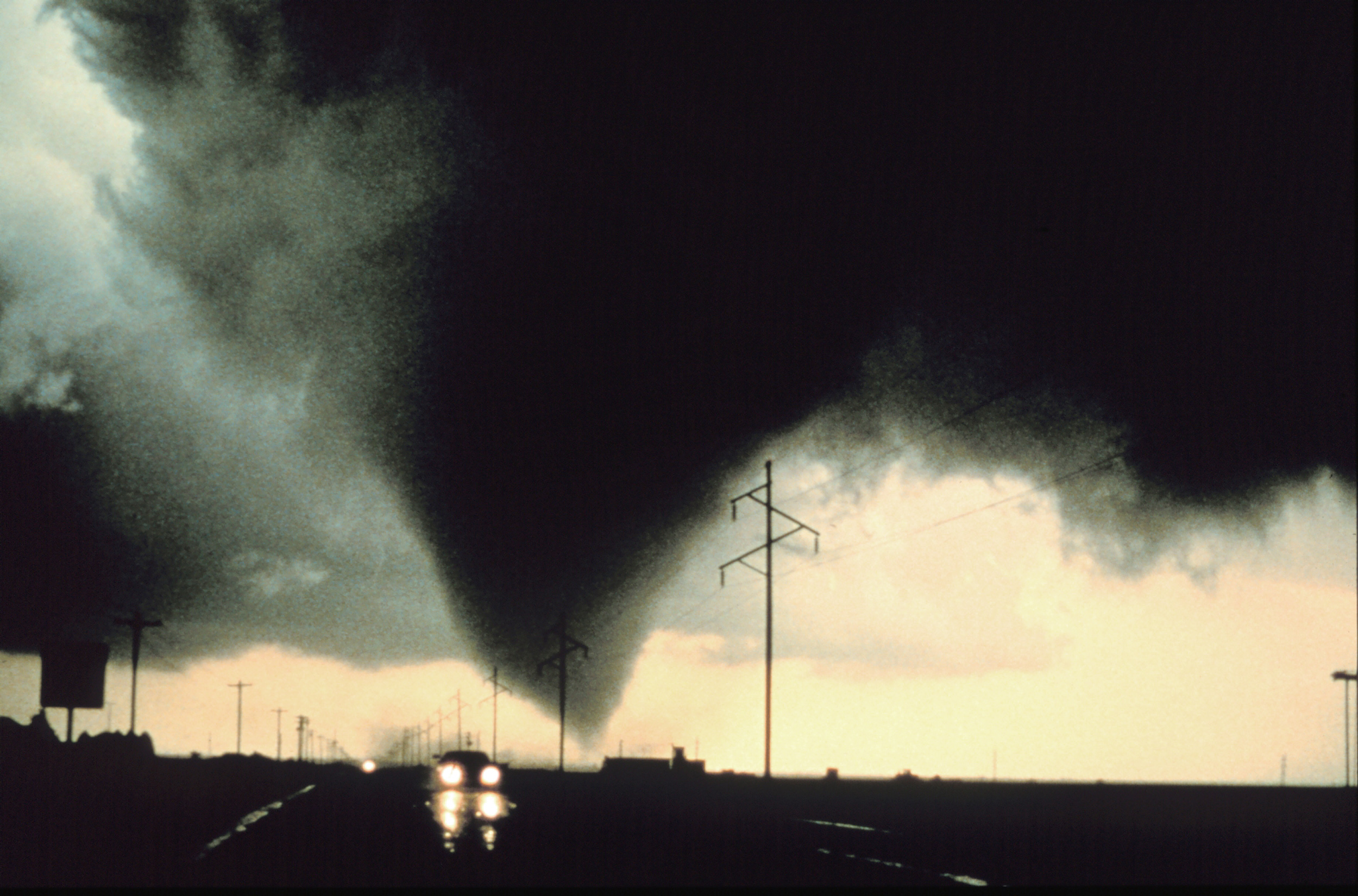 Climate change may be playing a role in the strength and frequency of tornadoes, a new study suggests.

Research published in the journal Climate Dynamics finds that although tornadoes are occurring fewer days per year than they used to, they are forming at greater density and strength. This means that on days when tornadoes do form, there tend to be more of them and they're often more powerful.

The United States experiences more tornadoes than any other country in the world. They can happen anywhere in the country, but states in the South and Midwest are most likely to be hit, with the highest concentration taking place in "Tornado Alley," which stretches through Texas, Oklahoma and Kansas. So far this year, there have been 189 confirmed tornadoes, with a death toll of 43, according to NOAA's Storm Prediction Center.

In the past, many scientists dismissed the impact of climate change on tornadoes because tornado occurrences vary so greatly from year to year. The number of tornado days in a year -- days in which at least one tornado occurred -- have declined since the 1970s, with a high of 187 in 1971 and a low of 79 tornado days in 2013. But at the same time, the number of days with multiple tornadoes has risen sharply.

Elsner told CBS News that when he first looked at tornado days with at least four tornadoes, he noted no change. However, when he looked at instances with larger numbers of tornadoes in a single day, he found a significant increase.

Before 1980, the researchers found that there were, on average, three or four days per year with at least 16 tornadoes. That average has nearly doubled since 2000.

Before 1990, very few years saw a major outbreak of at least 32 tornadoes in a single day. However, since 2001, that's happened every year. In 2011, the worst tornado year on record, there were six such days.

"The bottom line is that the risk of big tornado days featuring densely concentrated tornado outbreaks is on the rise," the study states.

The researchers say their findings suggest climate change may be a factor. "These trends represent observational evidence of changes in severe deep moist convection possibly related to our changing climate," they write.

One bit of welcome news in the study is that the geographic area most impacted by tornadoes does not appear to be growing.

"I found that the areas where tornadoes cluster are not getting larger, but that there are more tornadoes occurring within those areas. Those areas occur over much of the U.S. east of the Rockies," Elsner told CBS News in an email.