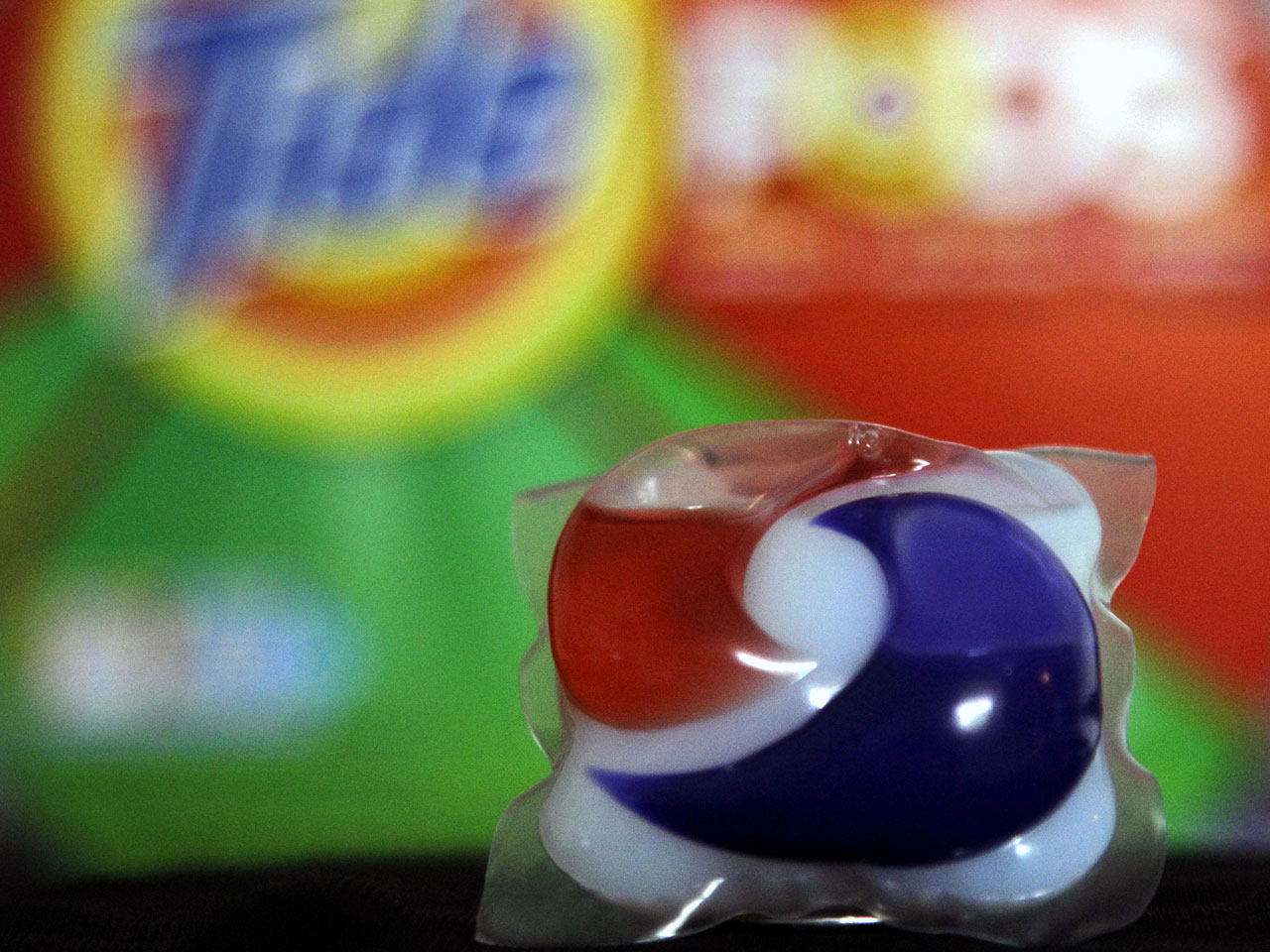 (CBS/AP) Miniature laundry detergent packets have been popping up more on store shelves as an alternative to bulky bottles prone to spills. But doctors across the country are warning parents that kids are confusing the tiny, brightly colored packets with candy and eating them.

Nearly 250 cases have been reported this year to poison control centers. Though they remain a tiny fraction of the thousands of poisoning calls received every year, doctors are concerned. No deaths have been reported but the symptoms they see in connection with ingesting the packets -- such as nausea and breathing problems -- are more severe than typical detergent poisoning.

"We're not quite sure why it's happening, but we've clearly had some kids who have become much more ill," said Dr. Kurt Kleinschmidt, a Dallas toxicologist and professor at the University of Texas Southwestern Medical Center. " We look at these pods as being clearly more dangerous than the standard detergent."

Tide, Purex and other detergent manufacturers introduced different versions of the packets earlier this year. The lightweight, colorfully swirled plastic packets contain a single-use amount of detergent that dissolves in water. They're intended to be dropped into a laundry machine in place of liquid or powder detergent.

Several poison control centers started to get calls from parents about the packets in March and April, soon after they were introduced in earnest. Texas reported 71 instances of exposure this year, all but one in March or later. Missouri reported 25 cases related to the packets, and Illinois reported 26.

"If you look at the Tide Pods, they're bright blue and bright red and they look very similar to some of the ribbon candy," said Julie Weber, director of the Missouri Poison Control Center in St. Louis.

Paul Fox, a spokesman for Cincinnati-based Procter & Gamble, the parent company of Tide, says all cleaning products need to be handled carefully.

"The packs themselves are safe, regardless of who manufactures them, provided that they are used for their intended purpose," Fox said. "The risk becomes when they're left like any other household product within reach of small, inquisitive hands."

Fox said Friday that the Cincinnati-based company plans to create a new double latch lid on tubs of Tide Pods "in the next couple of weeks."

While the detergent packets are a threat, poison control centers field thousands of more calls about other substances ingested by children under 5 such as ibuprofen, diaper rash cream and other household substances.

However, doctors are alarmed about the packets because they appear to be more dangerous than just swallowing other detergents.

Dr. Michael Buehler of the Carolinas Poison Center theorized why, including that the packets carry a full cup's worth of detergent in bite-size form or the detergent in the packet might activate differently or more quickly.

"The children get sicker, more severe, and they do this quicker than what we've seen with standard liquid laundry exposure," Buehler said.

"These pods are quite dangerous if ingested, mainly due to the risk of vomiting which can ultimately lead to aspiration of the product into the lungs with resulting difficulty breathing," Dr. Robert Glatter, an emergency medicine physician at Lenox Hill Hospital in New York City, told HealthPop. "The end result can potentially lead to children requiring a ventilator if the reaction to the detergent is severe enough."

In suburban Philadelphia, a 17-month-old boy was home with his mother when she "turned her back for the proverbial second," said Dr. Fred Henretig of the Poison Control Center at The Children's Hospital of Philadelphia. The boy climbed up on a dresser and popped a detergent package in his mouth then vomited, became drowsy and started coughing. He had to be put on a ventilator for a day and hospitalized for a week.

Detergent packets are common in Europe, but are a recent addition to the American market, Fox said. He said Tide Pods had done well against other detergent packets, but it was too soon to say if shoppers appeared to be replacing liquid and powder detergent with the packs.

Kiem Ho, vice president for marketing at Purex, whose consumer goods division is based in Scottsdale, Ariz., said its UltraPacks packaging comes with warning labels to keep out of reach of children.

"This is a new form of laundry product and we will continue to join other manufacturers to safeguard and educate consumers on the correct storage and use of these products in the home" Ho said in a statement.