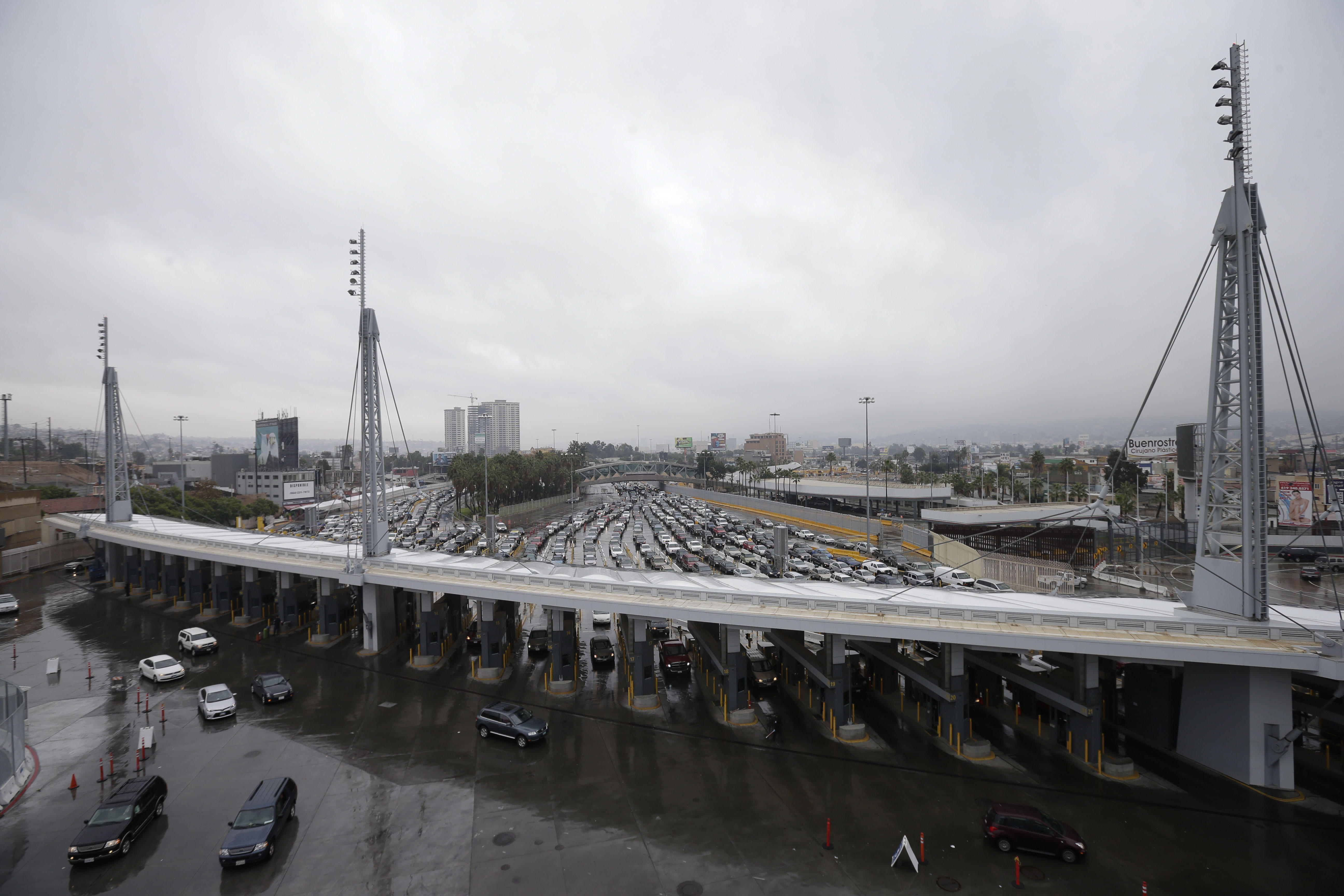 WASHINGTON - An increasing number of people from far-flung corners of the world have tried to sneak into the United States among the hundreds of thousands of other, mostly Latin American migrants caught at the Mexican border in the last year, according to arrest data from the Homeland Security Department.

The arrests of more than 8,000 people from India, China, Romania, Bangladesh and Nepal between October 2015 and the end of August is offering a new challenge to immigration agents tasked with fully identifying would-be immigrants and quickly deporting people caught crossing the border illegally.

The group of overseas migrants represents a tiny fraction of the more than 408,000 people caught crossing the Mexican border illegally in the last year. But the arrests suggest a rising trend in the number of migrants opting for a convoluted trek that sometimes wends across the seas to South America, over land to Central America and then through Mexico before arriving at the U.S. border illegally.

For decades Mexico dominated the discussion on illegal immigration as the country from which most immigrants went to the border illegally. But in recent years the number of Mexican nationals who have been trying to sneak into the United States has dropped.

Victor Manjarrez, a former Border Patrol sector chief and director of the Center for Law & Human Behavior at the University of Texas at El Paso, said the rising number of migrants from countries far beyond the Americas should be seen as a growing concern.

“That is very unusual. If I was still sitting as the chief of El Paso or Tucson...I’d be a little concerned,” Manjarrez said. “In the grand scheme, as a percentage, it’s relatively small but the raw numbers are such a big jump historically.”

Last month, a throng of more than 1,000 Haitians shouted and shoved at the door of Mexico’s immigration agency at the U.S. border in Tijuana, Mexico. Several thousand Haitians have traveled to Tijuana in recent months, overflowing migrant shelters and often sleeping outside next to their backpacks on sheets of cardboard, many after traveling 7,000 miles by foot, taxi and bus from Brazil through eight nations to the threshold of the United States

The changing face of illegal immigration at the U.S.-Mexico border is a small part of a broader trend of global migration, with millions of people fleeing their home countries. But the arrival of so many people from far beyond U.S. borders brings with it broad implications for U.S. border security and other immigration enforcement efforts.

The Homeland Security Department has made arresting, jailing and deporting recent border crossers a top priority for immigration agents. Most Mexican migrants caught at the border are sent home within just a few days. But for migrants from countries a continent away the process is often far longer and costlier for the U.S. government as the migrants wait in immigration jails for travel documents to return home or a judge to decide their fate.

The uptick in arrivals of people from other continents, combined with an increase in overall border crossings in the last 12 months, has led to a spike of more than 40,000 people being held in immigration jails in recent weeks. Immigration and Customs Enforcement’s budget gives them enough money to house 34,000 people at any given time and the recent overflow has officials worried they may face a budget shortfall of more than $130 million in the coming months if the trend continues.

DHS spokeswoman Gillian Christensen said the agency has enough money to “operate at current levels” until Dec. 9, when a temporary budget resolution expires. After that, she said, DHS will work to either shift money from other parts of the department or find another “alternative budget strategy.” She described the possible budget adjustment as “common.”

Manjarrez said border agents and immigration officials face multiple challenges with a rise in immigrants from so far away, including language barriers and crowded detention centers.

“The further away you get from the Americas, the more difficult it is to really know who they are,” Manjarrez said of the government’s ability to fully identify some would-be immigrants.

The director of the Washington Office on Latin America’s Mexico program, Maureen Meyer, said it appears that many of the overseas migrants are making their way through Mexico via South American countries, including Brazil, where entry visas are either easy to come by or not required. And their final destination is more often than not the United States.

“I think it’s reflecting a gradual trend, as of at least particularly the last year,” Meyer said.

While the exact draw of the round-the-world route isn’t entirely clear, Meyer said an expanding network of human smugglers appear to be taking advantage of the increasingly popular smuggling routes that use Mexico as a transit country.

“There’s a lot of smuggling that goes through Mexico that you don’t see,” Meyer said. She added that rumors of lenient treatment of some immigrants in the United States may also be a factor.

The recent influx of overseas migrants may be a harbinger of things to come.

More than 7,000 people who claimed to be from Africa have been arrested in Mexico between January and August, according to statistics maintained by Mexican federal immigration authorities. The number of such immigrants has been on the rise in recent years.

In 2013 Mexican immigration authorities arrested fewer than 1,000 migrants from Asia and Africa, while the number rose to nearly 11,000 from January through August.