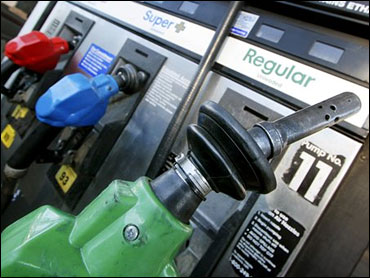 The earnings figure was 36 percent above the profit it reported a year ago. High oil prices helped boost its revenue by 12 percent to a level just short of a quarterly record.

Exxon Mobil's report came one day after another large U.S. oil company, ConocoPhillips, said it earned more than $5 billion in the quarter and at a time when many drivers in the United States are paying $3 for a gallon of gas — increasing the likelihood of further political backlash in Washington.

And the good times continue outside the boardroom as well.

They are back in the big oil-producing region of West Texas with crude oil at nearly $75 a barrel. In President Bush's hometown of Midland, neighborhoods and banks are sprouting up, downtown streets are getting a face lift and there are more jobs than people to fill them, CBS News correspondent Kelly Cobiella reports.

In the last year, car sales have jumped 23 percent, permits for new homes shot up 50 percent and overall economic growth in the Midland area, a gushing 11 percent, Cobiella adds.

Sandra Hughes on how gas prices affect the working poor.

Exxon Mobil, the world's largest oil company by market capitalization, said earnings amounted to $1.72 per share in the April-June quarter compared with a profit of $7.64 billion, or $1.20 per share, a year ago.

The results topped Wall Street expectations but came in behind Exxon Mobil's record profit of $10.71 billion set in the fourth quarter of 2005.

Analysts polled by Thomson Financial expected the company to earn $1.64 per share.

Revenue rose to $99.03 billion from $88.57 billion in the prior-year quarter. That was short of Exxon Mobil's record third-quarter revenue of $100.72 billion — which also stands as record revenue generated by any U.S. public company ever in a single quarter.

Exxon Mobil said it spent $4.9 billion on capital and exploration projects during the quarter, up 8 percent from a year ago, while distributing $7.9 billion to shareholders in the form of dividends and share repurchases. Congress has been urging the big oil companies to put more of their profits toward boosting the supply of energy for consumers.