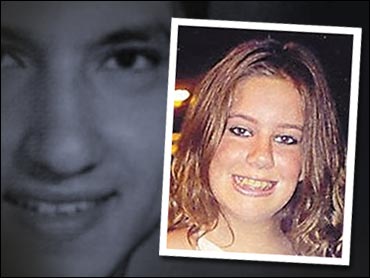 State charges were added Friday against a Brazilian man accused of strangling a 13-year-old girl he allegedly met on the Internet.

The Connecticut warrant charges Saul Dos Reis, 24, with manslaughter, and two counts each of second-degree sexual assault and risk of injury to a minor.

Dos Reis is currently in federal custody after being indicted Thursday by a federal grand jury on a charge he used the Internet to entice the girl for sex. According to the indictment, he and Long engaged in Internet conversations between April 28 and May 17.

Police said Dos Reis confessed to accidentally killing Christina Long while they were having sex in Dos Reis' car on May 17 at the Danbury Fair Mall. He reportedly told police they could find Long's body in Greenwich. Authorities found the body May 20.

He is being held without bond on the federal charge because of immigration problems. The U.S. Immigration and Naturalization Service alleges Dos Reis has an expired visa and is in the country illegally.

The federal charge carries a maximum 15-year prison sentence. Dos Reis' lawyer said he will probably be arraigned next week.

Long's body was discovered in Greenwich early Monday using information provided by Dos Reis, officials said. She was last seen Friday at a shopping center in Danbury, about 25 miles from Greenwich.

After a search of the mall and the surrounding area, investigators began to focus on her Internet contacts, the mayor's office said in a news release.

"She was a very good student and a very good cheerleader. She was very spirited, just a doll," said Cappiello, who taught Christina's fifth-grade English and religion classes.

But the girl also had a tougher side, Cappiello said.

"She was streetwise," she said. "But you could see the other side coming up, too. It's clear she was very torn in both directions."

Police said the teen-ager routinely had sex with partners she met on the Internet and that she had been with Dos Reis several times, The News-Times of Danbury reported.

Christina came to Danbury two years ago to live with her aunt, Shelly Rilling, because her parents had substance abuse problems.

Rilling, who was eventually awarded custody of the girl, has declined to comment. Police said she apparently did not know anything about her niece's online activities.

Dos Reis has lived in the United States since he arrived here from Brazil at age 10, Paquette said. He attended Greenwich High School and had no criminal record.

He lives in a rented apartment with his wife, a receptionist, and worked long hours at his father-in-law's restaurant in nearby Port Chester, N.Y., neighbor Omar Moreno said.