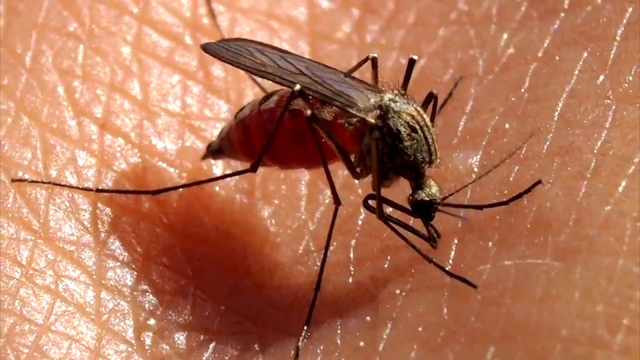 This brings the total number of people with locally transmitted Zika to 14, according to the Florida Department of Health (DOH).

Officials say they believe the active spread of Zika through mosquitoes is still only occurring in one small area in Miami-Dade County.

The governor also called on the CDC to activate an Emergency Response Team to assist local officials in their investigation, sample collection and mosquito control efforts.

Of the 10 new individuals announced today, six were not experiencing any symptoms of illness.

Most people infected with Zika will either have mild symptoms, including fever, rash, and joint pain, or no symptoms at all. The virus is mainly dangerous for pregnant women because it has been found to cause severe birth defects in babies.

On Monday, the CDC issued a travel advisory urging pregnant women to avoid visiting the Wynwood area of Miami, where the locally-transmitted cases are believed to have occurred.

However, some experts said the warning zone should be expanded, and expressed concern that the number of cases may be undercounted.

The health department said it tested "close contacts and community members within a 150 meter radius, the maximum distance that Aedes aegypti mosquitoes are known to travel." But some research suggests that the mosquitoes are actually capable of traveling -- and spreading the virus -- up to 800 meters.

"That would suggest public health department should be testing close contact and community members in a greater radius, and may currently be undercounting the number of infected people," said CBS News chief medical correspondent Dr. Jon LaPook.

Dr. Peter Hotez, a tropical medicine expert at the Baylor College of Medicine in Texas, said the CDC travel advisory should be expanded to include all of Miami-Dade County.

"If you're pregnant or think you might be pregnant, avoid travel to Miami, and possible elsewhere in South Florida," he told The Associated Press. "I'm guessing most women who are pregnant are doing that. I don't think they're sitting around for the CDC to split hairs and fine-tune it to a specific area."

There have been more than 1,600 cases of Zika in the continental U.S., but until this handful of cases emerged in South Florida last week, all the patients were people who traveled in areas of Latin America and the Caribbean where the virus is actively spreading or who had sexual contact with someone who traveled.

Experts have long warned that locally transmitted Zika would likely come to the U.S. this summer, but they say major outbreaks are not likely in this country.

Dr. Anthony Fauci, director of National Institute of Allergy and Infectious Diseases, told "CBS This Morning" that the Florida cases were "not at all unexpected given the number of travel-related cases that we know are in the United States, many of which are in Florida."

He said there's "no doubt" that more local cases will arise.

"The critical issue now is to prevent these locally acquired cases from becoming sustained and from becoming disseminated," Fauci said. "There's a lot of activity going on by the local health authorities of very aggressive mosquito abatement control in order to prevent this spread beyond the Dade County area."

These efforts include eliminating standing water where mosquitoes breed, and spraying larvicide and insecticides.

To protect themselves from mosquito bites, people -- especially pregnant women -- should use insect repellent with DEET, cover bare skin with pants and long sleeves, and stay indoors with air conditioning or window screens.